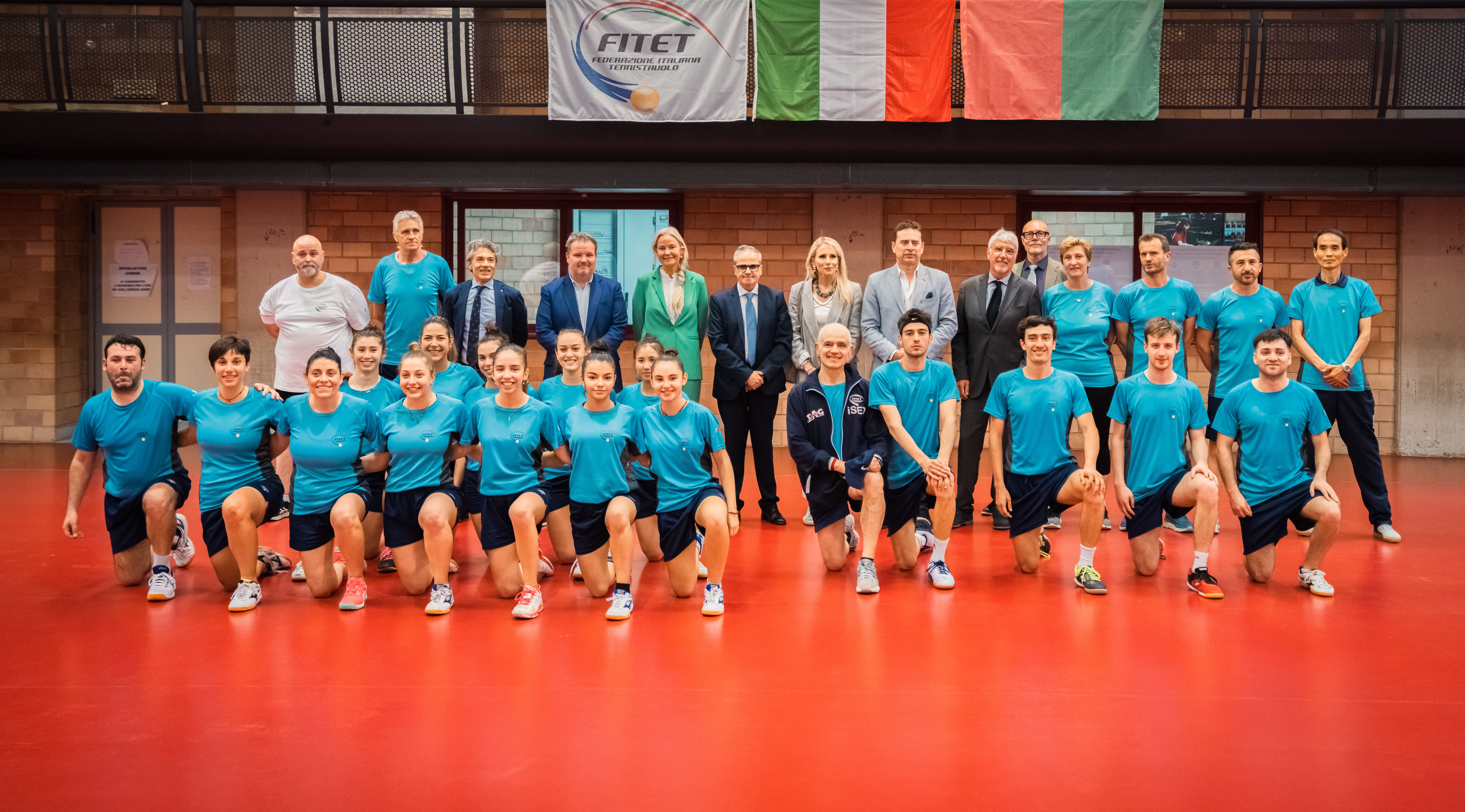 All roads lead to Rome, a famous phrase and one that applied recently to Petra Sörling, ITTF President, and Steve Dainton, ITTF Chief Executive Officer.

Together with Pedro Moura, the acting President of the European Table Tennis Union, they visited the technical center of the Italian Table Tennis Federation, located in Terni.

Rome the destination but in less than one month’s time it will be another Italian city on which eyes will focus.

First staged in 1995 in Vienna, Rimini will host the Stag 2022 European Veteran Championships, the tournament’s 14th edition, the second when the Italy has been the destination. Courmayeur was the home in 2003.

Understandably as the sporting world returns to full calendars following the pandemic, there has been a quite staggering response.

No less than 3,000 players, 800 accompanying persons and over 200 volunteers, including umpires, referees and administrators, are set to descend on the Rimini Expo Centre.

“What you are organising in Rimini is very important. These 3,000 athletes do not go to Rimini just to play, but also to reunite after the pandemic. I have been playing since I was eight, I love my sport. As a child I used to play it everywhere, on every surface, to the disappointment of my older sister! What you showed today is exciting (referring to a video on the activities organised by FITeT), it reminds me how wonderful this sport is.” Petra Sörling

Impressive at the senior end of the age scale, the same applies at the younger end.

Italian teenagers, Andrea Puppo and Nicole Arlia, have made their presence felt this year at WTT Youth Contender tournaments.

In early March, Andrea Puppo was an under 19 boys’ singles semi-finalist in Vila Real, in the same month Nicole Arlia was the under 17 girls’ singles runner up in Spa.

Earlier, in February, she had been in form in Tunis, on that occasion the under 19 girls’ singles silver medallist.