World Under-20 Champs underway in Cali 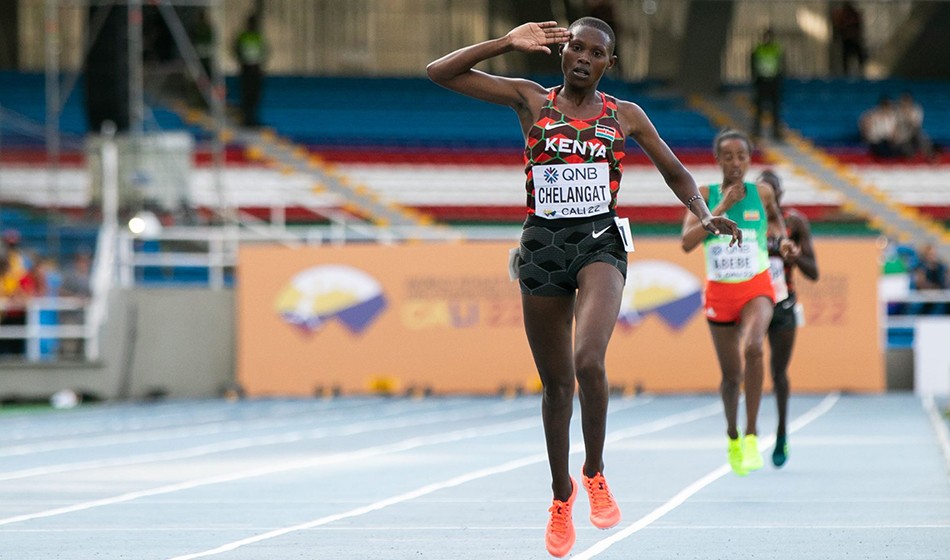 The Ethiopian runner-up, who reportedly is just 15 years old, has an 8:44.82 PB from the Rabat Diamond league.

Finland’s Ilona Mononen was the top European in fifth in 9:21.12 in hot conditions.

It did not go as well for Kenya in the men’s 5000m as they managed just a sixth and an eighth place.

As expected, Letsile Tebogo, who impressed in Eugene with a world under-20 record, set another record here as his 10.00 (-0.6) was a championships best.

Malaysian Muhd Azee Fahmi also impressed with a 10.09 (0.8) in a different heat.

Sammy Ball is well placed after a superb first day in the decathlon.

Overnight that gives him a 4046 score putting him fourth, 99 points off of a medal position as Netherlands’ Gabriel Emmanuel (4276) – only 12th in last year’s European Under-20 Championships – leads from Sweden’s Jacob Thelander (4192) and Canada’s Nate Paris (4145).

Another Dutch athlete in great form was Matthew Sophia who was dominant in the 110m hurdles heats as his 13.10 was a world under-20 lead though no wind was recorded.

Zara Obamakinwa qualified superbly as the third best in the discus with a 51.99m PB. Her previous best was 50.19m.

Sweden’s Emma Sralla with 54.51m was clearly the pick of the throwers.

Gemma Tutton had a clear record in the pole vault qualifying and a 4.05m sufficed to make the final as joint best rather than the originally advertised 4.25m.

Cleo Agyepong qualified for the shot final with a throw of 14.63m as Uzbekistan’s Malika Nasreddinova headed the 12 qualifiers with a PB 16.13m.

American Juliette Whittaker was the quickest women’s 800m heat qualifier with 2:04.92 as Abigail Ives easily qualified for the semi finals with a second place 2:07.35 in her heat.

However, Iris Downes failed to advance as her 2:10.56 left her 16 hundredths of a second short of an automatic qualifying spot.

Cuban Alejandro Parada was the pick of the long jumpers with a 7.95m leap.

Germany’s Tizian Lauria was the only shot participant to exceed 20 metres as he threw 20.15m.