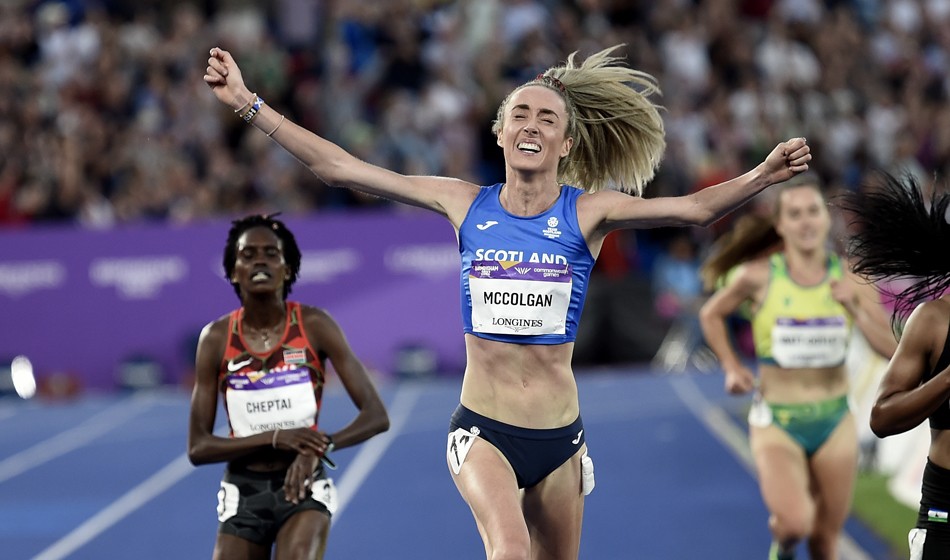 This year Eilish McColgan has battled internet trolls, suffered an untimely bout of Covid and struggled to run without pain at last month’s World Championships in Eugene due to a hamstring problem.

On Wednesday night at the Commonwealth Games in Birmingham she faced another challenge in the shape of Irine Cheptai of Kenya but, entering the home straight of an epic 25-lap race, the Scottish athlete dug deep into her reserves to sprint to glory in a Games record of 30:48.60.

Willed on by the deafening sound of 30,000 fans in the Alexander Stadium, McColgan emulated the feat of her mother, Liz, who won the same Commonwealth 10,000m title in Edinburgh in 1986 before successfully defending it in Auckland in 1990. The young McColgan was born a few months after her mum’s victory in New Zealand, too.

For both mother and daughter the Commonwealth 10,000m has proved to be the first major title of their careers. Illustrating the power of genetics, Eilish’s victory also comes just days after a father-son combination featuring another Scottish athlete, Jake Wightman, enjoyed global 1500m success in Eugene.

“It has been such an up-and-down year. But I knew the fitness was somewhere in me,” said McColgan. “Having my family here and the crowd here… it was vibrating through my whole body. I just wanted it so badly.”

A story of persistence, this was McColgan’s first Commonwealth title after finishing in sixth place at previous Games in the 1500m, 3000m steeplechase and 5000m.

Her proud mother said: “For me, as a mother and coach, to see your daughter winning is amazing. She ran the race the way I knew she was capable of. It has been a long time coming and I know all the hard work she does. It is great that it all came together.”

The race began in slow, cagey style, which was merely an invitation for McColgan to take up the pace. Some athletes are reluctant leaders but not the 31-year-old. It suits her style to stay out of trouble and to force the pace in aggressive fashion. Once in pole position she led through one mile in 5:10, 3km in 9:27.88 and 5km in 15:38.02.

By this stage the field had splintered a bit but McColgan still had Kenyan duo Cheptai and Sheila Kiprotich for company, as well as Stella Chesang of Uganda and England’s Jess Judd.

The Scot was not going to have it all her own way and the Kenyan pair hit the front with 10 laps to go. They began to draw away, too, with McColgan still ahead of Chesang and Judd, while there were further gaps to Dominique Scott of South Africa, then Sam Harrison of England and Sarah Inglis of Scotland.

At 8km McColgan went back into the lead, however, and with 1km left Kiprotich began to lose contact, which meant it would come down to a duel between McColgan and Cheptai.

Into the final lap Cheptai led, with the crowd favourite poised to strike close behind. The supporters in the stands had become increasingly noisy as they realised they were watching a special race and, as the final 400m unfolded, the roar was huge as they willed the Scottish athlete to victory.

Rounding the final turn an inspired McColgan found a gear that she probably didn’t realise existed by powering past Cheptai. Raising her arms as she crossed the line, within seconds she was handed a Scottish flag to celebrate the moment. Her second 5km was an impressive 15:10.6. The final kilometre was 2:51 and her last lap a lung-bursting 63.1.

“I knew the Kenyans were super strong and would put in bursts,” said the winner, whose father Peter was also a Commonwealth Games competitor in the steeplechase. “But you can see in that last 100m that I wanted gold. It is an absolute dream. It is so special to have it here in the UK.”

READ MORE: I get trolled but I don’t care

A sporting Cheptai said: “I’m so happy to be a silver medallist. I went into the race hoping for a medal and that’s what I got. I’m so happy to do this for Kenya.”

Now McColgan must decide how many track races to tackle this summer before building up to her marathon debut in London on October 2. All year her form on the roads has been spectacular and now, following this track title, there will be huge anticipation over what she can achieve over 26.2 miles.

In February the European 5000m silver medallist broke Paula Radcliffe’s British half-marathon record of 66:47, after clocking 66:26 at Ras Al Khaimah. In addition she has broken the British 5km record, European 10km record and set a British best over 10 miles.

Who would bet against her now emulating her mother again by winning the London Marathon one day?