'Game-changing' Durant to own pickleball team 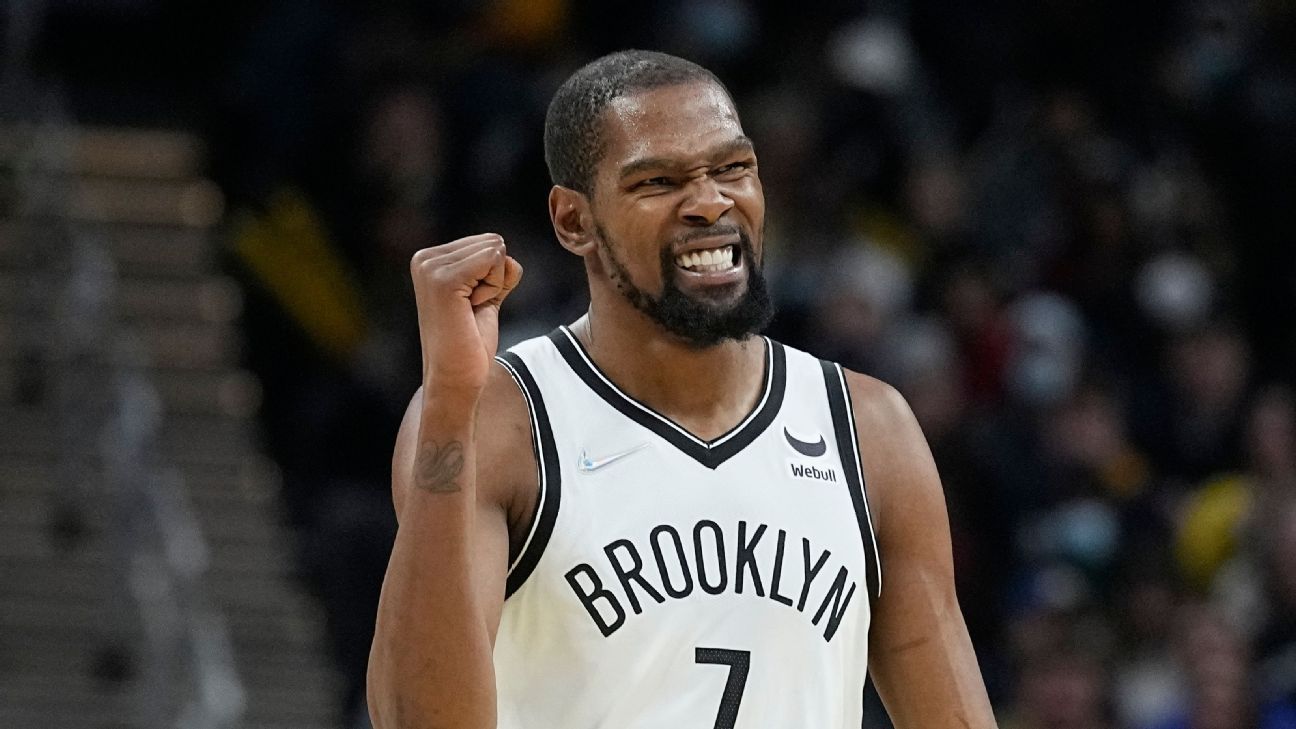 Kevin Durant has joined the list of superstar athletes to own a pickleball team.

Durant was announced Thursday as an owner of a Major League Pickleball expansion team, along with manager Rich Kleiman and their joint Thirty Five Ventures.

"35V is committed to investing in the future of sports and emerging opportunities, and Major League Pickleball is a league we are incredibly excited about," Kleiman said in a news release. "We can't wait to build this team from the ground up as well as work to elevate the sport and the league to unprecedented heights. As an avid pickleball player and fan, the interest in the sport was a natural fit."

Thirty Five Ventures will be involved with the expansion team "as a full-time venture," according to the release, and will manage all aspects, including marketing and player relations.

Durant said he "never thought" he would get into pickleball in a video on Boardroom, which 35V owns, but the Brooklyn Nets' star forward said the sport became a "small passion" after Kleiman got him onto the court to play for himself.

"Kevin Durant, Rich Kleiman, and 35V are going to be game-changing partners for Major League Pickleball," Steve Kuhn, the MLP CEO and founder, said in the release. "They not only bring passion for the game, but also unrivaled expertise to help us to continue to grow. We're especially excited about their plans to bring pickleball to underserved communities -- something they have done with basketball for years."

LeBron James was previously announced as an owner of an MLP expansion team, alongside Maverick Carter, Draymond Green and Kevin Love. Tom Brady and Kim Clijsters also were named as part of an ownership group of another team last week. Drew Brees and James Blake are also investors in the league.

The MLP, which was founded in 2021, will expand from its current 12 teams to 16 in 2023 and will double its annual events to six. The league said prize money is expected to surpass $2 million next season.

In the Boardroom video, Durant said their next steps would be to figure out a city for the team to play in and represent, and to find the right players for their vision.

"We really, really want to leave our mark from day one on how hard our team is going to play and how successful we're going to be as a group," the 12-time NBA All-Star said.