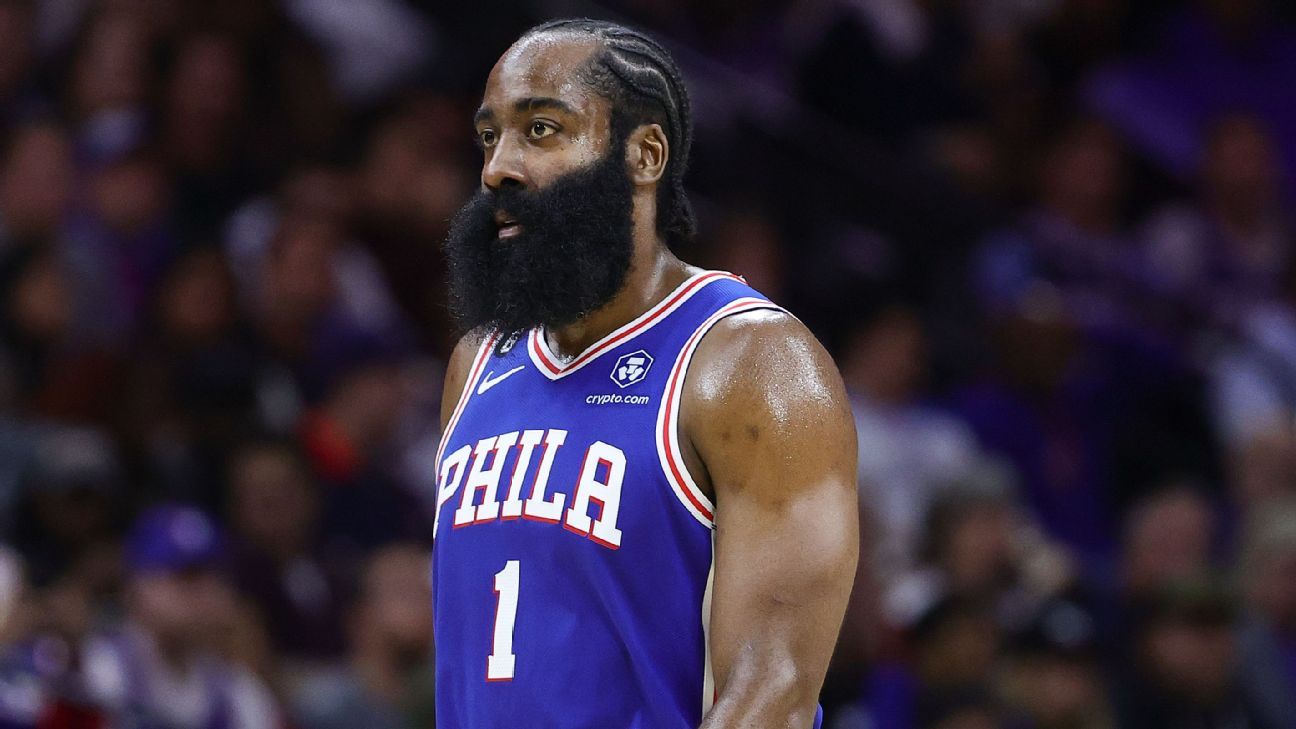 PHILADELPHIA -- James Harden ended last season saying that with a full offseason to work on his game ahead of him, he'd look like a different player this season.

Following a second straight terrific performance to begin the season for the 76ers Thursday night, scoring 31 points to go with eight rebounds and nine assists in a 90-88 loss to the Milwaukee Bucks that dropped Philadelphia to 0-2, Harden said he feels "really good" after being able to get back to being a "workaholic" in the gym this summer.

"I'm a workaholic, so not being able to put the work in like I normally do was frustrating," Harden said. "This summer, I had that opportunity to, and then even up to this point, I feel really good. So, just continue to put the work in and living with the results, and that's what I live by.

"But for me, it's not even about the individual. Individual [play] is great, and I'll do whatever it takes for the betterment of this team, but all of us need to be playing at a high level and that's a part of my job."

When asked another question about his body and how he was feeling, Harden simply said, "I can move now."

Still, Harden's performance wasn't enough for the 76ers. His potential go-ahead jumper in the final seconds over one of the league's best defensive guards, Jrue Holiday, was off-line, with Harden later saying it was a good look, and not a great one.

The 76ers found themselves in a position to win the game at all thanks to the work the small-ball lineup of Harden, De'Anthony Melton, Danuel House, Tobias Harris and P.J. Tucker did earlier in the fourth quarter, erasing a 13-point Bucks lead to drag Philadelphia back into the game.

But the Bucks wound up surviving thanks to Grayson Allen kicking out to a wide-open Wes Matthews -- after Harris left him to help on Allen's drive -- with 24.7 seconds to go for what turned into the game-winning shot.

"It was a mental mistake," Harris said. "I thought Grayson Allen had a good cut into the lane, but with that time and score, no 3s at that period in time, so that's on me."

Eventually, though, 76ers coach Doc Rivers went back to superstar center Joel Embiid, who checked back into the game with a little over five minutes remaining. It was a rough night for Embiid, who had 15 points, 12 rebounds, 3 assists and a blocked shot but was 6-for-21 from the field -- including 0-for-7 in the second half -- and committed four turnovers.

"I don't know if the Bucks did anything [against him]," Rivers said. "He just didn't have a great game. He's human. He didn't have one of his better games. He did a lot of other things for us."

Harden, on the other hand, had a strong game for a second straight time to open the season. He had 35 points, 8 rebounds and 7 assists Tuesday in the loss in Boston in Philadelphia's season opener, and became the third player in 76ers history -- joining Hall of Famers Wilt Chamberlain and Allen Iverson -- to score at least 30 points in his first two games to begin a season, according to ESPN Stats & Information research.

After becoming a superstar with the Houston Rockets by making layups, 3-pointers and free throws, Harden's success Thursday came in a surprising way: by living in the midrange.

His seven made midrange jumpers were a career high, per ESPN Stats & Information. They were also a third of the 21 he made all of last season, when he had only one game in which he made more than one midrange jumper.

"I've been working on my game this summer, so I just took what the defense gave me," Harden said. "I had a couple 3s that I missed, but you can't control it. You put the work in and you live with the results. Tonight, they gave me midrange shots and I lived with the results."

So, too, could the Bucks, who won their season opener on the road with Khris Middleton, Pat Connaughton and Joe Ingles all sidelined with injuries -- a feat superstar Giannis Antetokounmpo said was important for his team moving forward.

"I definitely want to be more aggressive," Antetokounmpo said after admitting he could take his game another "step" after finishing with 21 points, 13 rebounds, 8 assists and 3 blocked shots. "But at the end of the day, it doesn't really matter. I didn't have to be aggressive for 48 minutes to win the game today. I came into this season with the mindset to trust my teammates and share the ball and sacrifice as much as I have to sacrifice in order to get everybody involved and get everybody where they need to be, and if that helps me win games, I'm the first guy that's going to do that."