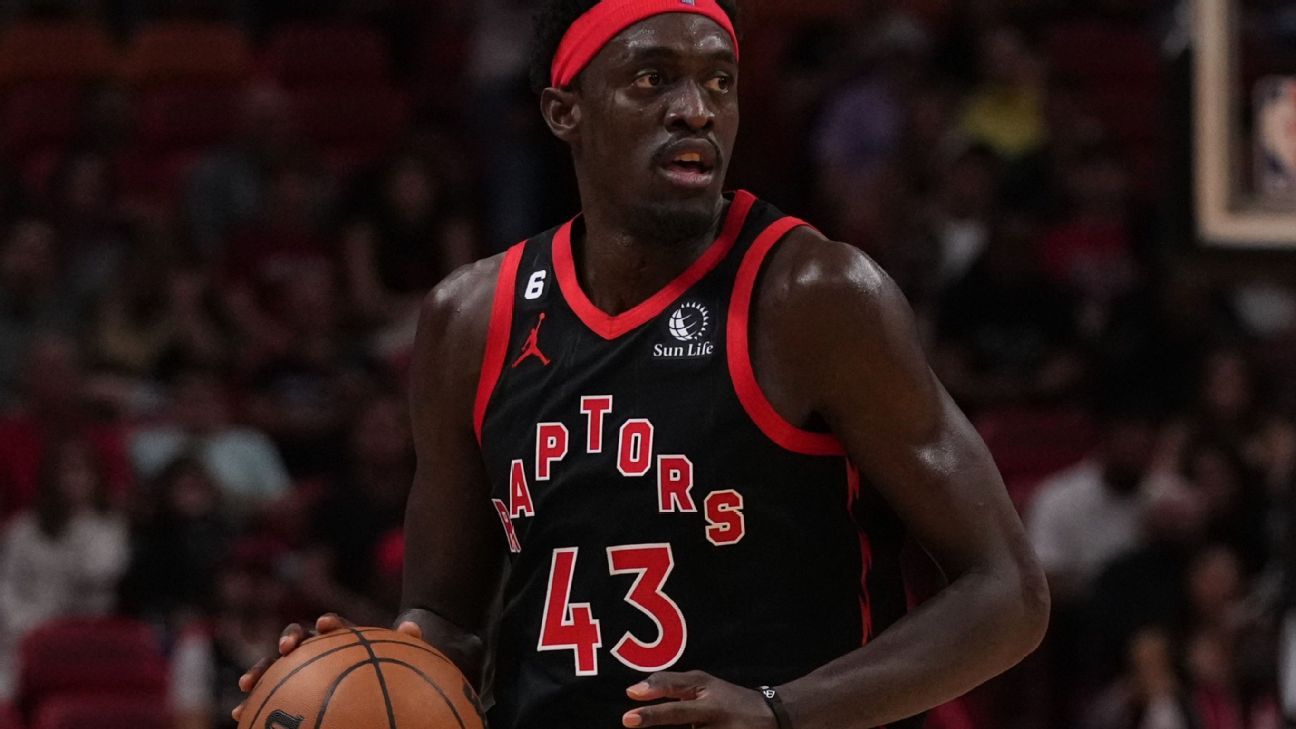 MIAMI -- Pascal Siakam and Christian Koloko made history for their native Cameroon on Monday night. And they might be involved in more later this week.

Siakam and Koloko were both in the starting lineup for the Toronto Raptors against the Miami Heat. It marked the first time in NBA history that two players from Cameroon started a game together.

Monday's game marked the 31st time in NBA history that two players from Cameroon started the same game -- but in each of the first 30 instances, they were starting on opposite teams. Most of those were games between the Raptors and Philadelphia 76ers, ones that featured Siakam and Joel Embiid.

There have never been three starters from Cameroon in the same game. That may change this week; the Raptors play Philadelphia on Wednesday and Friday. Embiid, Siakam and Koloko are all former Basketball Without Borders Africa campers.

Koloko, a 7-foot-1 rookie, got his first start in his fourth career game and took the spot vacated by Scottie Barnes -- who was sidelined by a sprained ankle. Siakam is in his seventh season with the Raptors and his fifth as a full-time starter.

Both Koloko and Siakam hail from Douala, a city of nearly 6 million on the Atlantic Ocean coast. Monday's game in Miami tipped off at 12:40 a.m. Tuesday in their home city.

Koloko making his NBA debut last week was a big deal in his homeland, as evidenced by all the middle-of-the-night texts he was getting from friends and family in Cameroon.

"I remember those times, being in that moment where everyone is excited for you," Siakam told The Canadian Press last week. "Who would have thought we'd both be here? That's crazy."

Koloko is the fifth native of Cameroon to start an NBA game, joining Siakam, Embiid, Luc Mbah a Moute and Ruben Boumtje-Boumtje.

The Raptors have eight international players on their roster, marking the second consecutive season with Toronto leading the league in that department to start the season.