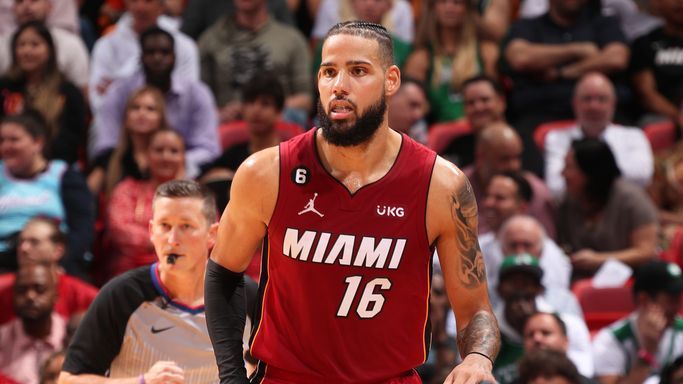 Martin was suspended by the NBA for Monday's game, a 98-90 Heat loss, after the league determined he was the instigator in the scuffle that spilled into the baseline seats near the Miami bench two nights earlier.

Martin said he accepted his sanction, and said his only issue with the penalties handed out during the game and from the league Sunday was that Koloko paid too high a price.

"I don't think that Christian should have gotten thrown out or ejected anyways. He did what he had to do," Martin said Monday.

Both Martin and Koloko were whistled for technical fouls and ejected from Saturday's game. Koloko was fined $15,000 for grabbing Martin during the altercation.

Heat rookie Nikola Jovic, who was found to have left the bench area during the incident, also was suspended for Monday's game.

Martin fouled Koloko as the two jostled for position on a rebound early in the third quarter, with the Raptors rookie ending up on the ground. Martin walked toward him, Koloko bounced up quickly, tempers flared and Martin then drove Koloko backward into the seats -- the ones taking the brunt of the impact not occupied by any fans at that time. There were some fans in nearby seats who had some contact with those involved in the scrum.