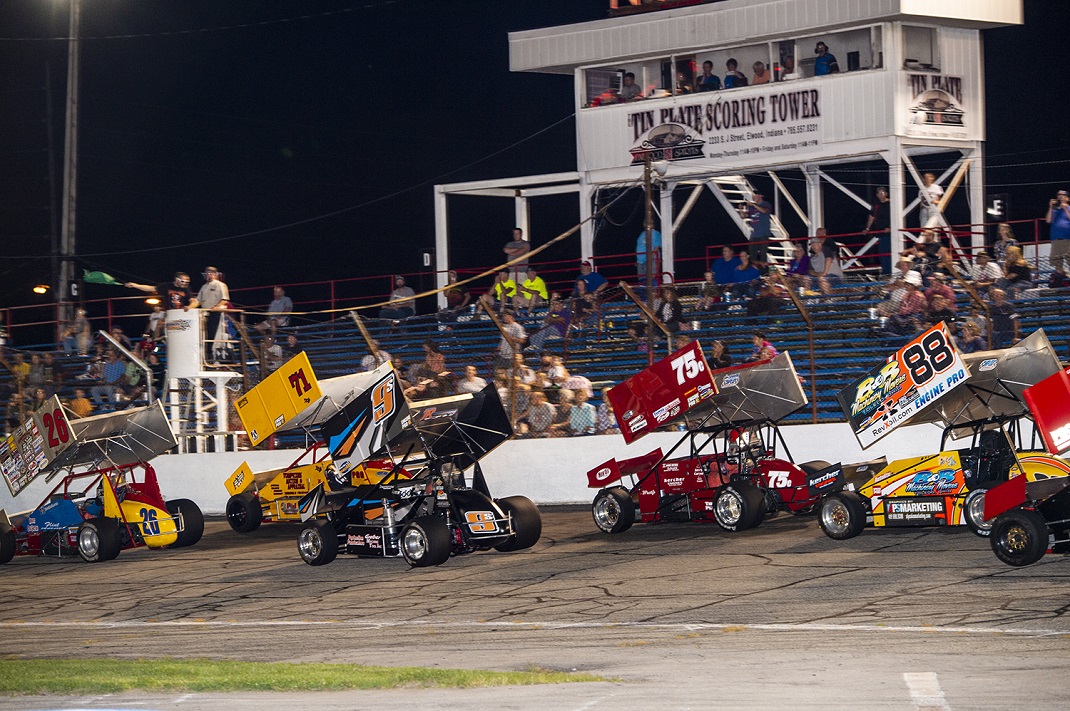 HOLLY, Mich. – After a longer-than-anticipated offseason, the Must See Racing Sprint Car Series presented by Engine Pro will kick off its new season on May 4 at one of its longest-running facilities, Indiana’s Anderson Speedway.

Leading the charge for the series regulars will be four-time defending series champion Jimmy McCune, who romped to another title last season on the strength of five victories during the course of the year.

McCune, who boasts a series-best five victories at Anderson (2010, 2015 hat trick, 2017), will be looking to get back to victory lane there after being bested by a dominant Chris Neuenschwander one year ago.

Neuenschwander is expected to be back, however, to try and defend his victory from last year’s Must See Racing 50, again driving the No. 10n Pro Strip/NAPA Auto Parts entry for car owner Ron Koehler.

His victory last fall saw the New Haven, Ind., veteran charge from seventh to the win, lead 48 out of 50 laps and put all but runner-up McCune a lap or more down by the time the checkered flag waved in one of the most dominant performances in series history.

Aside from McCune and Neuenschwander, longtime series veteran Tom Jewell will be back in the White Hare Racing No. 7 to take another stab at securing his first Must See Racing victory, while National Sprint Car Hall of Famer and three-time Pay Less Little 500 champion Jeff Bloom is also expected to compete.

Canadian Ryan Litt will return to Must See Racing competition this season in hopes of unseating McCune for the series championship, with former supermodified ace Charlie Schultz and McCune’s nephew – Anthony McCune – also projected to be title contenders, as well as in the mix for an Anderson victory.

The list of non-series regulars who could play a factor at Anderson is equally as loaded, too, with North Carolina’s Tony Grams and Ohio’s Trey Osborne among those with plenty of bullring experience.

Osborne is a past Mel Kenyon Midget Series winner at the Anderson quarter-mile and will pilot the Mike Blake Racing No. 81, while Grams is entered in his own No. 22 machine.

The Must See Racing 50 at Anderson will be broadcast live on pay-per-view by Speed Shift TV, as well as taped for broadcast on the SPEED SPORT television series on MAVTV. United States Auto Club pit and infield reporter Georgia Henneberry will serve as the pit reporter for the SPEED SPORT broadcast.

And while the likely winner of the season opener won’t be known until the first Saturday in May, one thing is for certain: with more than 20 cars projected to be in attendance, the action on the track will be fast, furious and entertaining – all hallmark qualities of The World’s Fastest Short Track Cars.

In addition to the Must See Racing sprint cars, late models, Legend cars and the Midwest Champ Carts will also be on the racing card for the May 4 program.

Pit gates will open at 3:30 p.m. on Saturday, with rotating practice beginning at 5 p.m. Qualifying will start at 6:30 p.m. and racing will begin at 8 p.m., immediately following opening ceremonies.

More in this category: « East Carolina Backs Weatherman & Ware At Bristol Chris Tilley: A Racing Life »
back to top