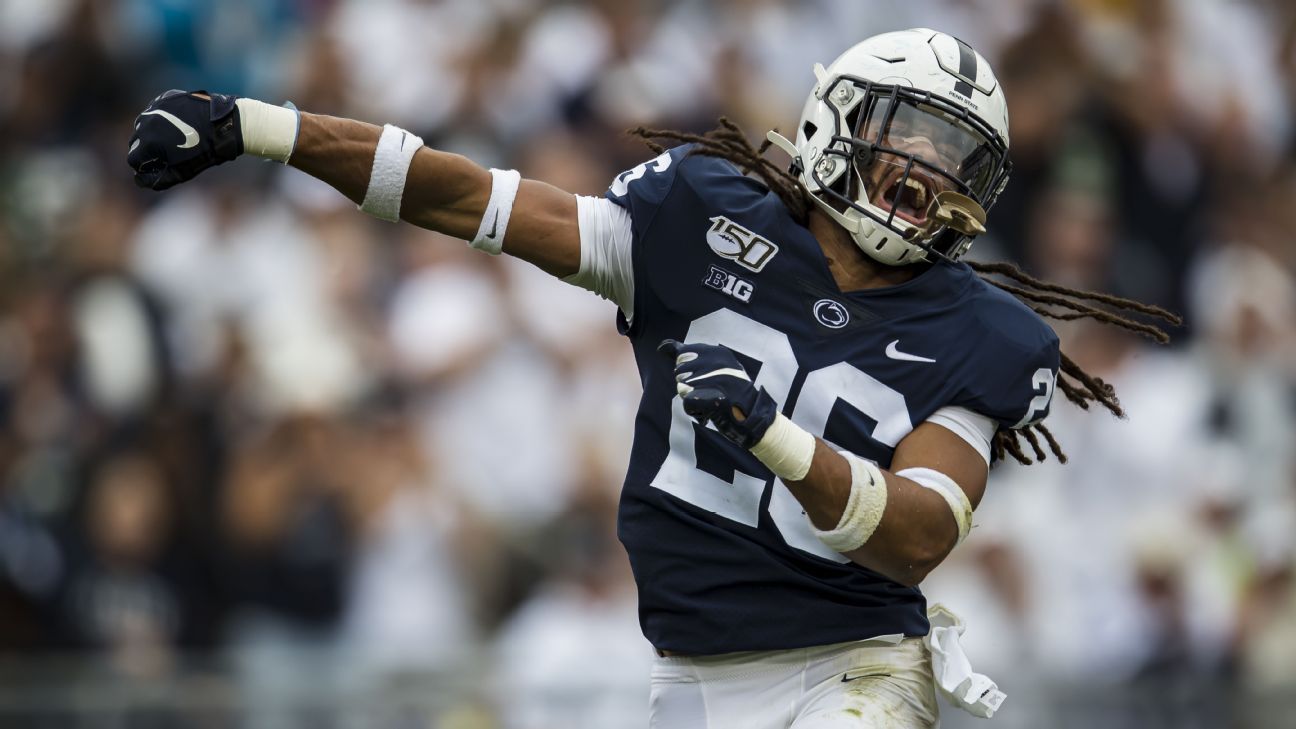 Penn State personnel confiscated T-shirts bearing the words "Chains, Tattoos, Dreads, & WE ARE" that Nittany Lions football players were wearing during the pregame portion of Saturday night's contest at Iowa.

According to ESPN's Holly Rowe, coach James Franklin was upset that his players did not discuss beforehand their intentions to wear the shirts.

"While we are supportive of our students expressing themselves in a thoughtful manner, they are expected to wear team-issued apparel on game day," Penn State said in a statement released during the game. "We asked our students to remove the shirts out of an abundance of caution for NCAA compliance."

According to Rowe, one player told her the shirts were made and worn as a show of support for safety Jonathan Sutherland, who last week received a letter from a man who identified himself as a Penn State alum who was critical of his appearance.

The players are "unified" behind Sutherland, Rowe said she was told.

The story took on a life of its own, with Franklin issuing an impassioned defense of Sutherland at his weekly news conference.

"Jonathan Sutherland is one of the most respected players in our program," Franklin said of the redshirt junior. "He's the ultimate example of what our program is all about. He's a captain, he's a dean's list honor student, he's confident, he's articulate, he's intelligent, he's thoughtful, he's caring and he's committed."

According to Rowe, Franklin said he thought the T-shirt message was not needed because the team had already addressed the issue earlier in the week.