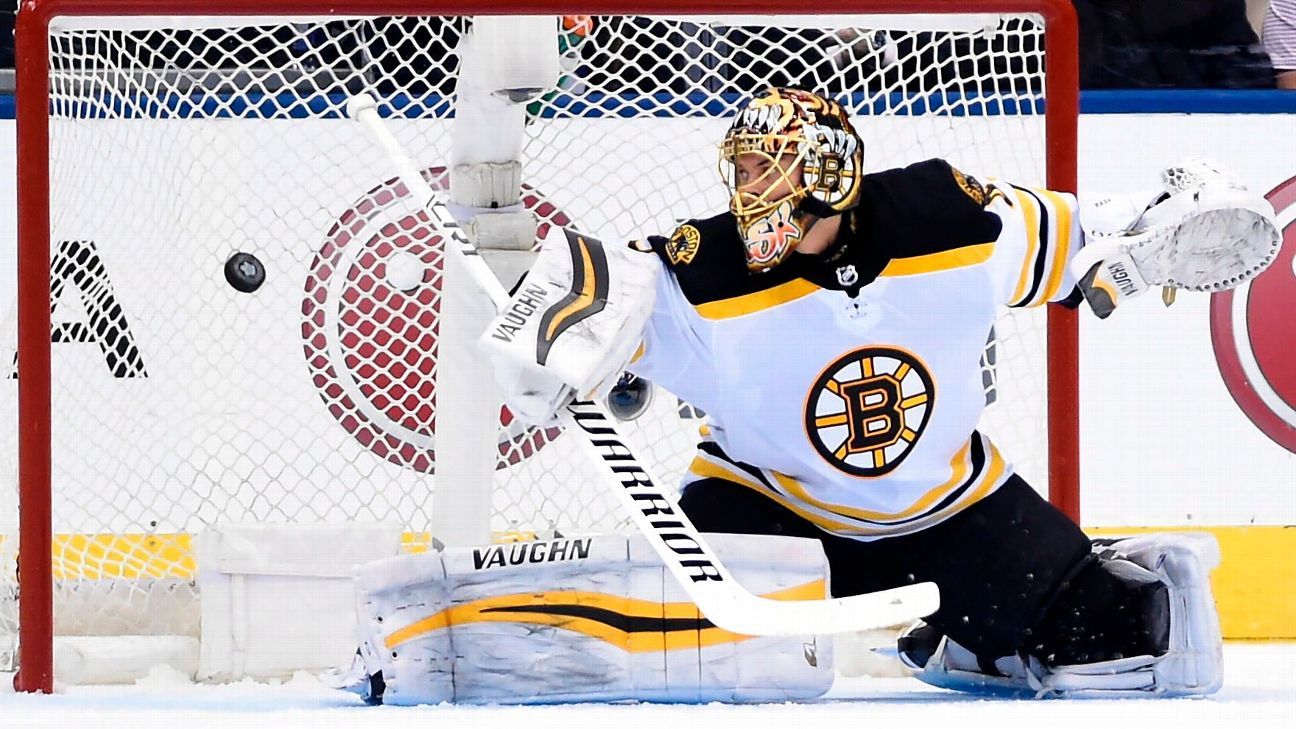 "I hope fans recognize what he did tonight. I think you have to, as a fan, acknowledge when a player plays well. I know in this town when you don't, you hear about it -- that's fine, too. But tonight he played well, and hopefully the people get behind him."

Rask stopped 32 of 33 shots as Boston defeated Toronto, 5-1, in Game 7 of their first-round series. It's the second straight year Toronto's season ended in this fashion.

Boston's first three goals were scored by bottom-six forwards -- Joakim Nordstrom, Marcus Johansson and Sean Kuraly -- but the star of the night was Rask, the 32-year-old Finn.

"Hopefully, he can continue to build on his playoff legacy. It's a big Game 7 win," Cassidy said. "I believe he was our best player."

Rask's cap hit is $7 million, which is the fourth-highest among goalies in the league. Despite winning a Vezina Trophy in 2014, leading Boston to consistent regular-season success and long playoff runs, Rask is often polarizing among fans. It began in the 2010 playoffs, when Rask allowed 15 goals in four games as the Flyers became the third team in NHL history to come back from a deficit of 0-3 to win a playoff series.

When asked if a Game 7 will help cement his legacy, Rask said: "The big audience will decide that. I just try to prepare myself the same way every game. It helps with experience, you don't want to get too high or too low."

The Bruins limited Rask's workload this season, thanks in part to strong play from backup Jaroslav Halak. Rask took a brief leave of absence for personal reasons in November and also missed 12 days in January after sustaining a concussion. Rask started only 45 games -- his fewest since becoming Boston's regular starter. It was down from his 53 starts last season and significantly down from his career-high of 67 starts (and 70 appearances) in 2014-15.

"We limited his workload this year and wondered how it was going to affect him in the playoffs," Cassidy said. "And I think tonight, hopefully, we got some residual effects of that."

"The workload hasn't been too much," Rask said. "So I feel fresh."

Rask especially shined in the second period, as Toronto amped up the pressure with 13 shots on goal. "We broke down, we had a tough time getting the puck out of our own zone," Cassidy said. "He was there for us."

Added captain Zdeno Chara: "They were putting a lot of pucks on net, in the slot, a lot of shots, rebounds, and I thought he was in good position and controlling the rebounds and the shots. I thought he was obviously a difference-maker."

Toronto has lost each of its last three Game 7s -- all against the Bruins. No team in Stanley Cup playoff history has lost three straight winner-take-all games to the same opponent. The only other team in NHL, MLB and NBA playoff history to lose three consecutive winner-take-all games to the same opponent is the Pat Riley-led Miami Heat against the Knicks from 1998 to 2000.

The Bruins will now face the Columbus Blue Jackets in the second round, with Game 1 on Thursday night. The Blue Jackets beat the NHL's top-seeded Tampa Bay Lightning in a shocking first-round sweep. Tampa Bay had matched the NHL record for regular-season wins, with 62.