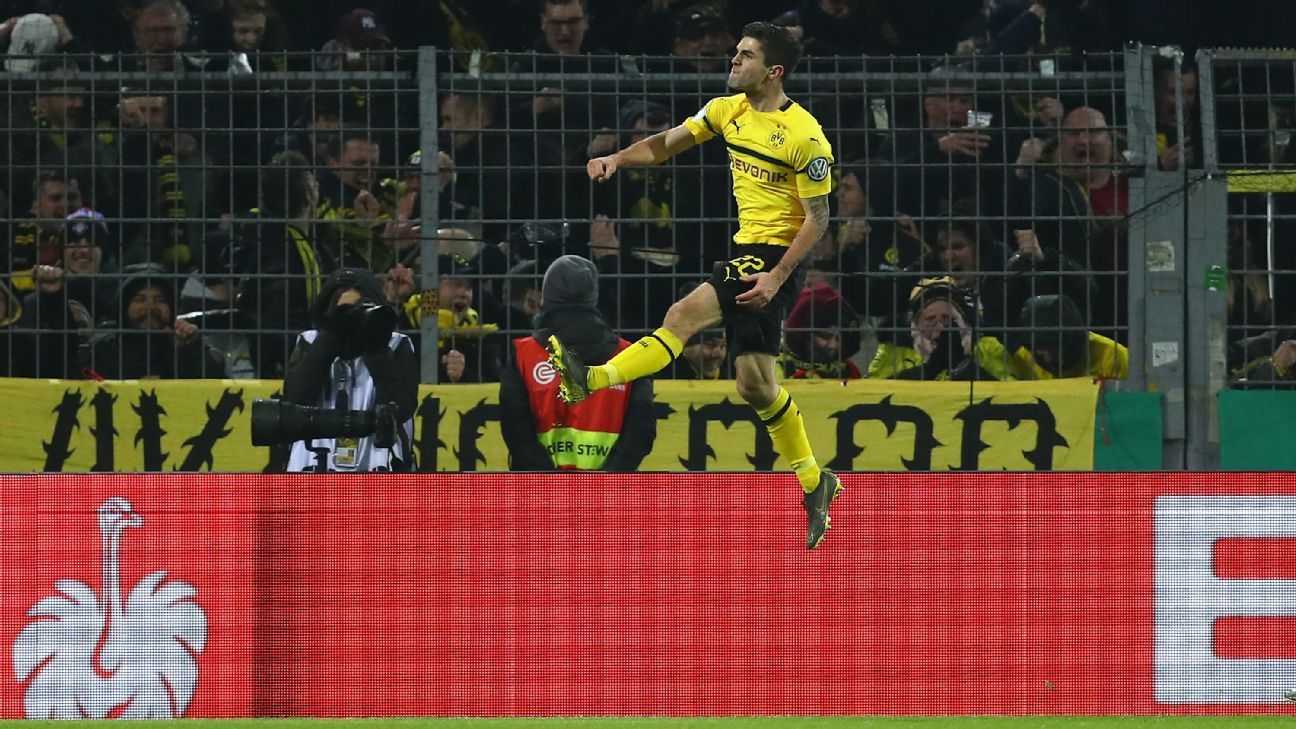 United States star Christian Pulisic is on the brink of another Bundesliga record when Borussia Dortmund host FC Schalke 04 at the weekend.

The future Chelsea midfielder can become the youngest player ever to win 50 Bundesliga games if he features in a Dortmund victory over Schalke in the Revierderby on Saturday.

Pulisic, who would be 20 years and 221 days old at the time of kick-off, would assume the record from Paris Saint-Germain midfielder Julian Draxler, who was 11 days older when he accomplished the feat with Schalke in May 2014.

Plagued by injuries, Pulisic has made only 16 Bundesliga appearances in the 2018-19 season. However, 12 of those 16 matches were victories.

Second-placed Dortmund won the reverse fixture at Schalke, 2-1, on December 8.

Pulisic, who debuted for Dortmund as a 17-year-old in January 2016, became the youngest non-German to score in Germany's top flight and then the youngest ever to score two goals in April of that year.

This January, he joined Chelsea for €64 million, which is a record transfer fee for a U.S. soccer player. He was then loaned back to Dortmund where he will finish out the season.