Man City are like Usain Bolt and Tiger Woods - Pep 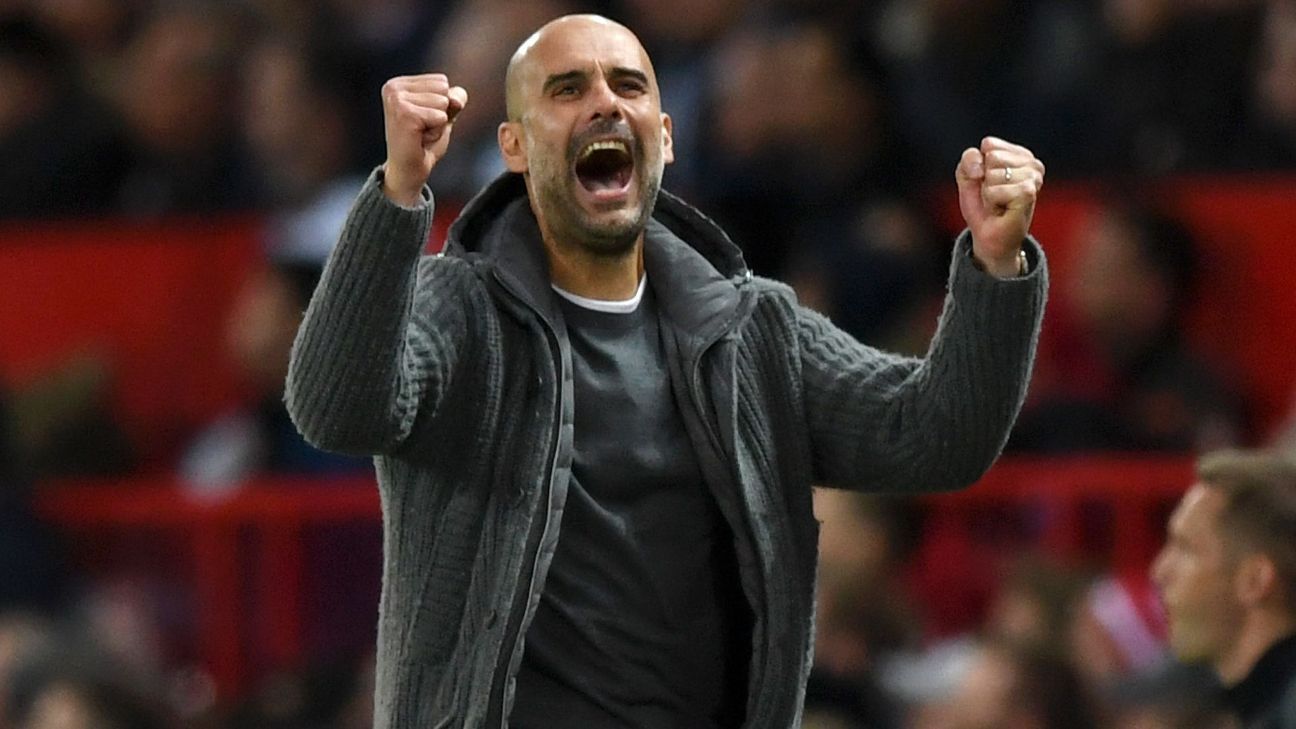 MANCHESTER, England -- Pep Guardiola has compared Manchester City to Usain Bolt and Tiger Woods because of the way they have set a new standard in the Premier League.

City won last season's title with a record 100 points, and will be champions again if they win their final three games of the season.

They have won their last 11 games and must extend that to 14 -- starting at Burnley on Sunday -- to be the first club to defend the title in a decade.

"Before it was easier than last season -- everybody could lose to anybody. This season, two teams won a lot of games. That's the standard we have set," Guardiola told a news conference.

"One hundred points last season? If you want to compete, you have to do that.

"I say right now, to maintain that level now after what we've done, I'd sign for that. I don't expect more than that.

"To do that we have to push each other, knowing the other teams are at the same level as us, focus on every single game, do what you have to do to win that game, respect the opponents, work hard and improve on what we have done this season -- that's the only way I know."

Kevin De Bruyne is ruled out of the trip to Turf Moor with a hamstring injury, while Fernandinho faces a late test on a knee problem.

City beat Burnley 5-0 at the Etihad Stadium earlier in the season, but Guardiola said he expected a much tougher afternoon away from home.

"Always it is hard there, they do really well what they do," he added. "We have to prepare and we are prepared. It's the end of the season, the last games, and everyone feels pressure.

"Today we have day off and then we prepare for Burnley's tough points."