Yanks' Severino likely out until after AS break 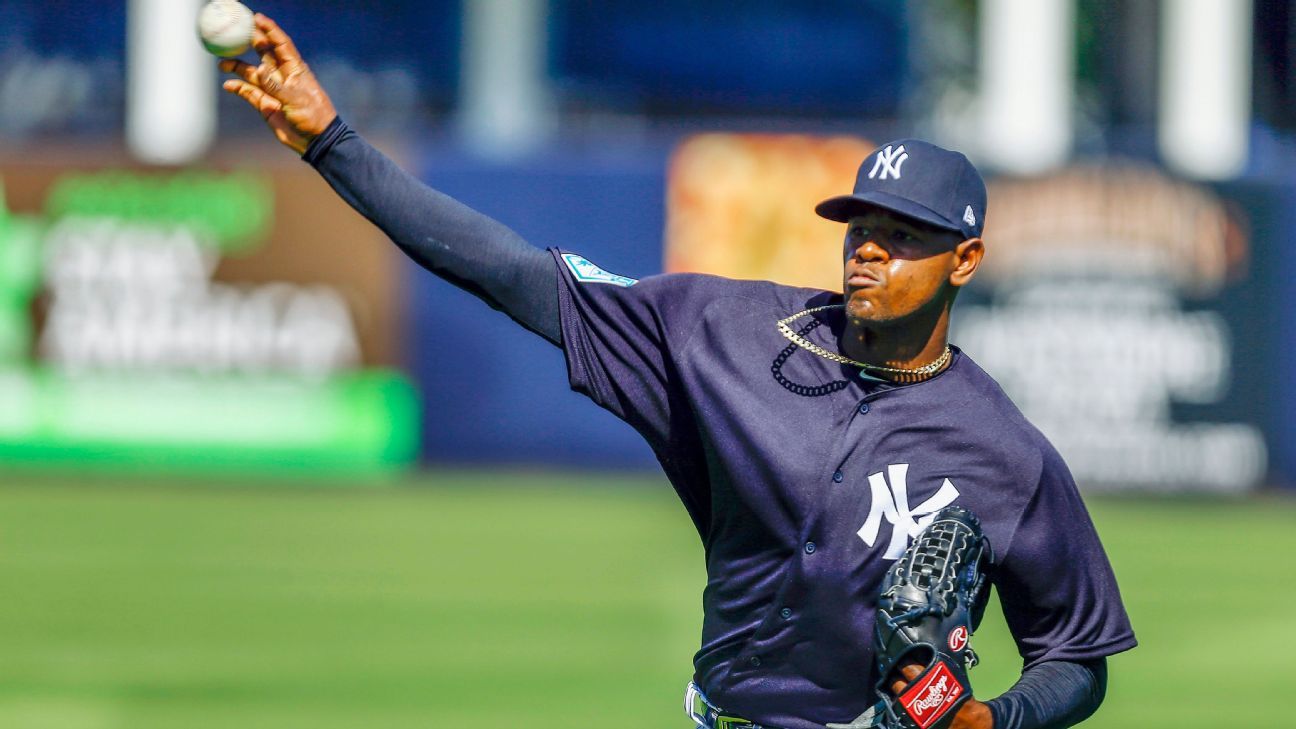 NEW YORK -- Yankees general manager Brian Cashman said Sunday that the club was expecting ace Luis Severino to remain on the injured list through the first half of the season.

"You won't see him until after the All-Star break, in our minds," Cashman said, speaking on SiriusXM's MLB Network Radio's "The Front Office" show.

The Yankees hadn't previously issued a timeline for Severino's return, but it seemed likely that it would occur close to the All-Star break. Severino is resting from the right lat strain he was diagnosed with last month.

Severino is in the middle of the fourth week of six during which he isn't allowed to throw. He will resume a throwing program thereafter.

It was on April 10, while continuing rehab on a separate injury -- right rotator cuff inflammation -- when Severino underwent an MRI to figure out why he hadn't been able to get back from the rotator cuff issue as quickly as anticipated. The lat strain was found on that MRI. Severino later said he believed the injury happened at the same time as the initial rotator cuff injury, which he felt while warming up for a spring training game March 5.

Along with the timeline on Severino, Cashman breezed through a few other injury updates Sunday:

The timing of Frazier's return depended primarily upon how he fared in a rehab game Sunday with Double-A Trenton, Cashman said. Inclement weather, however, forced the game into being postponed.

"He's gone through this before where he has to take a timeout and get an injection and then get going again," Cashman said, referencing an injury he said Paxton had while in Seattle a few seasons ago.

Cashman believes it will be "sometime in June" before Betances is back in pinstripes.

By next weekend, the Yankees could start getting Stanton into rehab games.

The center fielder is currently in extended spring training games at the Yankees' facility in Tampa, Florida. As early as this week, Hicks could begin a rehab assignment with the High-A Tampa Tarpons, Cashman said.

"We're hopeful as early as next weekend he could get activated [with the Yankees]," Cashman added.

With his team at 18-14 entering play Sunday, Cashman said he was pleased with the way the Yankees have weathered their early-season injury storm.

"The record where we stand despite that kind of adversity on the injured list, we'll certainly take and sign up for every day of the week," he said.