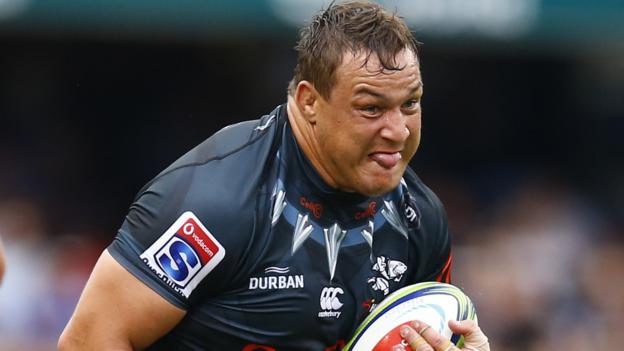 The 30-year-old will join from the Super Rugby side Sharks and is Sale's latest South African recruit following Lood de Jager's move.

Oosthuizen has won 30 caps for South Africa, making his debut against England in 2012 and last playing for the Springboks in November 2017.

"Coenie joining us, along with Lood, is a huge statement of where we want to be," said Sale boss Steve Diamond.

"He is 130kg, can play on both sides of the scrum and has a skill set away from the set-piece that is unique for a prop of his size," added Diamond.

"He also has considerable experience playing with Akker van der Merwe at the Sharks, so I think he will fit in perfectly at Sale."