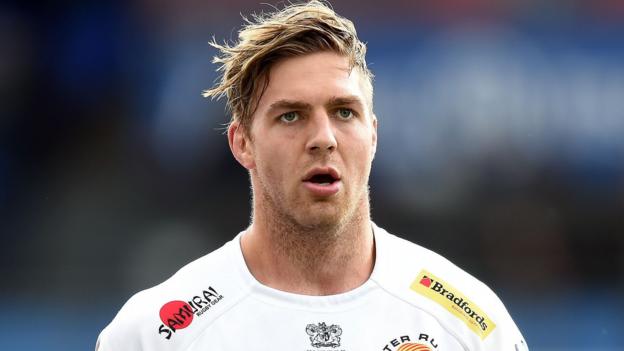 The 26-year-old has agreed a two-year deal with the Falcons, who will play in the Championship next season after being relegated from the Premiership.

Salmon has played 16 times for Exeter since moving from Rotherham in 2017, but has not made a Premiership start.

"The Falcons have a really good team culture which is evident whenever you watch them play, it's an exciting move for me," Salmon told the club website.

"I've really enjoyed my two years with Exeter and developed a huge amount during that time, but the opportunities for game time were difficult to come by.

"I'm looking forward to hopefully getting some more minutes under my belt with Newcastle. I realise that won't be easy because they have a very competitive squad - but I've played up there a few times previously and I'm just keen to get started."