Saurav Ghosal: Banking on wisdom to join the ranks - The New Indian Express 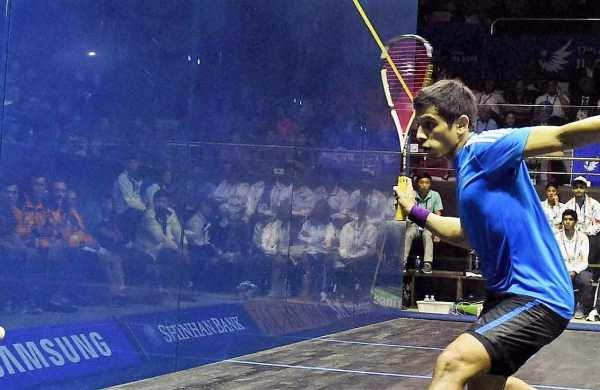 Saurav Ghosal: Banking on wisdom to join the ranks

CHENNAI: Saurav Ghosal doesn’t pause to reflect on the question he has just been asked. Considering his body of work has spanned over 15 years, a moment or two to reflect on his performances over the years wouldn’t have been out of place. But he is quick to say that “this is the best I have ever played... so, yeah, you can say that.”

Even if the trigger for the query — “is this the best you have ever played?” — was Ghosal achieving his best-ever ranking of World No 10 on Monday, the 32-year-old has quietly compiled some of his best results this season. Quarterfinal appearances at the Worlds and the Black Ball Open (PSA Platinum event) coupled with a semifinal at the China Open (PSA Gold event) have taken him to a new high.

Needless to say, he is delighted with his recent returns after a trying 2017-18 season. “(...) some more history to create,” was how he noted his new high on Twitter.

So, what led to it? “This is the result of a process that I have followed... it just does not happen overnight,” he said from England. But he dropped with the cliches to talk about the mental transformation his game has undergone in the last 12 months. “I think mentally I am more secure with my game. I know what I want out of my training sessions and I know how to get them now.” This isn’t to say he was searching for that all these years. “I am at peace with my game. That kind of security only comes with maturity, so you could say I am more mature now,” says the player.

He says a lot of credit for this should go to his two coaches, Malcolm Willstrop and David Palmer. “David has helped me a lot since joining last summer. Just knowing that there are two guys like that in your corner is of immense benefit.”

That maturity also comes through when he is talking about the returns, or the lack thereof, that squash players have to endure in the three years without Asian and Commonwealth Games. For someone like Ghosal, whose win percentage this season is significantly higher than his lifetime average (64.2 compared to 56.1), the three fallow years is even more of a concern because time is running out. He himself is well aware of that but doesn’t want to think too far ahead all the same.

“No one knows to be honest... anything could happen in the next three years. That (be around for the 2022 Asian and CWG) is a long-term goal but I want to take it year by year for the time being.” If that approach continues to yield maximum returns, the player with roots in Kolkata will celebrate a new high pretty soon.