Gateshead back in business 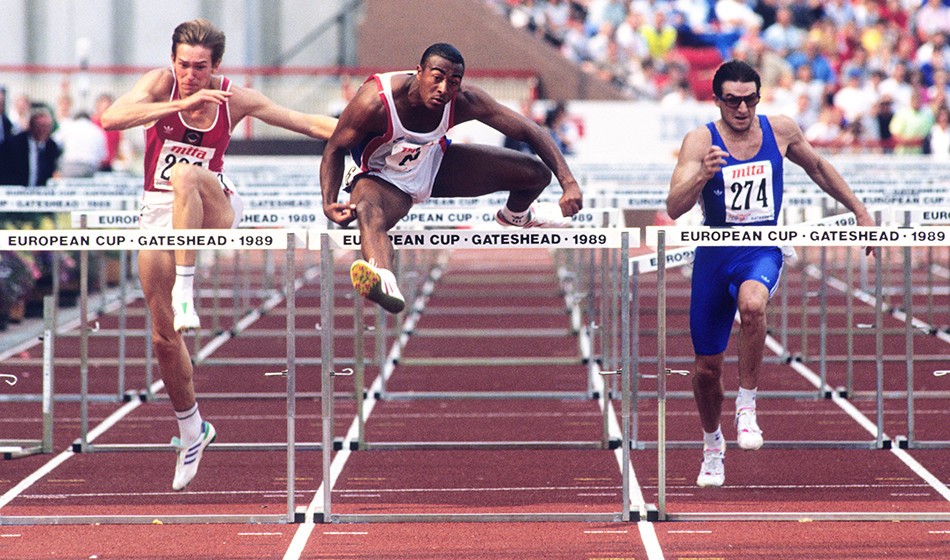 World-class athletics is poised to return to Gateshead International Stadium as the North East England venue looks set to act as a home for televised events while the Alexander Stadium in Birmingham undergoes redevelopment ahead of the 2022 Commonwealth Games.

Gateshead held a number of British televised track and field events at the turn of the millennium and staged the European Team Championships in 2013 – in addition to its predecessor, the European Cup – in 1989 and 2000.

Great Britain even won the European Cup in 1989 (main image, above) and 2000 at Gateshead in exciting style. In the latter, for example, the host nation fielded a depleted squad due to many stars saving themselves for the Sydney Olympics a few months later, but the Bob Weir-captained team still won by half a point from Germany in a nail-biting finish to the weekend (pictured below).

More recently Birmingham and London have been the venues for the two IAAF Diamond League meetings held in Britain.

But it is thought Gateshead could now be in the running to host a Diamond League while Alexander Stadium is redeveloped.

The Chronicle newspaper on Tyneside reports that councillors in Gateshead have agreed to stage at least three major athletics events, despite the potentially high costs.

The Chronicle says: “If the competitions are hosted in the borough it’s estimated to cost the council £320,000 per event, which will be paid for out the authority’s Economic Growth, Culture and Place Shaping reserve.”

The newspaper also reports that Gateshead could be tempted to bid to stage the European Athletics Championships.

Events like the English Schools Championships have been held at Gateshead in recent years – and runners in the Simplyhealth Great North Run pass the stadium each year in their thousands – but it has not staged international televised athletics lately.

The venue has seen many fine athletics moments over the years. Pole vaulter Yelena Isinbayeva, 100m sprinter Asafa Powell and distance runner Brendan Foster are among those to set world records at Gateshead with local hero Foster in particular popularising the venue in the 1970s.