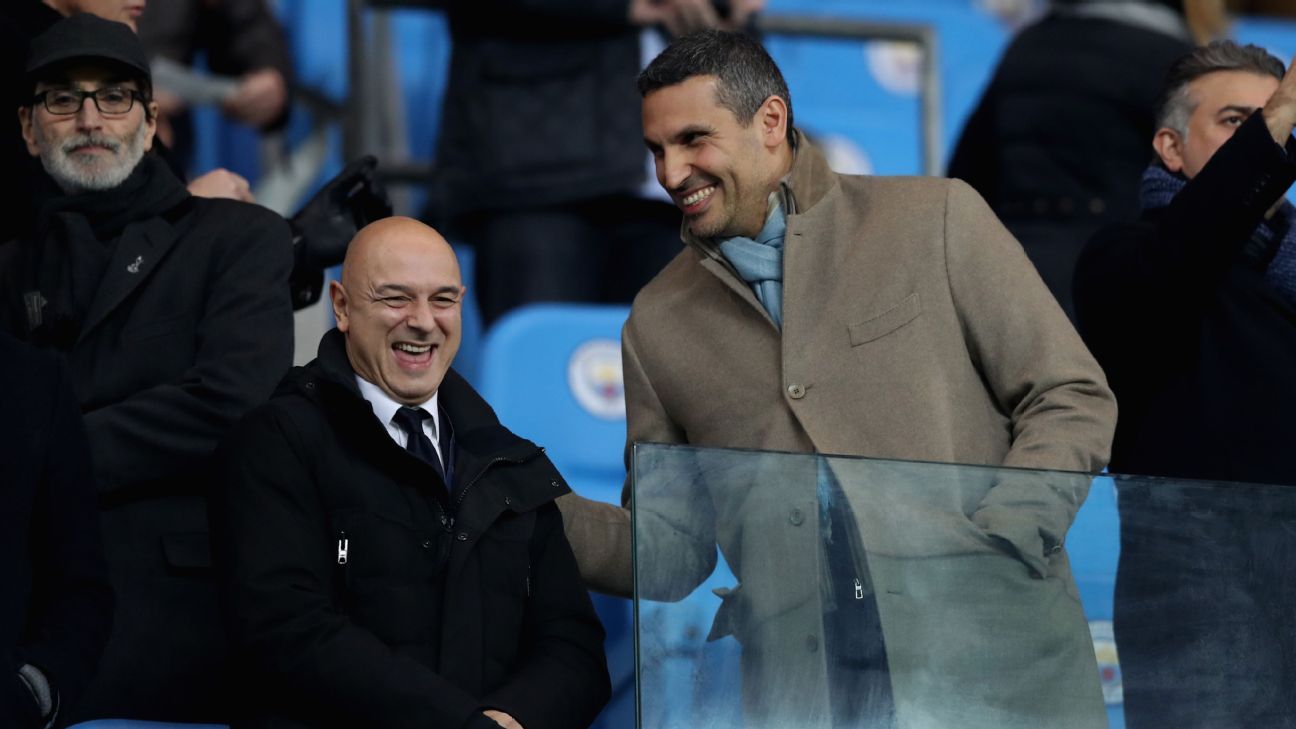 Manchester City chairman Khaldoon Al Mubarak has defended the club's spending and accused La Liga president Javier Tebas of hypocrisy over allegations that they are distorting the transfer market.

The Premier League champions, who are under investigation from Uefa over a potential breach of Financial Fair Play rules, have spent more than £1 billion on players since they were bought by Sheikh Mansour in 2008.

- Man City keep or dump: Who stays for Pep's all-conquering side?
- City plan Sane talks amid Bayern links
- Marcotti: Man City are the best of the Premier League era

Speaking at the Financial Times' Business of Football summit on Tuesday, Tebas criticised the ownership models of City and French champions Paris Saint-Germain saying they caused an imbalance that is stretching football to its economic limits.

"He talks about how we distorted the market? There is a hypocrisy in this statement that is ironic," Al Mubarak said. "Number one, let's look at the Spanish league, the time of breaking records on player acquisitions, I mean, who started that?

"And then you look back at transfers. In the top ten transfers of all time, Manchester City has not a single player in that, not a single one."

Tebas, who has run Spain's top league for the past six years, singled out Qatari-owned PSG and Abu Dhabi-owned City claiming the sport is like a "plaything of a state".

Al Mubarak said: "I think there's something deeply wrong in bringing ethnicity into the conversation. This is just ugly. I think the way he is combining teams because of ethnicity. I find that very disturbing to be honest."

The city chairman also believes that Tebas is concerned about the potential dominance of English clubs in Europe with four Premier League sides qualifying for the Champions League and Europa League finals.

"Let's not forget this is the best league in the world and if you look at this season, there is no better testament to this statement where the two European competitions the Champions League and Europa Cup, the finals are being competed by English clubs," he added.

City, however, could face a potential Champions League ban after UEFA's investigation into allegations of financial fair play irregularities was passed onto the adjudicatory chamber.

The club said in a statement that they have "irrefutable evidence" shortlists after the announcement that they did not breach regulations. But it also faces separation investigations from the Football Association, Fifa and the Premier League.

"Am I uncomfortable? No. I respect regulatory bodies doing their job and any regulatory process that asks questions," Al Mubarak said.

"We have to professionally respond which is what we have done. We are dealing with each of these entities as per the process, we have clear answers.

"I believe, quite comfortably, if the process is going to be judged on facts then unquestionably we will prevail. If it's not about facts and it's about other things, then it is a different conversation. But I strongly hope that these regulatory bodies will ultimately make the decision based on facts."