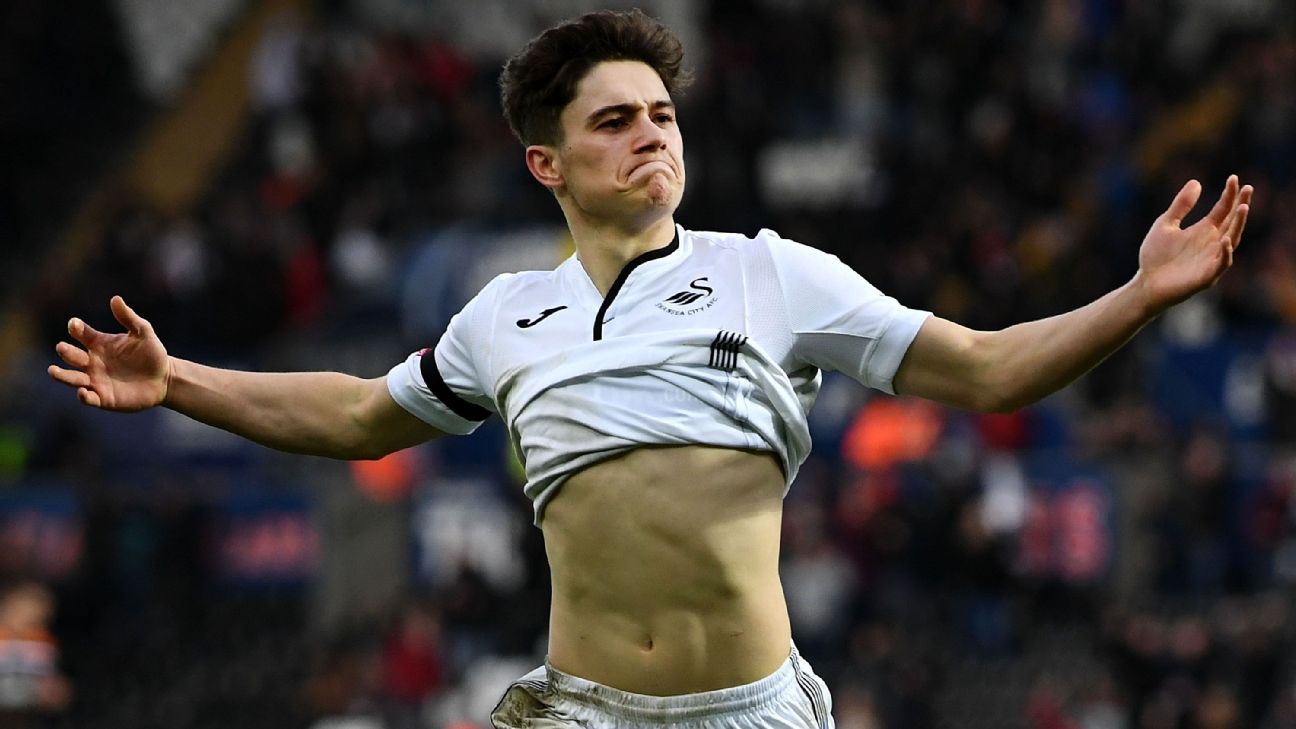 Manchester United want to sign players with the talent and attitude to play for the club this summer. Sounds simple, doesn't it? They also want recruits who can fit into the attacking style Ole Gunnar Solskjaer desires.

The club, who have a recruitment team of scouts and analysts packed with people with top CVs, enjoys a positive communication with their new-ish manager. United have a plan of which areas they need to strengthen, the type of players they want, and they intend to stick to that plan. They want a right-back, a right-sided midfielder, a central midfielder and a central defender. And they would want a forward should Romelu Lukaku or Alexis Sanchez move on.

The plan, however, is not rigid. How can it be?

United will be linked with hundreds of names in the transfer window. Transfer stories do well. Fans like them and enjoy imagining what the arrival of each touted player could mean for the club. It helps beat the close-season ennui, it offers a hope of a brighter future after United's disappointing season, even if only fleetingly. Better to think about future success than the wretched end of the season or a forthcoming Champions League final between Liverpool and Tottenham Hotspur.

- When are the Premier League fixtures published?
- When does the transfer window close?

Yet Dan James of Swansea, whom United are hopeful of signing, is the most probable of the summer signings so far. Although a fee is yet to be agreed on for the flying winger, United have been in talks with his club, and it's understood the 21-year-old wants to move to Old Trafford. James is not like past big-name signings such as Angel Di Maria when he came from Real Madrid, the acquisition of Alexis Sanchez from Arsenal or Radamel Falcao joining from Monaco.

It might not be a bad thing considering United fans are so tired of this decade's transfer profligacy that they won't write off their club signing a speedy young British player who most had never heard of until recently. And if James fulfils his potential it will be more satisfying than buying a supposedly world-class star off the peg, especially as the aforementioned names seem to regularly fail at Old Trafford.

Despite criticism, United also feel like their scouting has improved and become more extensive. Having fallen behind Manchester City, the club have invested heavily into scouting, recruitment and youth development. United have much bigger budgets to buy emerging talents from around the world -- not specifically players slated immediately for the first team. Expect more-talented arrivals to boost the quality of youth players, as well as younger, highly scouted players such as James over franchise-name stars. Nationality is not an issue.

It would also be satisfying to see a player improve rather than regress after signing for the first team, as has happened too often recently. Some of United's best-ever signings have been young and barely known from smaller English clubs. Several have been wingers, from Steve Coppell who joined from Tranmere Rovers in 1974 to Gordon Hill who came from Millwall a year later. Both became heroes of the Stretford End. Fleet-heeled winger Lee Sharpe was with fourth-division Torquay United. The job of a football scout is to identify talent, and United's scouting department has done that.

The signing of James, if it goes ahead as expected, won't be seen as cost-cutting exercise, but a shift away from the previous ready-made, marquee names. James, 21, won't get a million likes from United's global fan base. It doesn't matter. United's commercial arm have played up the impact on social media that came with signing Sanchez, Paul Pogba and more. Juan Mata arrived by helicopter. Much has changed since Gerry Daly walked through arrivals at Manchester airport smoking a cigarette or Roy Keane was smuggled in through a back entrance at the same airport.

There's more glamour and razzmatazz now, but fans have grown weary at this since so many have underwhelmed after the initial excitement. Is it not better to underpromise and overdeliver?

United know the levels of dissatisfaction among fans. They have also seen what Ajax have done in Europe with young talents who were hardly household names even a year ago. They have seen that Bernardo Silva, Manchester City's best player last season, was hardly a huge name when he arrived. United are not closing any avenues in the areas they're looking for any more than when Sergio Ramos said he wanted to join the club, but they're less likely to get their trousers pulled down by a has-been with a big name. Thrice bitten, thrice shy.

That's why United will be very cautious over players like Antoine Griezmann, the club's No. 1 target in 2017. There will still be big targets this offseason. After all, they can offer a lot, including wages. United are interested in Matthijs de Ligt, but they're aware that he wants to play for Barcelona, and the Catalans are confident that he will sign for them -- more confident than they are about getting Griezmann, which appeared a given a month ago. Griezmann was a target for United two years ago and was up for moving to Old Trafford and joining up with his friend Pogba. Then he changed his mind and stayed in Madrid, where his buyout clause drops to €120 million on the first day of July.

Barca's board are split on whether Griezmann would be good value, especially as they have the highest wage bill in the world and need to trim it. They know that other clubs may offer more. With De Ligt, they have another issue in that the Dutchman wants assurances that he'll play regularly. Can Barca offer that when Gerard Pique and Clement Lenglet have been so effective? United wouldn't admit to being interested in a player like De Ligt or Griezmann, they keep their cards extremely close to their chest; to admit they want a player publicly not only weakens their negotiating position, but if they fail to get the player, it could be seen as a failure. United still like to see themselves as being in the mix for the world's best, especially if they are young.

There is a fan consensus about what Man United need, too, but consensus can be wrong. United fans got it badly wrong when they went crazy because Mark Hughes, Paul Ince and Andrei Kanchelskis were sold in the summer of 1995. Sir Alex Ferguson knew that he had talent ready to break through.

Solskjaer, a man keen on promoting youth, has to take stock of the youth talent at the club. It's he who decides when Axel Tuanzebe is ready for first-team football. Tuanzebe, who has captained United at every level apart from the first team, is highly rated and just enjoyed an excellent season at Aston Villa. Solskjaer has met with Ed Woodward, Matt Judge and the rest in recruitment to push for the names he wants. Getting them without the sweetener of Champions League football is another matter, but United remain optimistic.

However unknown they are, the fans will give new signings a chance, but they also, like their manager, want to see those new signings arrive as early as possible, ideally before July 1. That's the the day United's first team are due back in training, with double sessions planned in preseason to counter concerns Solskjaer had about the fitness of his charges last season.