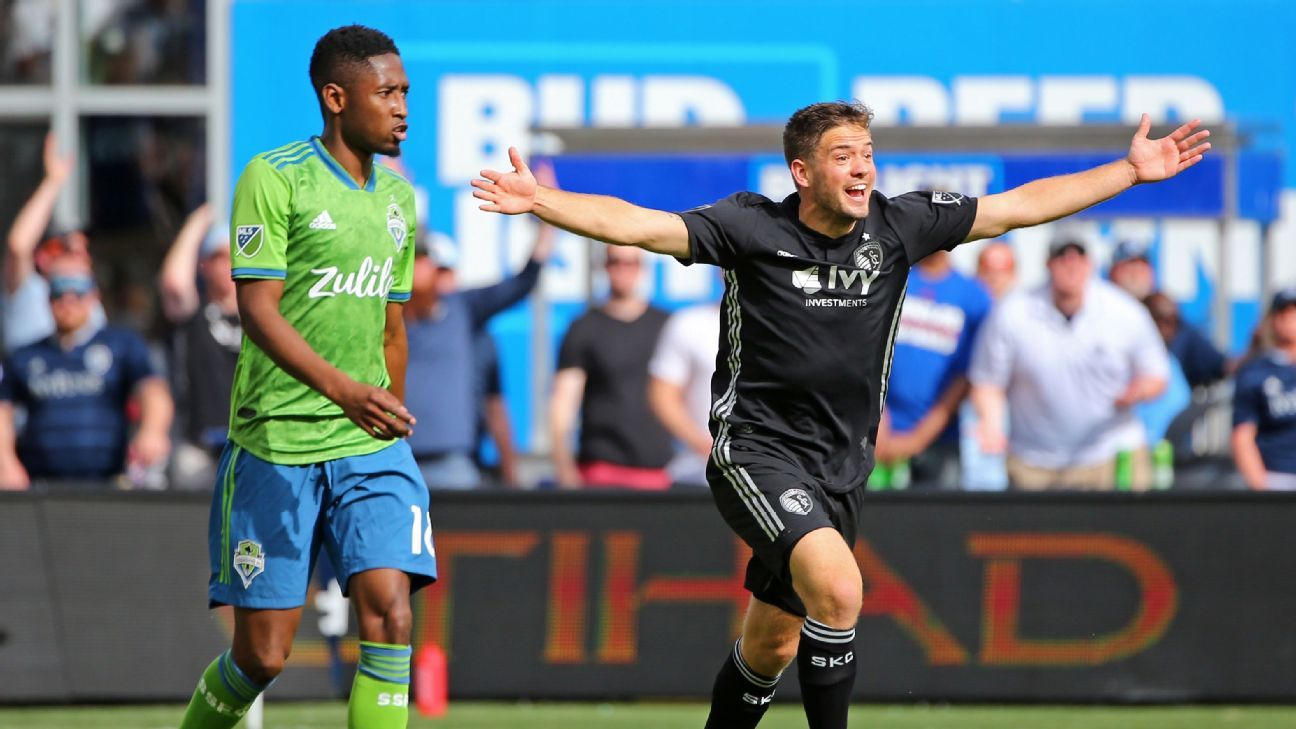 Johnny Russell scored a hat trick to help Sporting Kansas City snap a seven-match winless streak with a 3-2 victory over the visiting Seattle Sounders on Sunday.

The teams combined for three goals in eight minutes of the second half, after SKC led 2-0 at the break.

Russell got the first goal in the 29th minute on a low, left-footed line drive from just outside the box. Nicolas Hasler got possession with a nifty steal in his own half. He fed Yohan Croizet in the right flank. Croizet battled Kim Kee-hee for the ball, finally winning control and feeding Russell in the perfect position for his fifth goal of the year, placed in the far left corner.

Russell got the brace in the first minute of first-half stoppage time. Ilie Sanchez fed him unattended 15 yards past midfield on the right side. Russell worked his way toward the goal, dribbling through four defenders before firing another left-footer past Seattle keeper Stefan Frei from just outside the 6-yard box.

Raul Ruidiaz pulled one back for Seattle in the 63rd minute. Kelvin Leerdam put a nice spin move on Matt Besler in the box to get in behind, pulling SKC keeper Tim Melia away from the goal. Leerdam fed Ruidiaz, who blasted it into the net.

Russell answered just five minutes later. Kelyn Rowe found him unmarked on the right side of the 18-yard box. Russell bent a first-touch left-footer past Frei for his first hat trick as a member of SKC.

Seattle (7-2-5, 26 points) wouldn't go away quietly. Leerdam scored on a header off a corner kick in the 71st minute, the first goal Sporting have conceded on a set piece this season.

Sporting may be without Besler again. In his second match since missing four matches with a strained left hamstring, he went down in the 78th minute with another apparent hamstring injury.