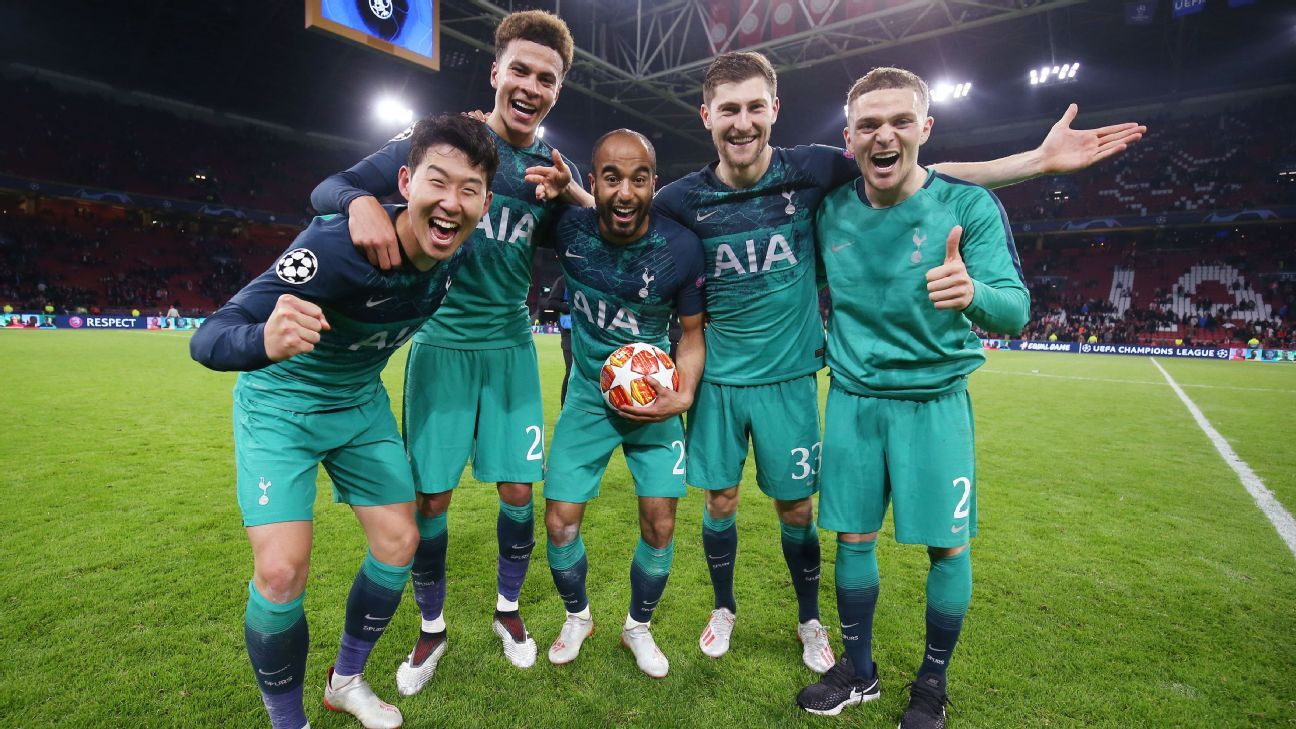 Tottenham's new stadium, in a drab part of outer/north London, is a thing of wonder. Automatic taps that fill the glasses from beneath can deliver 10,000 pints a minute, everything is cash-free and the South Stand alone can seat 17,500 people: more than Bournemouth's entire stadium. The new White Hart Lane also symbolizes a shift in soccer power: for the first time ever, the British capital is becoming a capital of the European game.

It's no accident that London has produced three of this season's four European finalists: Spurs in the Champions League, and Arsenal and Chelsea in the Europa League. These still aren't the best clubs in Europe, but their location now allows them to compete with the game's traditional giants.

For over a century, London soccer didn't amount to much. The English professional game originated in the north and Midlands, and by 1900, there still wasn't a single London side in the first division. It took until 1931 for the first southern club to win the English title when Arsenal did it, but after the war, as industry began to die in northern England, soccer supremacy moved south: since the early 1970s, southern clubs have often outnumbered northern ones in the top two English divisions.

- When is the Champions League final?
- Okwonga: The secret to Liverpool and Tottenham's success
- Laurens: How BFFs Lacazette, Aubameyang transformed Arsenal

A few clubs manage to break this rule, though usually only briefly: Leicester won the title in 2016 and in the past two seasons Liverpool have punched above their weight despite a lower wage bill than the two Manchester clubs; Manchester United should be doing better given how much they spend. Still, the champions of Europe's biggest leagues this season and last -- Manchester City, Juventus, Bayern Munich, Paris Saint-Germain and Barcelona -- are just about the continent's richest clubs. Money isn't everything in football, but it is almost everything.

For most of history, London clubs lacked the money to compete on this level. When the accounting firm Deloitte produced its first ranking of the 10 richest European clubs in 1997, only Chelsea snuck in at No. 9, but the British economy has its own simplest rule: over time, money flows to London. No other European city has more investors. When Roman Abramovich decided he wanted a soccer club in 2003, he was always likely to end up buying Chelsea rather than, for example, Burnley. It is said he chose it because it was the nearest club to his house on Eaton Square. (He was wrongly informed that Arsenal wasn't for sale and he rejected Spurs because the drive was too long and dismal.)

Meanwhile, London was getting richer. Growing numbers of inhabitants were willing to pay to watch good soccer and so, in 2006, Arsenal moved from 38,000-seat Highbury to the new 60,000-seat Emirates Stadium. A decade later, West Ham moved into the 66,000-seat London Stadium. Last month Spurs joined the trend.

Chelsea's plans to build a 60,000-seat stadium have so far been foiled, but if you add on 90,000-seat Wembley, then London has replaced Glasgow as the "stadium capital of Europe." This season, London accounted for 37 percent of spectators in the Premier League -- the highest proportion in the history of the English top flight, as calculated by my Financial Times colleague John Burn-Murdoch.

Crucially, London's spectators pay fortunes for their seats as well. This past season, London clubs took the top five places in the rankings for most expensive season tickets in the Premier League. The highest prices ranged from £2,200 at Spurs (though punters were refunded some of their money after the new stadium's opening was delayed) to £1,149 at Fulham, according to FreeSuperTips. For comparison, the most expensive season ticket at Manchester United cost "just" £950.

And so, London clubs enjoy some of the most lucrative matchdays in soccer. Here is UEFA's ranking of the clubs that took the most money from each spectator (largely in ticket sales, food and drink) in 2017. PSG, the only club that beat the Londoners, benefits from its location in Paris, Europe's second-biggest urban economy, but suffers from its location in France, a league that doesn't appeal to most international stars.

Of course, matchday revenue alone isn't enough to catapult a club into the European elite. It can't do that for West Ham, for instance, though it could turn them into a consistent top-10 side in the Premier League. At most clubs in the English top flight, matchday accounts for only about 10 percent of total revenues. Thirteen of the 20 clubs take in less than £25 million a season each from matchday spectators, with TV and sponsorship income much bigger, but in London, matchday matters more than elsewhere.

Even in 2017-2018, when Arsenal were stuck in the Europa League, their matchday income was £99 million, or a quarter of their total revenues. For comparison, Manchester City, which played in the Champions League and won the English title that year, took in just £57 million from matchdays. (These stats were compiled by the Swiss Rambler, a respected blogger on the business of soccer.)

That extra £42 million in matchday income is what you might call "the London dividend." It enables Arsenal -- and from now on, Spurs -- to buy or keep an extra top player or two.

Helpfully, too, most transfer targets are keen to come to London. When Roy Keane was managing Sunderland from 2006 to 2008, he complained "there are players going to clubs in London simply because it is London." He said "if a player doesn't want to come to Sunderland then all well and good. But if he decides he doesn't want to come because his wife wants to go shopping in London, then it's a sad state of affairs."

In 2013, Luis Suarez, then at Liverpool, decided he wanted to move to Arsenal. In his autobiography he explained why. "I told myself that it's easier for players to become anonymous in London and that was what I wanted. I couldn't walk down the street or go to the supermarket in peace anymore." Instead, he ended up joining Barcelona, a reminder that a handful of Europe's clubs remain bigger than anything to be found in London.

In 2014, after Alexis Sánchez chose Arsenal over Liverpool, then-Liverpool manager Brendan Rodgers summed it up from his perspective: "It wasn't due to a lack of ambition by the club. It was about where the player and his family wanted to choose to live."

Players will rarely come out and say that they are joining a club chiefly because of its location but Jon Smith, a football agent, says there is a "London discount" -- some players are willing to play for a club in the capital for less than they could earn elsewhere. That may particularly benefit West Ham and Fulham, who have recruited some spectacular players relative to the clubs' weight.

Sánchez's preference was typical not just of footballers but of workers in general. In a global survey of 366,000 people by the Boston Consulting Group and Totaljobs last year, London was voted the world's most desirable city for overseas workers. The only looming threat to the city's appeal is Brexit (Britain's departure from the European Union) if Brexit ever happens.

The equation is simple: better players boost London clubs' income from TV and sponsors. That helps these clubs qualify for the Champions League more often, which boosts their income again. In Deloitte's latest Football Rich List, Chelsea, Arsenal and Spurs (plus PSG) all made the top 10.

London clubs have now found a berth in the European elite just below historically larger clubs such as Liverpool, Bayern Munich and the "Spanish Big Two" of Real Madrid and Barcelona. Before 2006, no London club had ever reached the Champions League final. Since then Arsenal have got there once, Chelsea twice (winning once) and Spurs have now completed the capital trifecta. In this season's Premier League, London clubs also earned 36.5 percent of the total points -- their third-best performance in the top flight ever, behind only 1986-1987 and 1989-1990, according to Burn-Murdoch.

Soccer used to be practically the only bit of English (and French) life in which the provinces could outclass the capital. Now even that last consolation is at risk.

More in this category: « Ramsey has played last Arsenal match - Emery Sources: Barcelona to discuss Valverde's future »
back to top