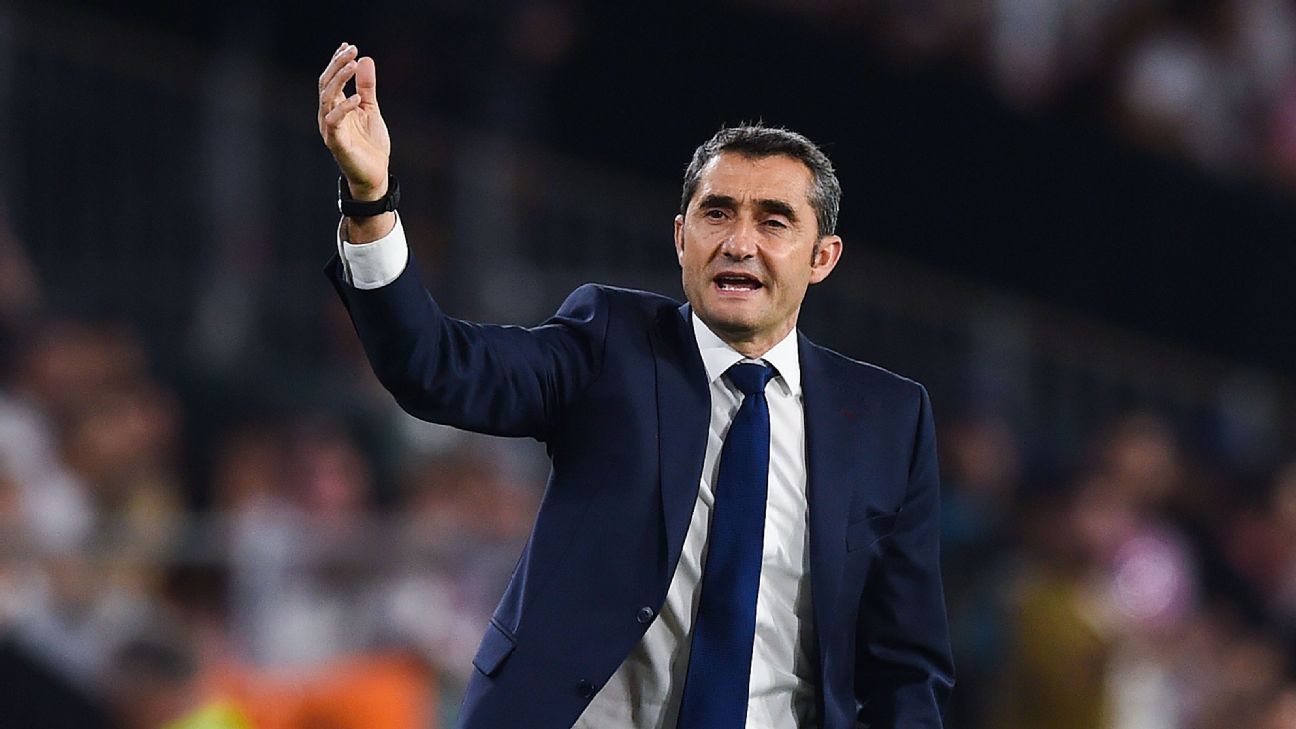 Ernesto Valverde's future will be up for discussion at a meeting on Wednesday as Barcelona weigh up whether to keep their coach on following a disappointing end to the season, multiple sources have confirmed to ESPN FC.

Reports in Spain suggested Valverde would lose his job on Tuesday, but sources inside the club insist that is not the case. President Josep Maria Bartomeu will meet with various members of the club's hierarchy in a series of meetings over the coming days before making a definitive decision.

- Marcotti: Is Valverde the right man for Barca?
- Hunter: Valverde not to blame for underachievement
- Keep or dump: How should play with Messi next season?

Valverde, 55, has been under extreme pressure since Saturday's Copa del Rey final defeat to Valencia. The coach's position was already under threat following the 4-3 aggregate loss to Liverpool in the Champions League semifinal earlier this month. It was the second time in as many years that Barca had surrendered a three-goal first-leg lead in a European tie.

In Valverde's favour is the fact that he has steered Barca to back-to-back La Liga titles since taking over in 2017. He also won the Copa del Rey last season and the Spanish Super Cup at the start of this campaign. He signed a one-year contract extension in February.

Bartomeu excused him of the blame for the weekend's loss to Valencia and high-profile players, including Lionel Messi and Gerard Pique, have publicly backed the coach.

Sources close to Bartomeu have told ESPN FC that the president does not want to rush into a decision but is reluctantly considering a managerial change.

There have been various reports in the Spanish media this week about what will happen, but sources say that very few members of the board are currently in the loop. Those that are are locked in a debate about what repercussions should follow the Liverpool and Valencia losses.

While Valverde's future is on the line, general manager Pep Segura's position is also under threat, while several players are also expected to leave as the Catalans look to shake up their squad over the summer.

Meanwhile, speculation has begun about who could replace Valverde if he is pushed. Diario Sport claim that Belgium boss Roberto Martinez, who is from Catalonia, is the frontrunner, while Netherlands coach Ronald Koeman and Ajax's Erik ten Hag have also been linked.