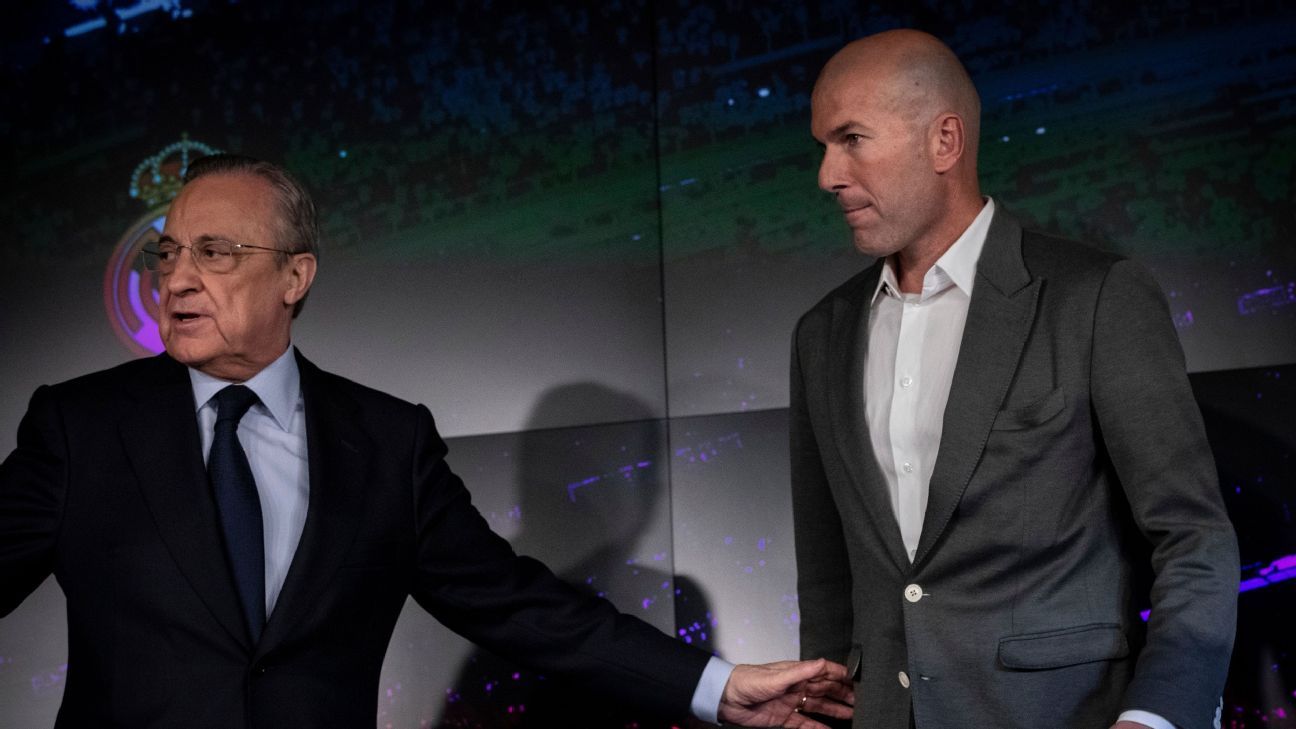 Real Madrid will not sign Kylian Mbappe, Neymar or Antoine Griezmann this summer but do hope to complete the transfer of Eden Hazard, according to club president Florentino Perez.

Kylian Mbappe and Neymar have been linked with Madrid in previous transfer windows and PSG coach Thomas Tuchel said this week his wish is to keep all of his players but he cannot "promise" that will be the case.

"I have not spoken about Mbappe or Neymar with [Real Madrid coach Zinedine] Zidane or anyone else out of respect for the players that are in other clubs," Perez told Spanish radio station Onda Cero radio.

"We haven't spoken to him [Mbappe] and we will not do so. Last year, as requested by PSG president [Nasser Al-Khelaifi] and due to the volume of rumours circulating on a daily basis in the newspapers here and there regarding Mbappe and Neymar, we announced that we were not interested in any of them. Moreover, if one day we want them, the first thing we will do is speak [between the clubs]."

A reported target of Barcelona, the France international announced earlier this month he intends to leave Atletico.

"Never," Perez said when asked if Madrid had made an approach to sign Griezmann. "He has never been offered to us. We've never spoken about signing him. I've been asked in recent times whether those rumours were true but it's not."

One player Madrid are expected to land this summer is Chelsea playmaker Hazard.

The Belgium international is set to make a decision regarding his future after Wednesday's Europa League final against Arsenal.

"We have wanted to sign Hazard for some years but up to now, we have not been able to do so," Perez said. "I have hope to have him come this summer. I have a lot of interest in him coming to Real Madrid. We wanted him last year but this time it will be easier as he has one year left on his contract. He is one of the greats that remain in world football."

Perez added that Madrid are still in the planning stages for the 2019-20 campaign.

"Right now, we are not thinking about players -- at least I am not," he said. "From the start of July, we will meet with Zidane and see what he wants to do. We will buy and sell. We are going to build a good team."

Asked if the best thing for Gareth Bale was to leave Madrid this summer, Perez said: "I cannot answer that. I think Bale is a magnificent player. We have not received any offers for Bale or any other players."

More in this category: « Ramsey has played last Arsenal match - Emery Gattuso exits AC Milan after missing out on UCL »
back to top