Gattuso exits AC Milan after missing out on UCL 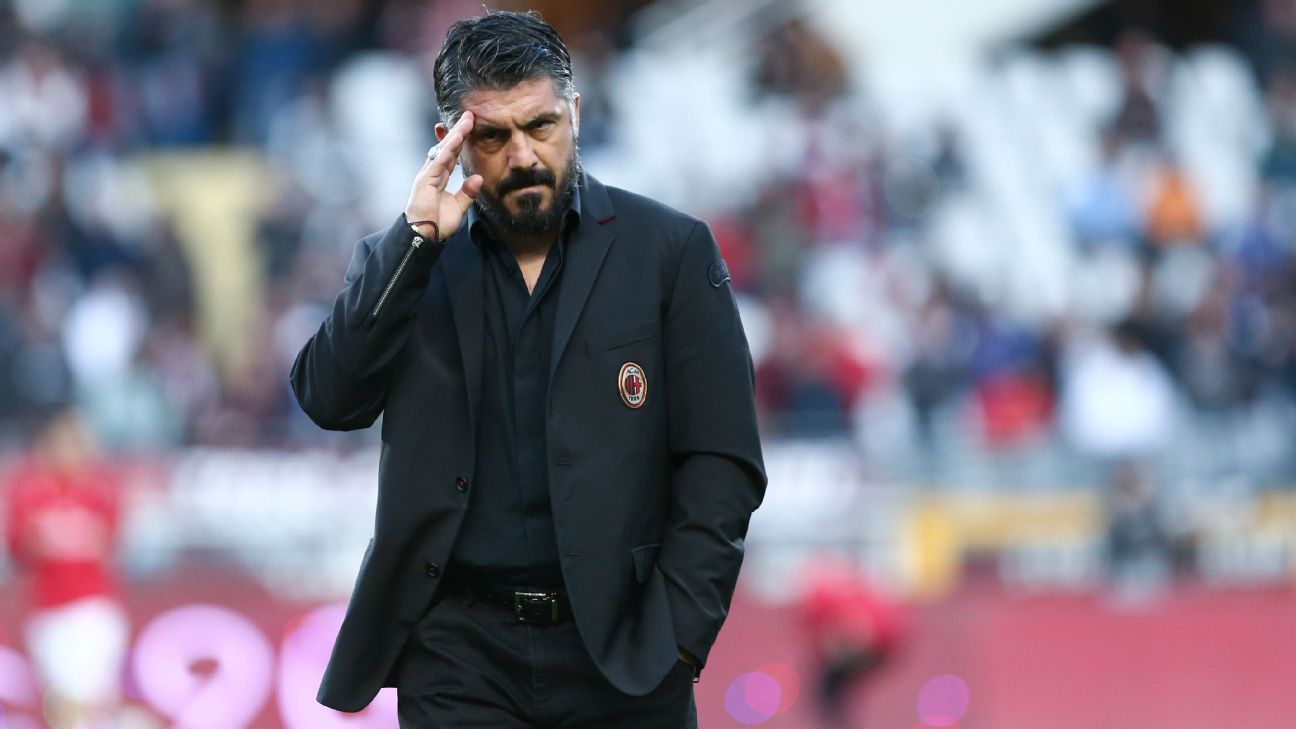 Gennaro Gattuso has left AC Milan by mutual agreement after 18 months in charge of the Serie A club.

"AC Milan wishes to thank Gennaro Gattuso for his leadership during the last eighteen months. A true legend of the Rossoneri, Gennaro stepped into the role during what was a difficult period for the club and has performed admirably, securing the Club's highest League points total since 2012-13," a team statement read.

The Rossoneri just missed out on qualification for the Champions League next season, finishing a point behind Atalanta and Inter Milan, and Gattuso said during an interview on Tuesday he no longer felt he could continue in the role.

"Deciding to leave Milan is not easy," he told La Repubblica. "But it's a decision that I had to take. There was not one precise moment when I decided, it was more a combination of all these 18 months as coach of a club who, for me, will never be like any other.

"I've lived these months with great passion and they have been unforgettable. It was a decision I found hard to take, but it is one I've thought long and hard about."

Gattuso still had two years left on his contract, but he says he would not be seeking a settlement.

"My story with Milan can never be about money," he added.

Gattuso replaced Vincenzo Montella in November 2017 and he led them into the Europa League last season, repeating the feat in this, his first full season at the club.

Milan's 68 points this term is their highest single-season haul in six years, but it was still not enough to earn them a place in the Champions League, a competition they have not appeared in since 2013, when Massimiliano Allegri was their coach.

Milan CEO Ivan Gazidis thanked the former Rossoneri midfielder for his service to the club.

"I have had the privilege to get to know Rino Gattuso over the past six months since my arrival at the club," he said in a statement. "Rino has given everything to our efforts this season, and has worked tirelessly, always taking full responsibility, putting the club above every other consideration. I want to say from the bottom of our hearts, thank you Rino."

He leaves together with sporting director Leonardo, who stepped down on Tuesday after just one year at the club.

The former Paris Saint-Germain sporting director is reported to be in disagreement with Gazidis over the future running of the club and is being linked with a return to Paris.