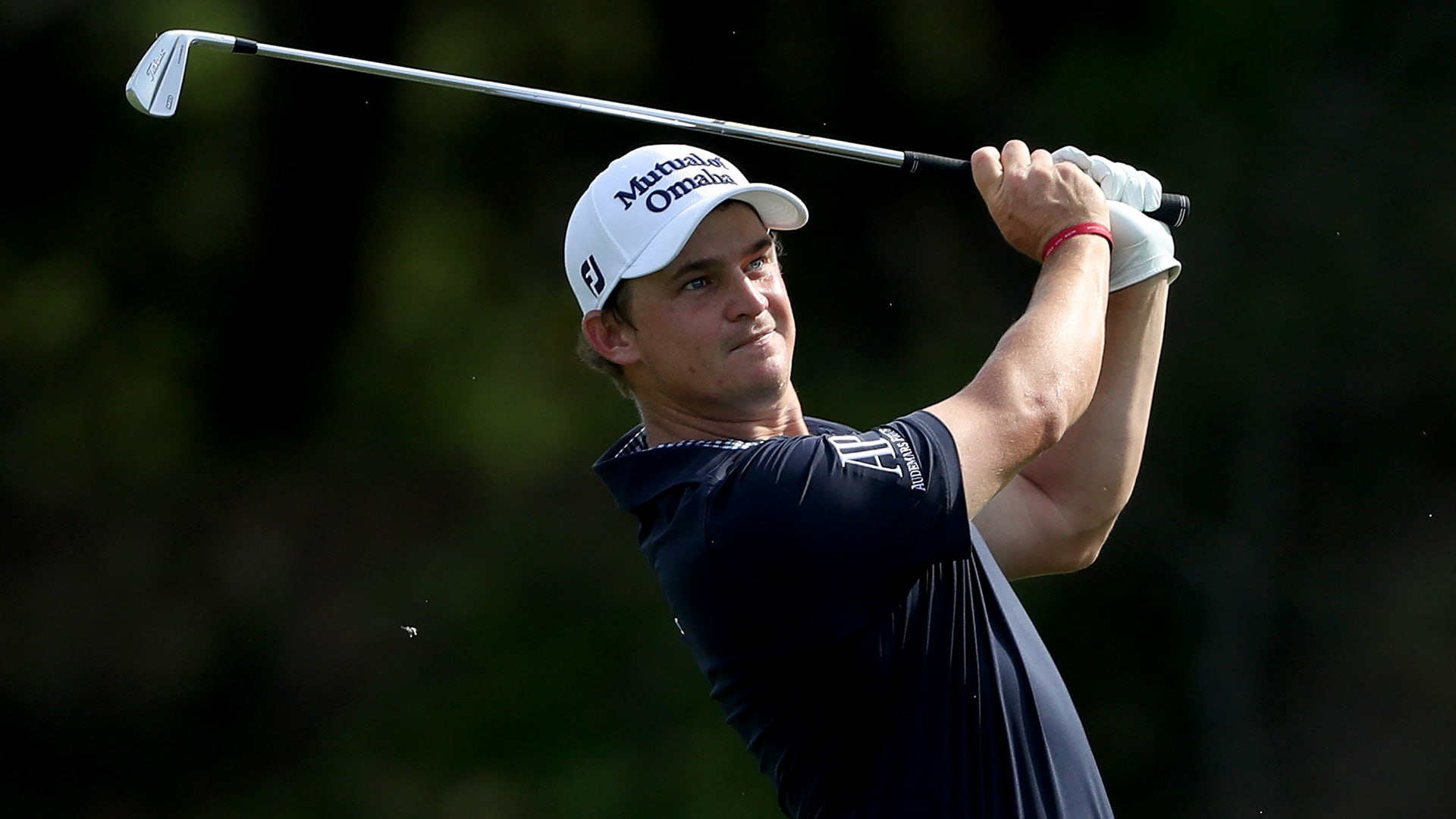 It was at last year’s Memorial Tournament that Cauley went from the tee sheet to a hospital room, suffering six broken ribs and a punctured lung in a car accident just around the corner from Muirfield Village Golf Club. Hours after missing the cut, the vehicle he was riding in veered off the road, hit a tree and flipped into a bank. He didn’t pick up a club for more than three months, and he didn’t play another PGA Tour event until October.

But one year after what he described as “the  scariest night of my life,” Cauley is not only back in the field at the Memorial – he’s in the mix for his first Tour win after an opening-round 67 left him two shots behind leader Ryan Moore.

Cauley has four top-25s in 17 starts this season, highlighted by a T-10 finish in Las Vegas in November. But he’s in position to improve on that after a bogey-free opener at Muirfield Village, one in which he missed only one fairway and finished fourth in strokes gained: tee-to-green.

Cauley needed four of his six broken ribs “plated,” a procedure that lengthened his recovery and delayed his return to the game. But when he first picked up a club again at The Bear’s Club in Jupiter, tournament host Jack Nicklaus happened to be there for the start of his comeback.

“He saw the first, like, little thin wedge I hit afterwards,” Cauley recalled.

Friend and former Alabama teammate Justin Thomas visited Cauley in the hospital during last year’s tournament, and he described the night of the accident as “one of the hardest” he’s ever had.

“There were a lot of things that run through your head when something like that happens to one of your best and closest friends,” Thomas said. “I think going into the hospital and seeing him Saturday after I played just, it helped me a lot because I was just able to see him and see that he was OK.”

While he watched a video of the accident aftermath a few weeks after the crash, Cauley explained that he has no plans to return to the scene anytime soon despite its proximity to the course.

“I haven’t had any bad thoughts or anything as far as what happened last year,” Cauley said. “But I don’t think I’m going to go drive by it to test it. I don’t feel like testing myself that much.”

Cauley’s relative good fortune in recovering from his injuries is not lost on him, as he shared that the passenger sitting next to him in the car still undergoes physical therapy twice a week. But this week he’s focused on making new, positive memories in the Columbus area, eager to leave a serious accident and painful recovery in the rear-view mirror.

“It was nice to have a good score,” Cauley said. “Obviously playing well, and making the cut here is probably better for my health.”