Highlights: Tiger drains six birdies en route to 2-under 70 at the Memorial 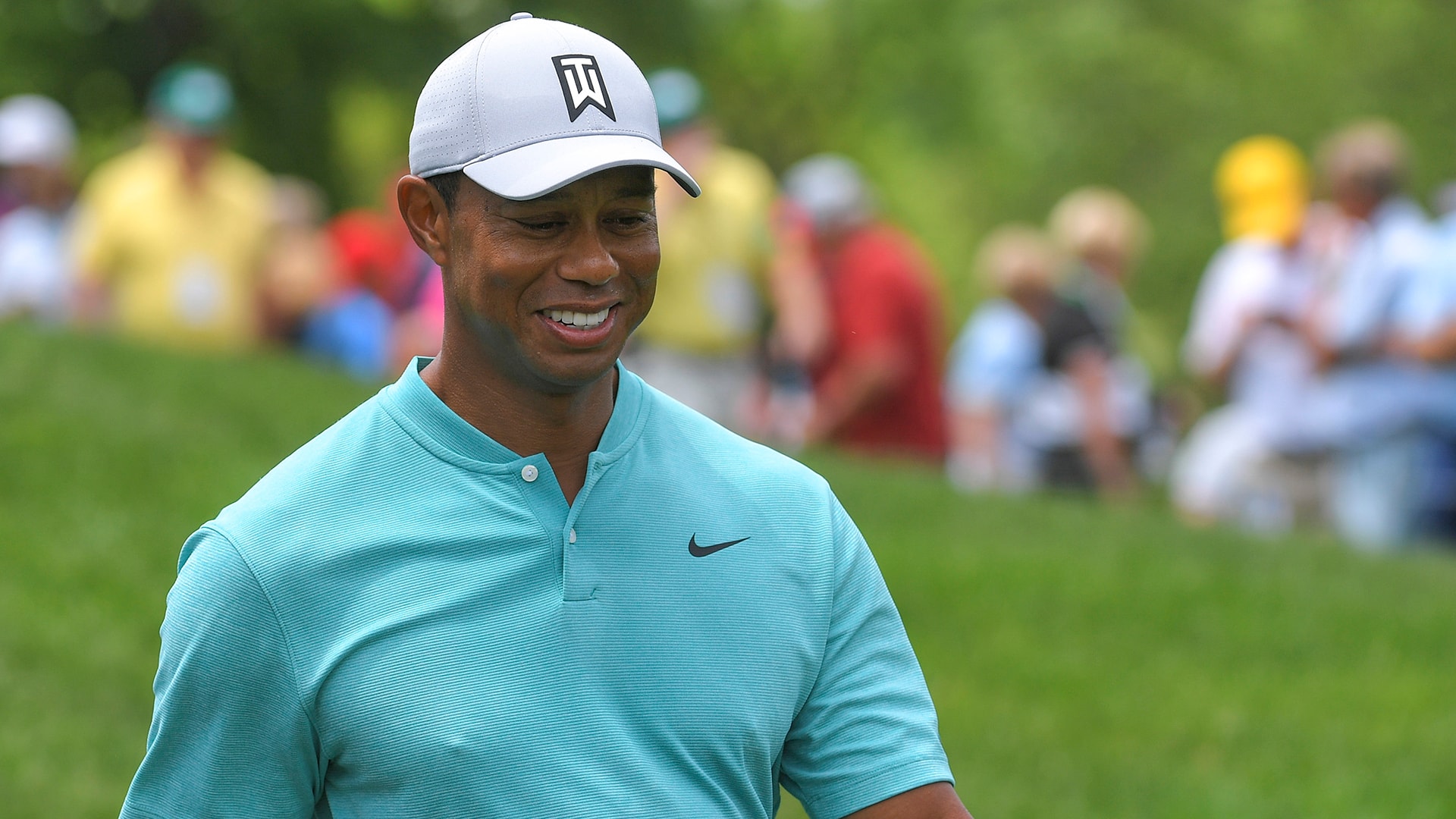 Tiger Woods started his Moving Day at the Memorial seven shots back of the lead, but got off to a solid start, climbing his way up the leaderboard with some early birdies. Here's a look at some highlights from Woods' third round.

Woods found the greenside bunker at the first, but cooked up some short-game wizardry with this sand shot.

The 15-time major champion made par at the second, then flipped this approach just next to the hole for a knock-in birdie, his second of the day to move him to 4 under for the week.

As if that wasn't enough, Woods continued to showcase how dialed in he was on Moving Day with his second shot into the par-5 fifth, leaving a 20-footer for eagle that lipped out. Woods went on to knock that in for his third birdie of the day.

Another fairway at the par-5 seventh hole set up a chance for another birdie. After laying up, Woods tossed a wedge to just under 8 feet, and drained the birdie to move inside the top 10.

Woods' back nine hasn't been as kind to him, with a double at the 10th and then another dropped shot at the par-4 14th. But the Big Cat found his groove again at the par-5 15th.

Why stop there? One hole later, at the par-3 16th, Woods lasered one in to 5 feet and knocked it in for his second straight birdie to get him back to 5 under on the week.

Woods is trying to get back into contention to claim his sixth title at Jack's Place.