Kaymer (66) leads Scott by two at the Memorial 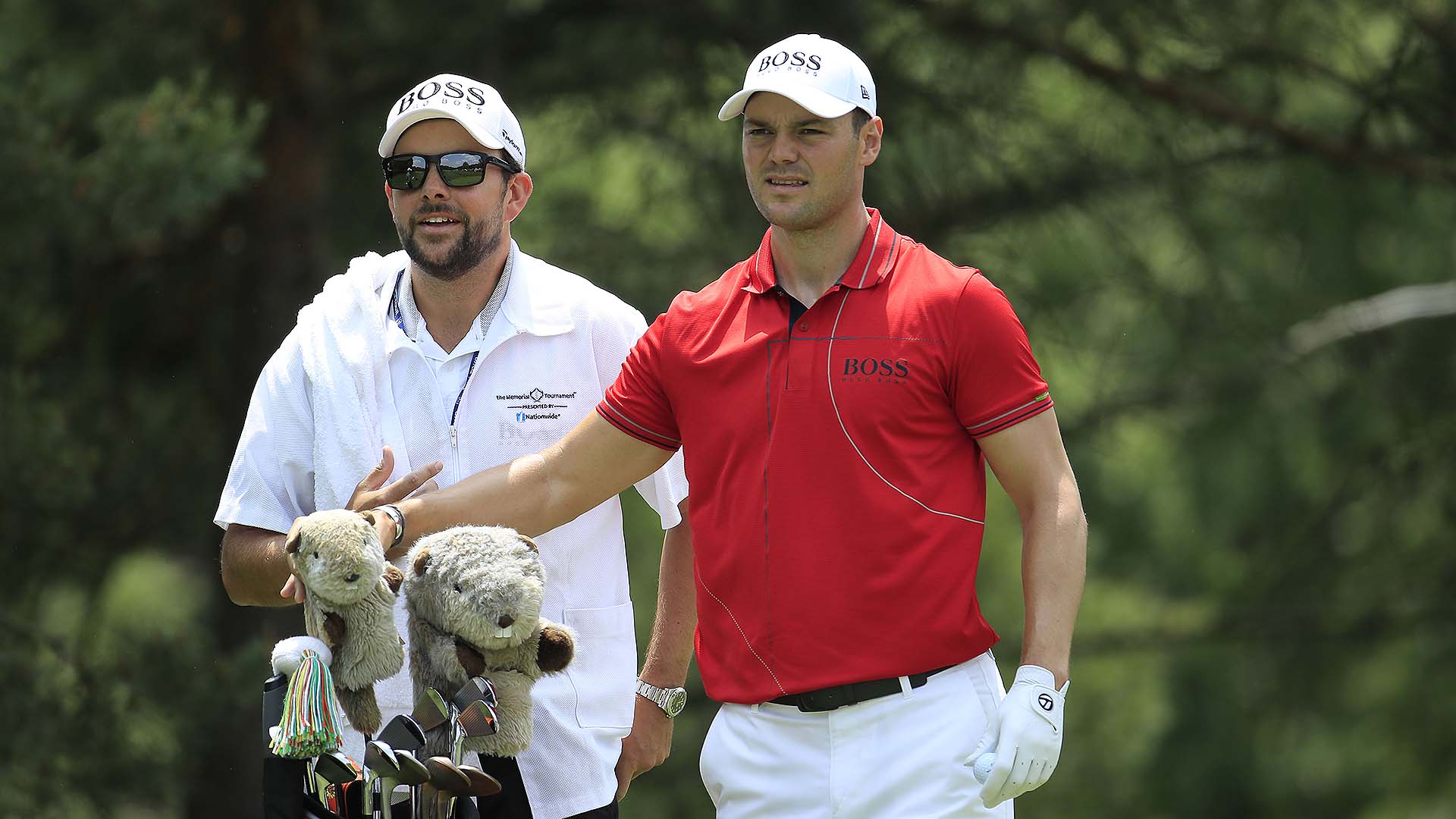 Thanks to a Saturday 66, Martin Kaymer will take a two-stroke lead over Adam Scott into the final round of the Memorial. Here’s where things stand through 54 holes at Muirfield Village, where Patrick Cantlay, Jordan Spieth and Hideki Matsuyama will all take a run at the title Sunday.

What it means: Kaymer, the two-time major winner, is chasing his first worldwide win in five years, since the 2014 U.S. Open at Pinehurst. The former No. 1 has fallen to 186th in the Official World Golf Ranking. Currently 198th in FedExCup points, Kaymer’s five-year Tour exemption is set to expire at the end of this season. A win Sunday would secure his status through 2021-22. Two back, Scott is another former No. 1 looking to end a winless drought of his own. The 13-time Tour winner last raised a trophy in 2016 at Doral.

Round of the day: Matsuyama moved up 21 spots into a tie for fourth with a bogey-free, 8-under 64. He matched four front-nine birdies with four more on the back. The 2014 Memorial winner is second this week in strokes gained: tee to green and first in proximity to the hole.

Best of the rest: Luke Donald opened with a bogey but followed with eight birdies over his final 17 holes to shoot 7-under 65 and move into a tie for 15th at 6 under for the week. Playing on a medical extension, Donald has nine events remaining, including this week’s, to earn 243 FedExCup points.

Biggest disappointment: Tied for the lead with Kaymer overnight, neither Troy Merritt (74) nor Kyoung-hoon Lee (72) broke par. Bud Cauley, separately, had gotten himself to 4 under on his round and 11 under for the week before double bogeys at 11 and 17 erased his progress. He rebounded with birdies on 17 and 18 for a round of 2-under 70 and will start Sunday six back.

Shot of the day: Matsuyama’s flop shot hole-out for a closing birdie at 18:

Quote of the day: "Yeah, it's just a matter of energy. It takes a lot of energy to read that stuff, even if it's not about yourself. You think about other people and you actually compare yourself. ... When you compare yourself, you limit yourself." — Kaymer, on his decision to quit social media