Trust the process: Kaymer, Scott could get back to winning ways at Memorial 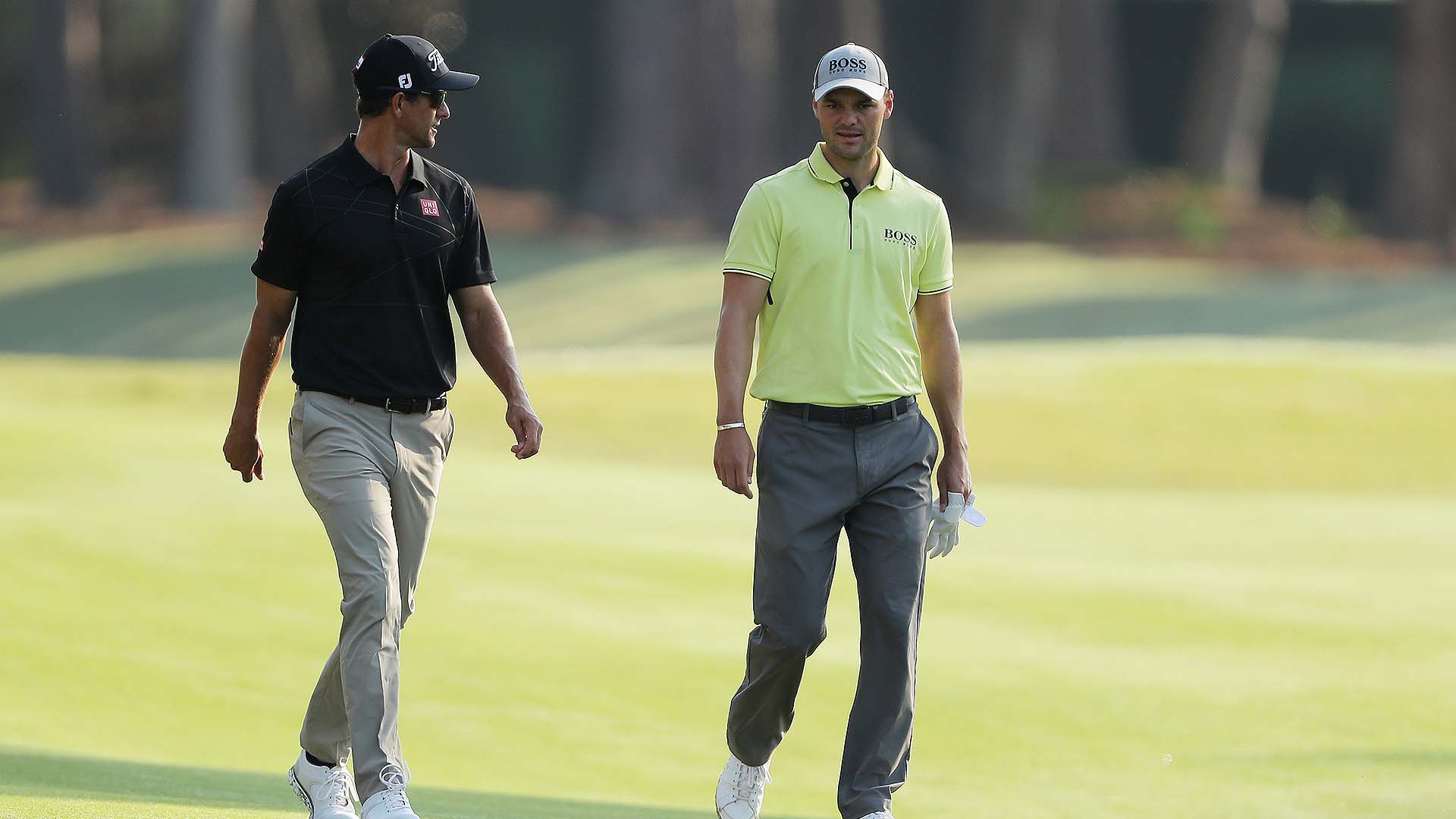 DUBLIN, Ohio – In a game that’s increasingly tilted toward the young in recent years Martin Kaymer and Adam Scott are poised to prove that there is life after 30.

The grizzled duo has gone a combined 123 starts on the PGA Tour since their last victory, but they'll set out in Sunday afternoon's final group in what is very much a throwback twosome.

2014 called, it want its tournament back.

Kaymer’s last victory on Tour was at the 2014 U.S. Open while Scott hasn't seen the winner's circle since ’16, but they’ll begin the final round first and second, respectively, on the Memorial leaderboard.

In a game that can become fixated on winning, Kaymer and Scott are lessons in patience and perseverance.

For Kaymer, this is something of a payoff following five difficult years since he was collecting major championships, not that the thoughtful German would ever allow himself to be lulled into the self-destructive cycle of a results-driven mindset.

It was 2010 when Kaymer won his first major at the PGA Championship. Early the next year he became No. 1 in the world ranking and in ’14 he doubled down on that status with two victories (The Players and U.S. Open) in three starts. That was the last time he finished inside the top 3 at a Tour event and he’s since plummeted to 186th in the world.

He became a cautionary tale other Tour players would whisper about in private. What happened to Martin Kaymer?

As is always the case with these things there is no shortage reasons. There were injuries like a shoulder ailment in 2017 and a predictable loss of confidence along the way that led to frustration. He was putting in the work but his scorecard told a different tale.

But as he slogged his way through his swoon the 34-year-old discovered that it wasn’t some sort of lost art that he was seeking so much as it was peace.

“At the beginning you don't really know if you're capable of becoming No. 1,” Kaymer explained. “All of a sudden you see yourself being No. 1 in the world and you're in the middle of it. And it's a very, very proud moment. And afterwards it's just a number. Number next to your name. It didn't mean that much.”

Kaymer’s bogey-free 66 on Day 3 won’t deliver eternal happiness, either. Nor will a victory on Sunday at Jack’s Place, but it certainly will give him a more favorable perch to savor the moment.

Following three consecutive rounds in the 60s, he’s at 15 under and two shots clear of Scott thanks to his performance on the greens that has left him first in the field in strokes gained: putting. For Kaymer, Sunday isn’t a chance to win or lose, it’s simply the opportunity he’s been working toward for five years.

“Once you lead a golf tournament, it's so much about how much can you handle yourself,” Kaymer said. “Obviously if somebody takes a run at you, it is what it is. But the game plan doesn't really change. For me it's pure enjoyment the way I play right now.”

Scott’s career has been a similar roller coaster since he ascended to No. 1 in the world in the summer of 2014. He became the first Australian to win the Masters in 2013, became a regular contender on Tour and even weathered the decision to ban anchoring.

But in 2017 he failed to advance to the third round of the playoffs and his chances to win waned. His struggles lingered until last year when he arrived at the Memorial just hoping to avoid Monday’s 36-hole U.S. Open qualifier following two of the most unproductive years of his career. Like Kaymer, it wasn’t the missing limelight or the holes in an otherwise stellar resume that motivated Scott, it was the intrinsic desire to improve, however incrementally, every day.

“It's been a while since we've both won out here. I'm sure going out tomorrow we're both really going to want to play well and come away with a win,” said Scott, whose third-round 66 moved him to 13 under. “It's one of those events that you'd really love to have on your résumé before your career is over. I'm excited for the chance tomorrow.”

Perhaps more than any other player in the field not named Tiger Woods - who was tied for 25thin what has essentially become a U.S. Open tune-up - Scott can appreciate Kaymer’s journey back to Sunday relevance.

“He's an incredibly hard worker,” Scott said of his Sunday playing partner. “If you don't see it from the wins he's had of how gritty and tough he is, I can tell you he's pretty gritty and tough working through the down times. I expect it to be very difficult to get past him tomorrow.”

Scott also talked of dinners with Kaymer over the years and conversations that only those who have reached the top of the competitive mountain can have. About life after the victories and the struggle of not letting what you do for a living define you as a person.

There won’t be any of those deep dives on Sunday at Muirfield Village. Being in contention during the final round of a tournament is no place to unpack such esoteric thoughts and there’s really no need. They both know everything they’ve had to overcome and the ebb and flow of a fickle game. As Kaymer said, this is pure enjoyment.