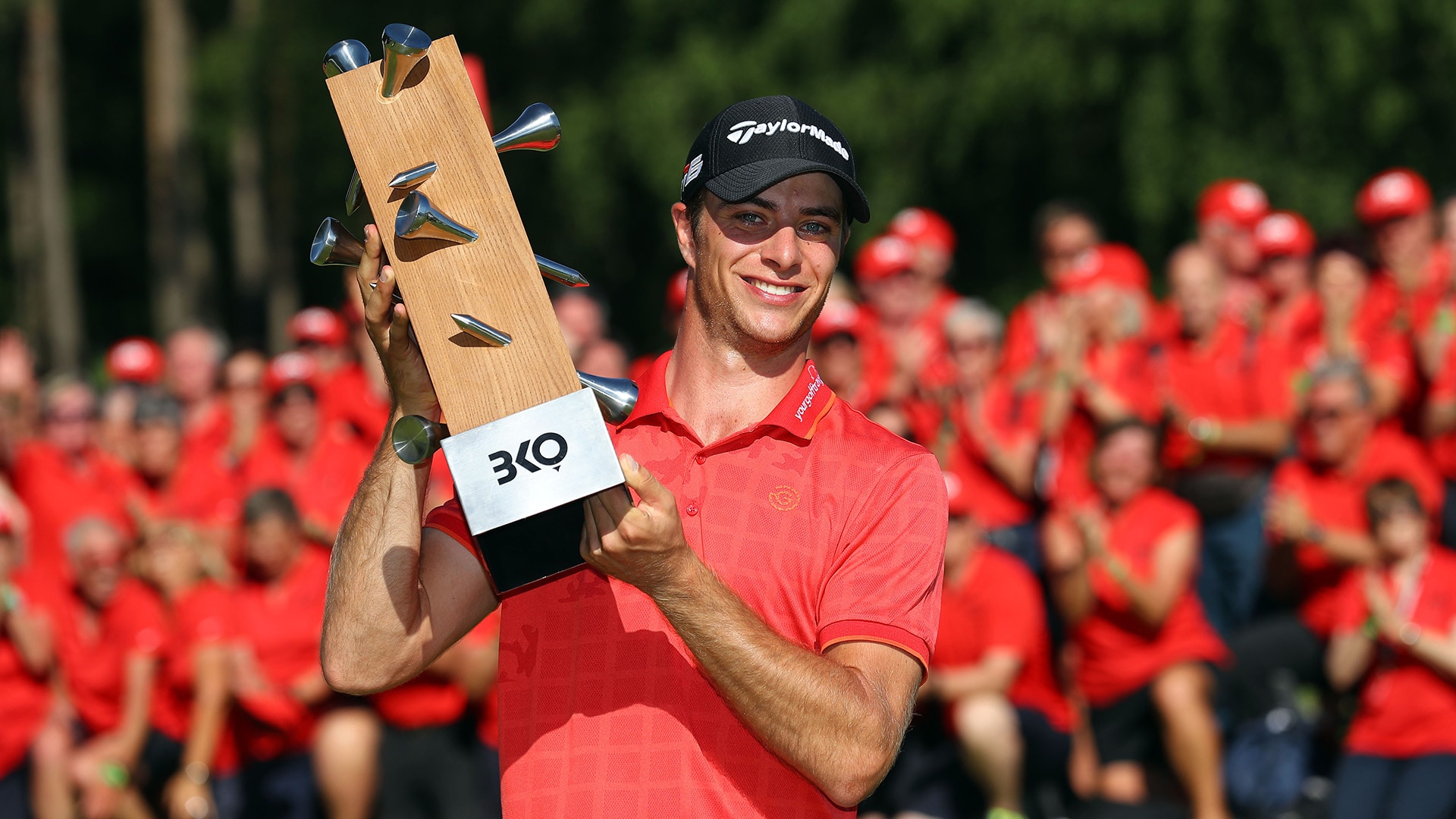 Migliozzi advanced to the knockout stages after rounds of 70-66 in stroke-play qualifying and then took down Pedro Oriol, Adrian Otaegui, David Law, Bernd Wiesberger and Ewen Ferguson in a series of nine-hole matches en route to final.

There, he bested van Driel by four, 32 to 36. Migliozzi carded four birdies and a lone bogey. Van Driel saw his chances fade when he dropped shots at Nos. 5 and 6, putting him in a three-shot hole from which he would not recover.

Migliozzi, 22, advanced from qualifying school last year and now has two wins in 20 European Tour starts, following his breakthrough back in March at the Kenya Open.

The win is projected to move him from 203rd in the Official World Golf Ranking to inside the top 100 for the first time. It also skips him ahead of Andrea Pavan in pursuit of Italy's second 2020 Olympic berth, behind Francesco Molinari.