Spieth finishes T-7 at Memorial: 'Feels good to be on the rise' 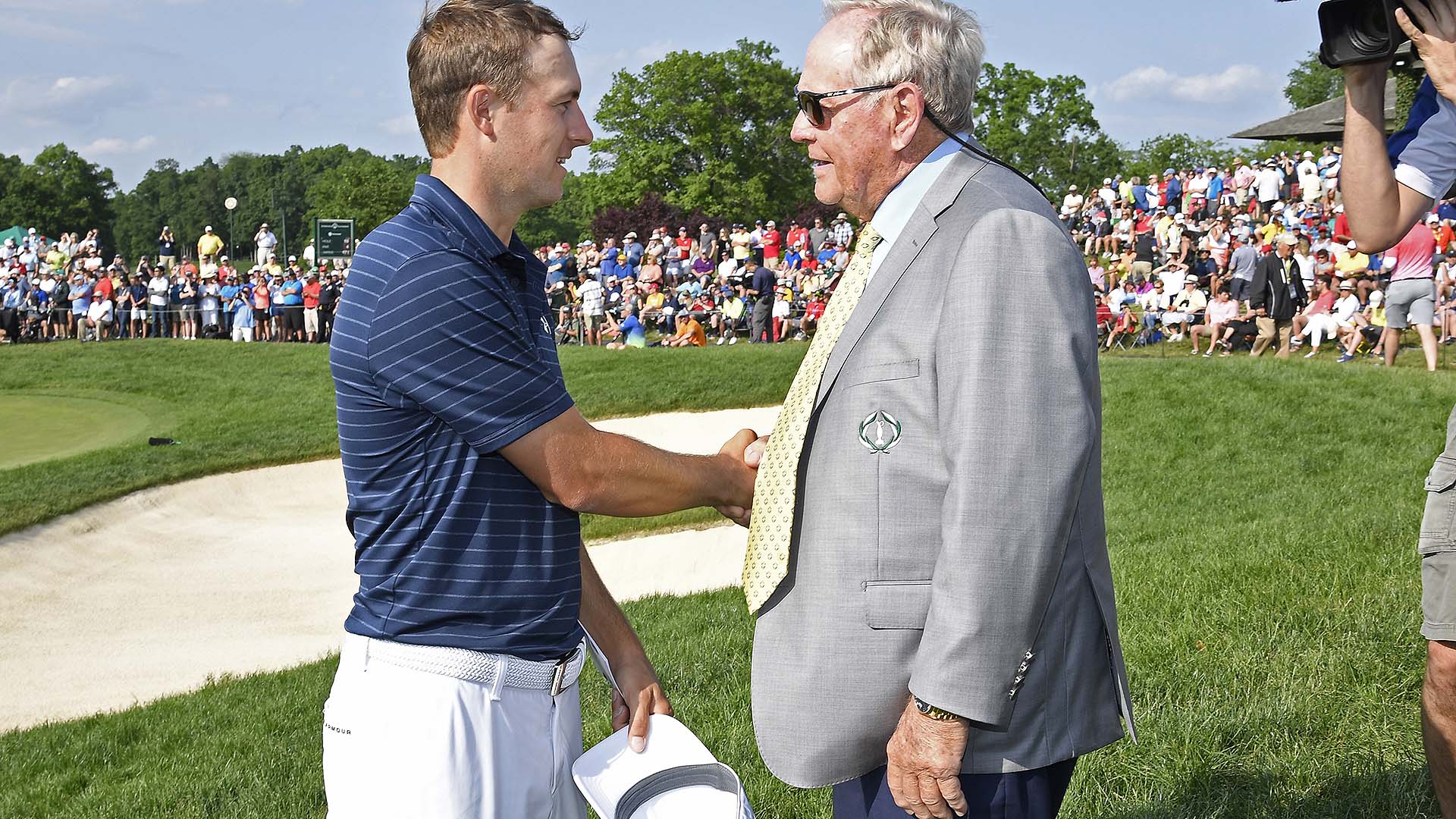 DUBLIN, Ohio – As Jordan Spieth walked off the podium near the Muirfield Village media center, he glanced up to a nearby TV to watch tournament winner Patrick Cantlay finish off a par save on the 72nd hole and started doing the math.

Even if a few more things had gone his way, Spieth realized, he wasn’t going to keep pace with Cantlay who shot a 64 to finish the week at an eye-popping 19 under.

Spieth started the final round alongside Cantlay at 11 under, four behind overnight leader Martin Kaymer. But while Cantlay started pouring in birdies ahead of him, Spieth largely stalled out and didn’t get into red figures for the final round until a birdie on No. 8. By then, it was too late.

“I wasn’t necessarily trying to win today. I was trying to just go out and shoot a number, and if it was good enough, great,” Spieth said. “I wasn’t really going to do much scoreboard watching, and I didn’t.”

The numbers for Spieth added up to a 1-over 73 and a tie for seventh, as he was the only player among the top 16 finishers who shot over par in the final round at Muirfield Village. But despite playing his last 10 holes without a birdie and dropping two shots over his final four holes, Spieth still salvaged his third straight top-10 finish following a T-3 result at the PGA Championship and a T-8 finish last week at Colonial.

It’s mounting evidence that the return to form Spieth has professed for months to be within reach may, actually, be here.

“Right now I’ve been in a position come Sunday the last three weeks of having a chance to probably do something special and win,” Spieth said. “This is where I like to be. I feel like I didn’t play fantastic golf this week by any means, and I’m in the top 10 and had a chance to win. That’s where I’d like to live week-to-week, and then when it’s on, I’m out in front.”

Spieth remains in search of his first victory in nearly two years, a drought that dates back to the 2017 Open at Royal Birkdale. But now he’ll turn his attention to the U.S. Open at Pebble Beach, having won the 2015 event at Chambers Bay and having lifted a trophy at Pebble Beach in 2017 during the AT&T event.

While Spieth realizes the course he’ll encounter in two weeks won’t resemble the receptive track where he won two years ago, he’s still brimming with optimism after enduring a lean first half of the season and bounced back in a big way during a stretch of four events in four weeks that started with a T-29 finish at the AT&T Byron Nelson.