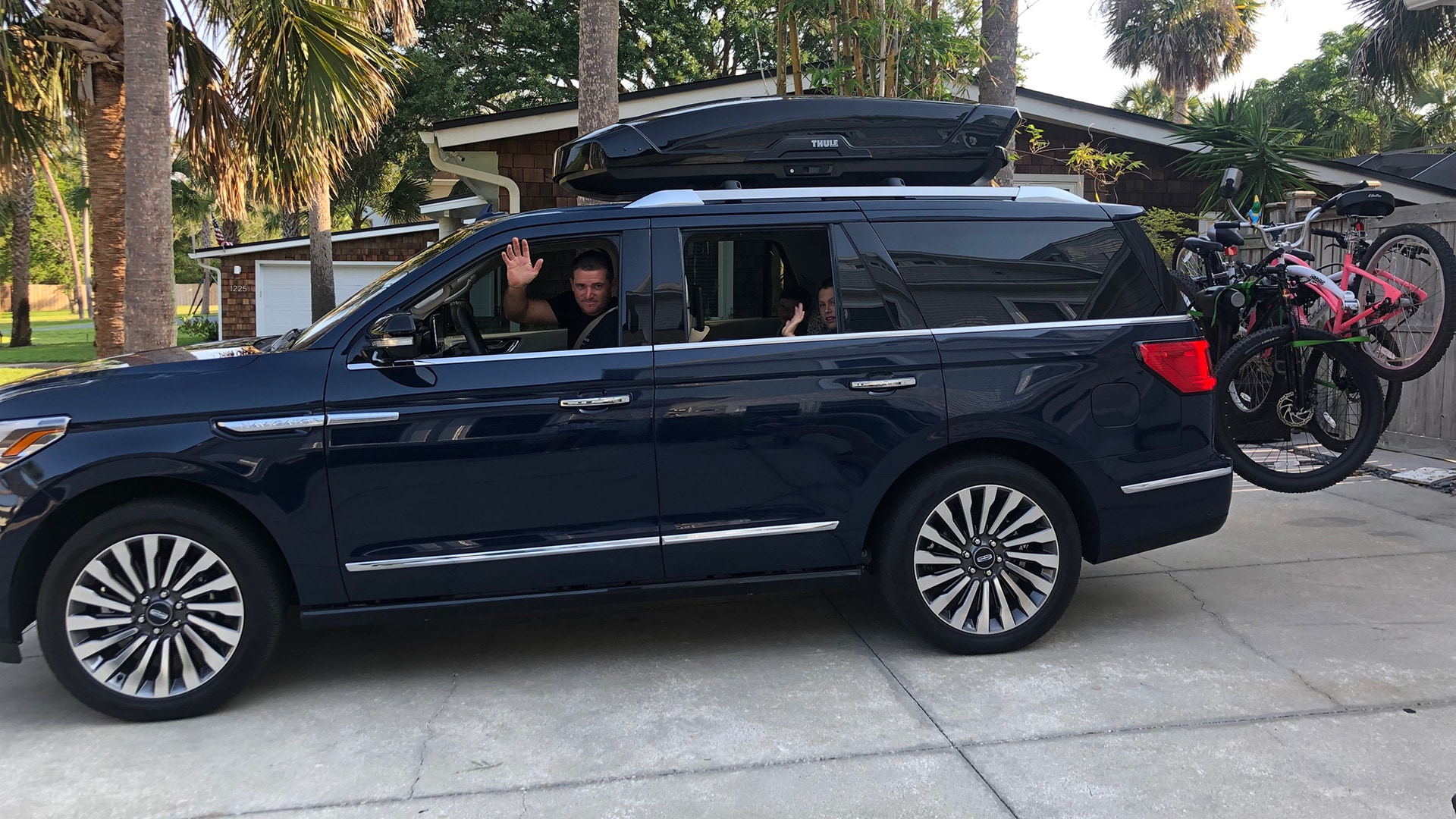 Golf’s version of the Griswold’s “Family Vacation” made a detour to U.S. Open sectional qualifying in Columbus, Ohio, on Monday — and ended up with a spot in the field next week at Pebble Beach.

“We’re just doing it Saunders style,” Sam Saunders said on Tuesday morning from behind the wheel of his SUV somewhere near Niagara Falls.

Saunders earned the third qualifying spot in Columbus when he fired 64 at Brookside, a shot off the course record, and 69 at Scioto, which was playing to a par of 70.

Pebble Beach holds a special significance for the 31-year-old grandson of Arnold Palmer. Palmer, along with Clint Eastwood and others, played a key role in the restructuring of the Pebble Beach Company back in 1999.

“It was a special place for him, in golf and in business, as well," Saunders said. "It’s a very meaningful spot.”

Pebble is also where Saunders earned his first PGA Tour check, at the 2010 AT&T Pebble Beach Pro-Am. It's an event he's played every year since.

“I just love Pebble," Saunders said, back behind the wheel after a pit stop at a Residence Inn east of Cleveland. "It’s nice to play a U.S. Open where I’ve played so much.”

First comes a stop at the Canadian Open in Hamilton, Ontario, where Saunders, currently 185th in FedExCup points, hopes to play his way into the top 125.

In the back seat on the ride to Canada were sons Cohen, 10, and Ace, 5. Arnold had nicknamed Sam as “Ace,” and so the name was passed down. Saunders' wife, Kelly, was in the passenger seat up front. Four bicycles were strapped to the back of the Navigator as was a cargo box was on the roof of the vehicle. The Saunders don’t just hang in hotel rooms.

“They’re watching 'Night at the Museum,'” Sam said of his boys, before adding, “It’s better than flying private.”

The Saunders started their trip in Florida on May 26, stopped by their alma mater, Clemson, in South Carolina, took the kids to the amusement park in Gatlinburg, Tennessee, spent Memorial Day weekend in the mountains of North Carolina, and were planning to make to Hamilton for nine holes on Tuesday afternoon and the pro-am on Wednesday morning.

They’ll be flying to Pebble and then back across the country to Hartford, Connecticut, for the Travelers Championship, as Saunders continues the quest to lock up his 2019-2020 Tour card before the end of the season.

Saunders, 31, is the same age his grandfather was when he drove the first green at Cherry Hills on his way to his only U.S. Open triumph in 1960.