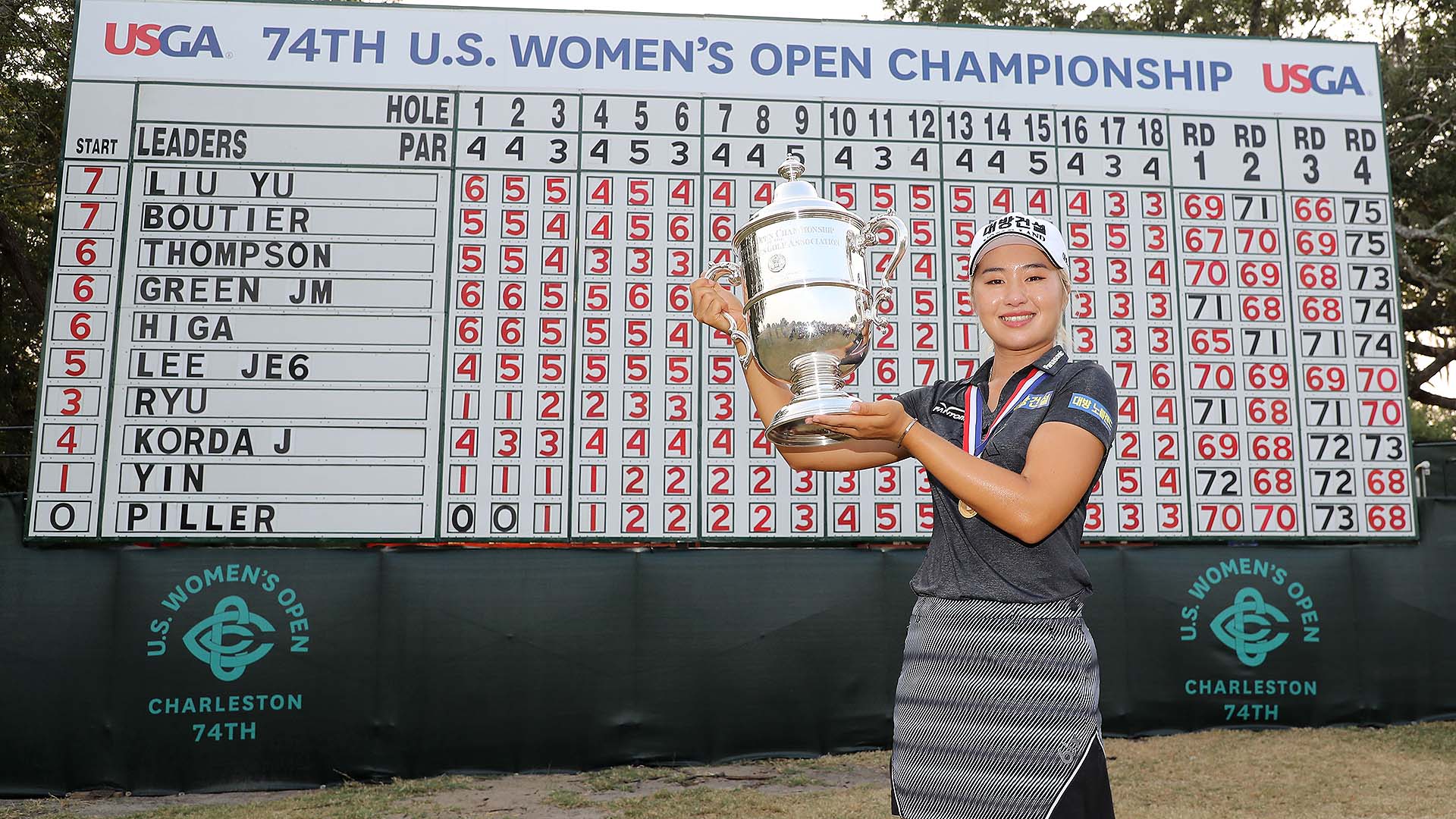 If you aren’t intrigued by Korean women in golf, you don’t care enough to pay attention.

That’s one of the big problems the LPGA still faces.

Aside from the tiny nucleus of writers regularly covering the LPGA, and Golf Channel’s extensive weekly broadcast and digital coverage, there’s a serious media disconnect. Most major news outlets don’t bother going beyond picking up wire reports. Often, it’s even that way at the majors.

Hank Haney was openly and unabashedly dismissive of the women’s game on his SiriusXM Radio show last week. As a high-profile figure in an influential position, he basically said he couldn’t care less about professional women’s golf and its biggest event of the year. And, he implied that Korean dominance was a big turnoff, that all he could be certain of is that there were a bunch of players named Lee in the field.

After Jeongeun Lee6 won the U.S. Women’s Open Sunday, Haney tried to justify his dismissive remarks as being insightful. He patted himself on the back for predicting the winner.

“I knew a player named Lee would win,” he tweeted.

Haney took the veil off what a lot of us still hear and sense in the male ranks, even after the heightened interest generated by the inaugural Augusta National Women’s Amateur. There’s more than indifference to the women’s game. There’s still a lack of respect.

Hank Haney sent out two strident tweets Sunday, as South Korea's Jeongeun Lee6 was busy closing out her first major victory. He even misspelled her name.

It would have been nice if Haney had tweeted something more supportive in the wake of Lee6’s victory, a sign he’s taking the time to educate himself. It would mark progress if he showed new appreciation for the women’s game going forward. It would count as a victory if he became a champion of the women’s game. That would be something to applaud.

It’s not as bad as it once was, thanks to Korean players who have worked tirelessly to embrace American fans and culture.

Inbee Park, So Yeon Ryu and Na Yeon Choi have been more than great champions. They’ve been devoted Korean ambassadors to American fans. They deserve so much more respect than the dismissive treatment they got on Haney’s show. That’s a gut punch if you know the efforts they’ve made.

Park, Ryu and Choi have done admirable work breaking down barriers a lot worse than they are now. They have been a bridge between Se Ri Pak’s American breakthrough and today’s new wave of Korean stars that includes Lee6, In Gee Chun and world No. 1 Jin Young Ko.

Park, Ryu and Choi didn’t just follow the path Pak carved to America as major champions. They smoothed out a new highway, planting flowers along the way.

They devoted themselves to carrying the Korean story to our shores. They didn’t just master English. They mastered storytelling in English.

Park is one of the best interviews in the women’s game.

When Park matched Babe Didrikson Zaharias’ record winning the first three majors of the year back in 2013, she helped every one of us telling her story, with generous detail, insight and anecdotes. She answered questions she had heard a hundred times as if she were hearing them for the first time. She gave good answers to lousy questions. She never declined an interview after a round in that stretch. Not once that this reporter knows about.

If you are pursuing a certain storyline, Park will help you. She’ll affirm your angle, or she’ll steer you to the correct variation. If you don’t come away from Park with a nugget to build a story around, it’s your failure, not hers.

Ryu’s and Choi’s charms make them Park’s rival in the media center.

If you’re speaking to Ryu, you’re likely to get an amusing anecdote, like how her swing coach Cameron McCormick gives her odd homework assignments, like the time he challenged her to ride a roller coaster – she fears them – as a tool to help her confront fear in and outside the game.

Choi has gifted more than one writer with an angle in her career, as she did just last month in San Francisco, when she shared what she did in all her down time while taking last year off to heal a back injury. She got a master’s degree in biomechanics from Kunkok University in South Korea.

And there’s another thing about the misguided notion that Asians hurt the LPGA’s tour. You can argue they actually saved the LPGA through that economic swoon that nearly sunk the tour in 2011, when title sponsors were bailing out and the schedule shrunk to a bare-boned 23 events. Asian sponsorships and the LPGA’s Korean TV contract were vital to the tour’s survival. That commitment remains vital today. Six of the first seven events on American soil this year were sponsored by Asian companies , five of them Korean or Korean-American companies.

LPGA commissioner Mike Whan made the most of Asian devotion to the women’s game after he took the tour’s reins, choosing to embrace it when so many people were trying to tell him Asian influence was hurting his tour. He knows better. He knows diversity and inclusiveness are keys to the LPGA’s overall strength.

Too many in golf aren’t bothering to see the charms that Park, Ryu, Choi and other ambassadors bring to the women’s game. It’s troubling when they won’t bother to see beyond stereotypes.