McCarron leads, Clarke two back at Champions event in Japan 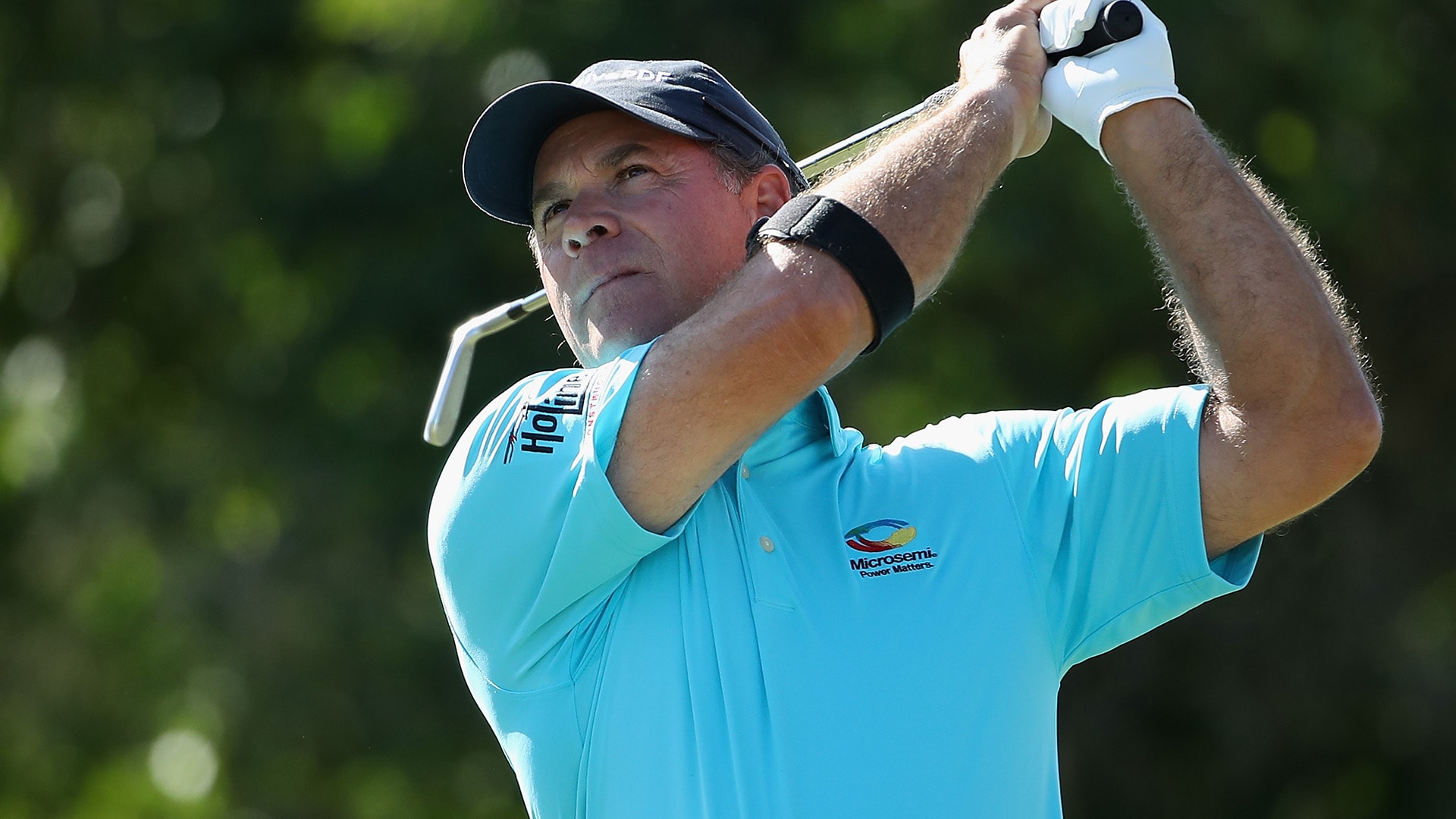 Scott McCarron made a 20-foot birdie on his final hole Saturday to grab a one-stroke lead with one round to play at the PGA Tour Champions’ Mastercard Japan Championship.

McCarron is seeking his third victory on tour this season, having claimed the Mitsubishi Electric Classic and the Insperity Invitational. He also currently leads the Schwab Cup standings.

Triplett is a winner this season as well, capturing the Hoag Classic.

Clarke, meanwhile, is seeking his first victory anywhere since the 2011 Open Championship.

Japan's Ken Tanigawa, who won the Senior PGA Championship this year, led after the first round. He's now tied for 18th following a 77.

This week’s event is being contested at Narita Golf Club in Narita, Japan. The final round can be seen live on Golf Channel Sunday morning at 12:30 a.m. ET.