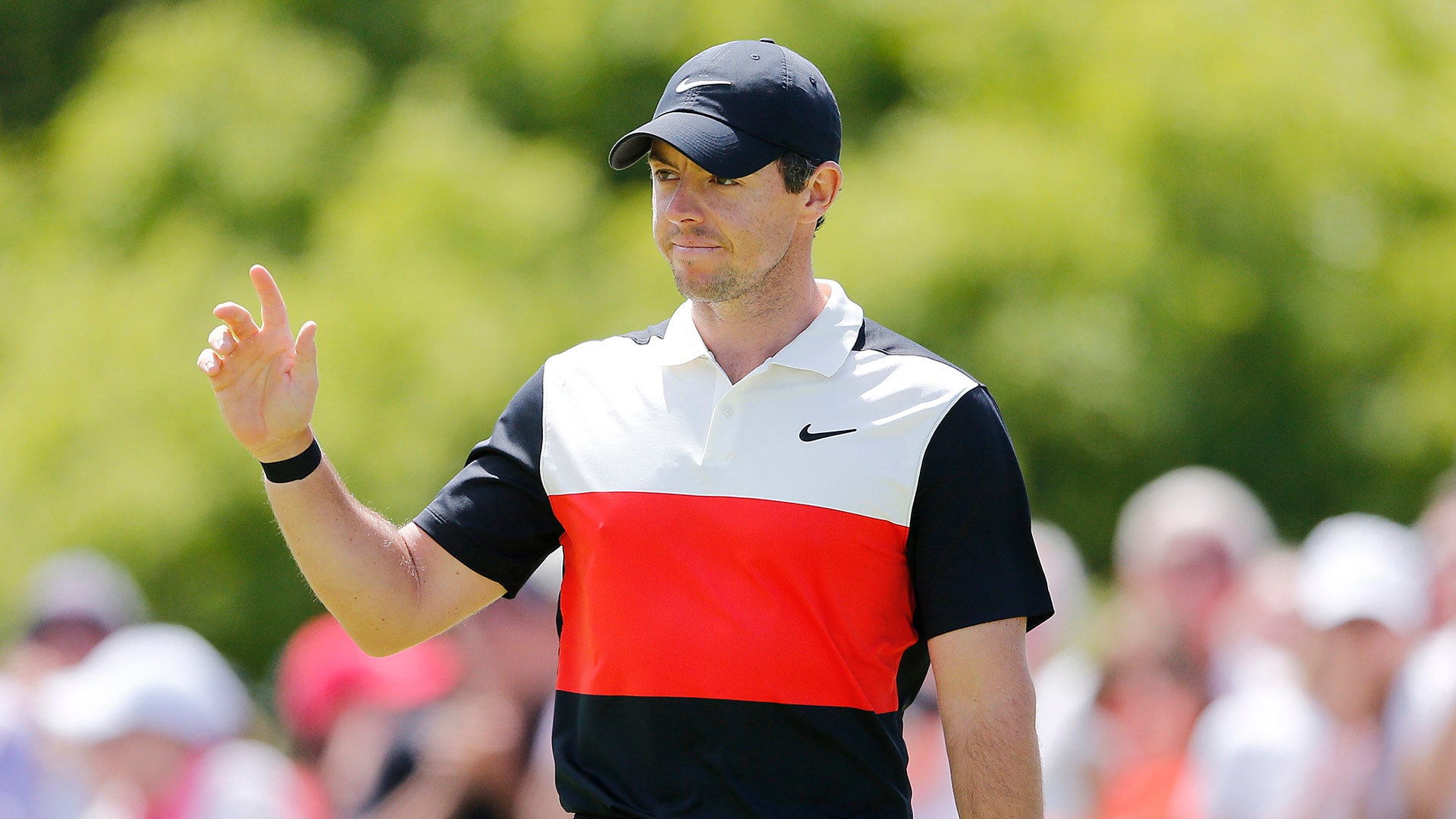 Rory McIlroy climbed to the top of the leaderboard Saturday at the RBC Canadian Open, where he shares the lead with Webb Simpson and Matt Kuchar. Here’s where things stand entering the final round:

What it means: McIlroy’s first Canadian Open start continues to get better by the round as he followed rounds of 67-66 with a 6-under 64. He’ll tee off in Sunday’s final group alongside Simpson.

Round of the day: McIlroy went bogey-free while carding six birdies. While the driver has been giving him troubles recently, McIlroy missed only four fairways on Saturday and leads the field in strokes gained off the tee. He also needed just 27 putts to get around.

Best of the rest: Jonathan Byrd matched McIlroy’s 64, his first score of 64 or better since last year’s Wyndham Championship. … A day after making two bogeys and a double in his final five holes, Lowry went bogey-free over his last 16 holes and shot 4-under 66.

Biggest disappointment: Scott Brown started the day tied for the lead, but he made just one birdie and gave two away late on a double bogey at the par-5 17th hole. Brown, who shot 5-over 75 to fall to T-13, entered this week having missed six of his last eight cuts.

Main storyline entering Sunday: Coming off a missed cut at the Memorial, his first since the 2018 U.S. Open, McIlroy will look to notch his second victory of the season before he heads to Pebble Beach next week. McIlroy has finished worse than T-9 just twice in 11 starts this year, but he has missed each of his past three U.S. Open cuts – all of which came after he didn’t play the week before. The week before his last major win, the 2014 PGA, McIlroy won the WGC-Bridgestone. … Also, three tickets to The Open at Royal Portrush are up for grabs. As it stands, Hadwin, Mackenzie Hughes and Erik Van Rooyen are in position, though Graeme McDowell is tied for ninth with Rooyen and two others not already qualified. (Rooyen wins the tiebreaker as the highest-ranked player.)

Quote of the day: “I'm much happier with it than I was Saturday morning last week. A week can make a big difference. Just tidied a couple things up. Got the driver going a bit better; got my wedges going a bit better. The things that you definitely need around this golf course, Hamilton, and things I'll obviously need down the line looking at the next few weeks coming up. … If anything, that missed cut last weekend has been a little bit of a blessing.” – McIlroy