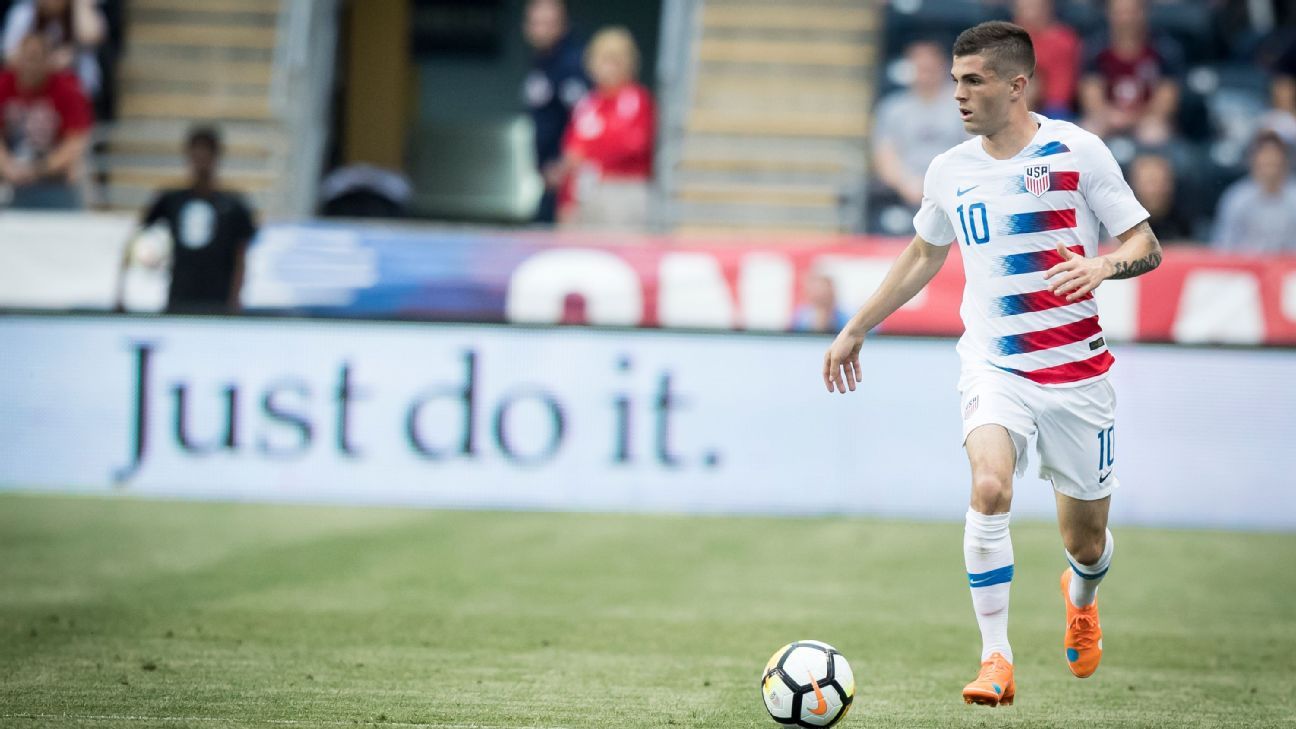 CINCINNATI, Ohio -- United States manager Gregg Berhalter said he'll field a starting 11 that is closer to his preferred lineup in Sunday's final pre-Gold Cup tune-up against Venezuela, but that neither Christian Pulisic nor Michael Bradley will play in the match.

Pulisic trained with the team for the first time on Friday after taking a two-week break. Bradley has been nursing a hamstring injury, but has been a full participant in training.

"With Christian, it's that he just got into camp," Berhalter said. "We're building him up in the same way that we built up Weston [McKennie] and other guys that arrived at a later date into camp."

On a positive note, Berhalter noted that newcomer midfielder Tyler Boyd, forward Jozy Altidore and defender Aaron Long are all available. Berhalter added that Boyd would see limited minutes, while Altidore would play some part in the match, although he stressed that the Toronto FC striker wouldn't go the whole 90 minutes.

"We're going to continue to progress this group," Berhalter said. "You will see a more representative [team] of what could be a potential lineup. We know we're still missing some players, and that's fine. The whole idea of these two games was to build the team. We came in with an Olympic/national team group. We transitioned into more of a national team group, and now we're getting more of the Gold Cup group prepared. It's not going to be our end lineup, but you have to deal with these things as they come."

Berhalter also further addressed his decision to leave 19-year-old forward Josh Sargent off the Gold Cup roster, opting to go with only two strikers in Altidore and Gyasi Zardes.

"When [Altidore is] fit and he's strong, there's not a better striker than him in America," Berhalter said. "So it's hard to say, 'OK, here's a 19-year-old that is going to displace Jozy Altidore, even though he has a bright future ahead of him.' And the way we frame this is we're saying, 'Okay, he's participated in a U20 World Cup already. This is an opportunity for a guy like Sebastian Soto to show his self, his game on the world stage.' And he's done a great job of taking advantage of that.

- When is the CONCACAF Gold Cup?

"Now if we view Josh as being more advanced than the U20 level, that doesn't mean he's ready to be a full international. There's space in between that. In between that comes the Olympic team, and Olympic qualifying, and perhaps the Olympics. In my mind, Josh is really close and has a lot of talent. If we had extra space on the roster, he'd be with us. But we don't."

The U.S. will be facing a Venezuela side that has its own tournament for which to prepare, that being the 2019 Copa America in Brazil. Berhalter feels that La Vinotinto will provide a different kind of challenge than Jamaica did last Wednesday.

"Whereas Jamaica gave us the physicality and the counterattacking, Venezuela has a very good striker, good wingers as well, so they do have transition and they'll high press at times," Berhalter said. "So it's another good challenge, something to prepare us for the Gold Cup."

The high press will be one to watch, especially since the U.S. was sloppy in playing the ball out of the back against Jamaica, with one such sequence leading to Shamar Nicholson's game-winner.

"Any time you're in some high pressure, there's going to be some errors," Berhalter said. "It's about staying calm, being brave, opening up, moving for each other and you can solve it."

Berhalter also added that he has yet to settle on who will captain the team during the Gold Cup.

"The way we see this group is that it's a group that we're developing, and we want to get leadership from a number of different players," he said. "We're not at the point now where we can say there's one leader in the group who is going to lead us forward. We think that right now we want a number of different guys to step up. We're not in the phase yet where we're ready to pick a full-time captain."

More in this category: « Ramsey has played last Arsenal match - Emery Van Dijk a shoo-in for Ballon d'Or - if he stops Ronaldo »
back to top