Thomas plans to channel 'inner BK' if in major contention 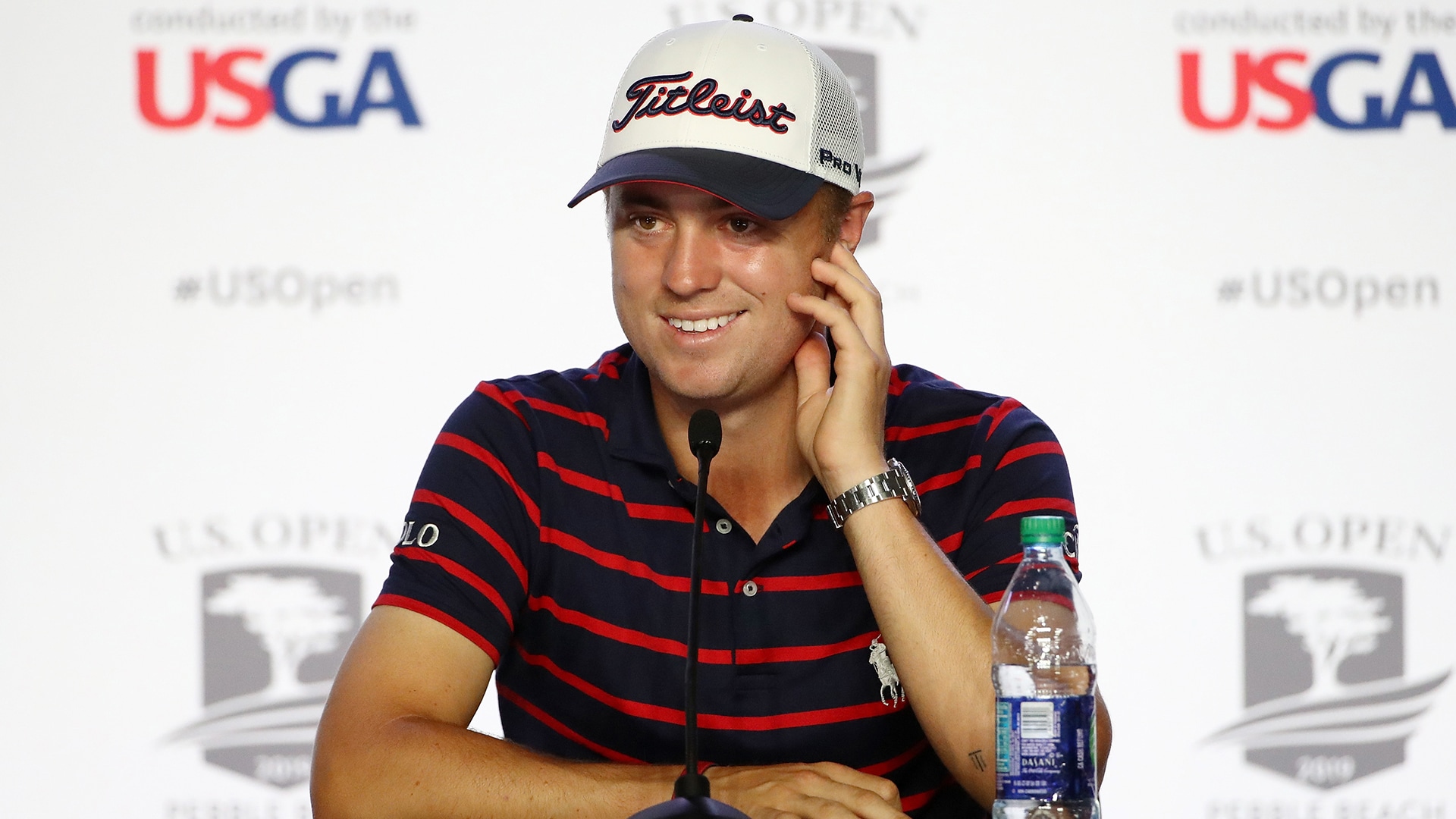 PEBBLE BEACH, Calif. – A midseason wrist injury forced Justin Thomas to sit out a major for the first time since 2015, and it was an illuminating experience watching at home.

Bethpage Black could have set up ideally for Thomas’ game, but instead he was on the couch, resting his wrist and watching Brooks Koepka dominate a brawny course and the deepest field in major golf.

“I feel like I learned a lot,” Thomas said.

Koepka had a seven-shot lead entering the final round, but an increasingly difficult setup dwindled his advantage to just a single stroke late on the back nine.

Thomas had experience dealing with a huge lead before – he led by seven heading into the final day at the 2017 Sony Open, and he won by the same margin – and could relate to the front-running pressure.

“It’s still, to this day, the most nervous I’ve been teeing off,” he said. “No offense, but all I heard from you guys was, ‘No one has ever blown a seven-shot lead in the history of the PGA Tour on Sunday.’ Every question I got was led with that ... so that thought is always in your head.

“It was tough at the Sony Open. So I can’t imagine how it was at the PGA Championship.”

And so Thomas was impressed with how Koepka handled the back nine, how he steadied himself after a few mistakes and how he captured his fourth major in his past eight starts.

“Watching how he handled that and the adversity that was thrown at him and just the shots that he hit when he needed to, because I know that I can get a little bit up and down with my emotions,” Thomas said. “I just feel like he handled that really well. So maybe if I got in that scenario, then I hate to say channel my inner BK, to boost his ego, but definitely show some of those characteristics.”

As for the ailment that kept him out of the PGA? Thomas said that his wrist injury now is a “non-issue,” which is good news with thick, juicy rough in play here at Pebble Beach.