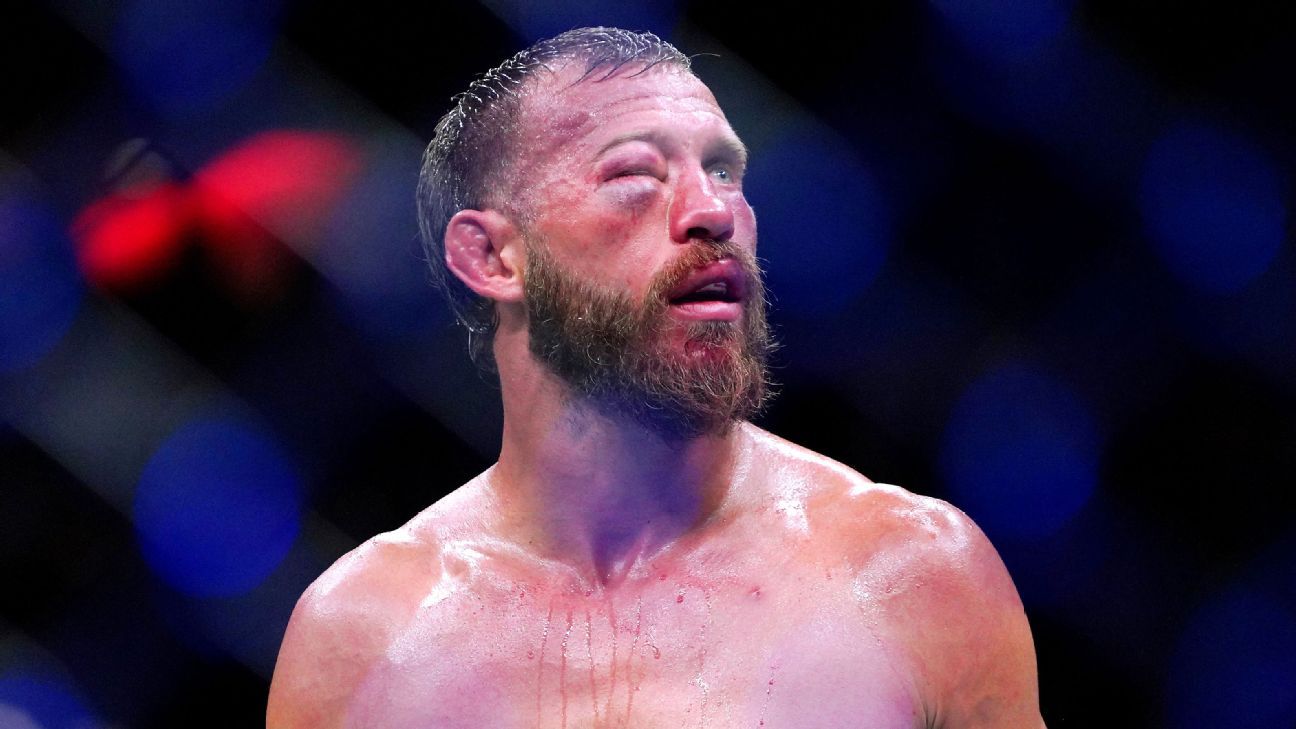 Donald Cerrone says he got a relatively clean bill of health after a bloody war with Tony Ferguson last weekend.

"Cowboy" wrote Tuesday on Instagram that he didn't break any bones and did not have a broken or cracked orbital bone stemming from the UFC 238 war Saturday night in Chicago. UFC president Dana White previously stated at the post-fight press conference that Cerrone went to the hospital with a broken orbital.

I'm in Good Health. Thanks for all the message and concerns. Only air was in my eye. No broken bones nor cracked or broken orbital. Sitting and waiting for the Rematch or next fight ?

Ferguson won the fight by TKO after the second round when ringside physicians ruled that Cerrone could not safely go on. Cerrone's right eye was completely swollen shut. "Only air was in my eye," Cerrone said. "No broken bones nor cracked or broken orbital."

Cerrone added that he's waiting for a Ferguson rematch or his next fight.

Cerrone (36-12, 1 NC) was on a three-fight winning streak heading into the bout and was closing in on a lightweight title shot. The New Mexico resident earned a $50,000 Fight of the Night bonus with Ferguson for the bout. Cerrone, 36, has the most wins (23) and finishes (16) in UFC history.