Bruins' Grzelcyk out of protocol, can play Game 7 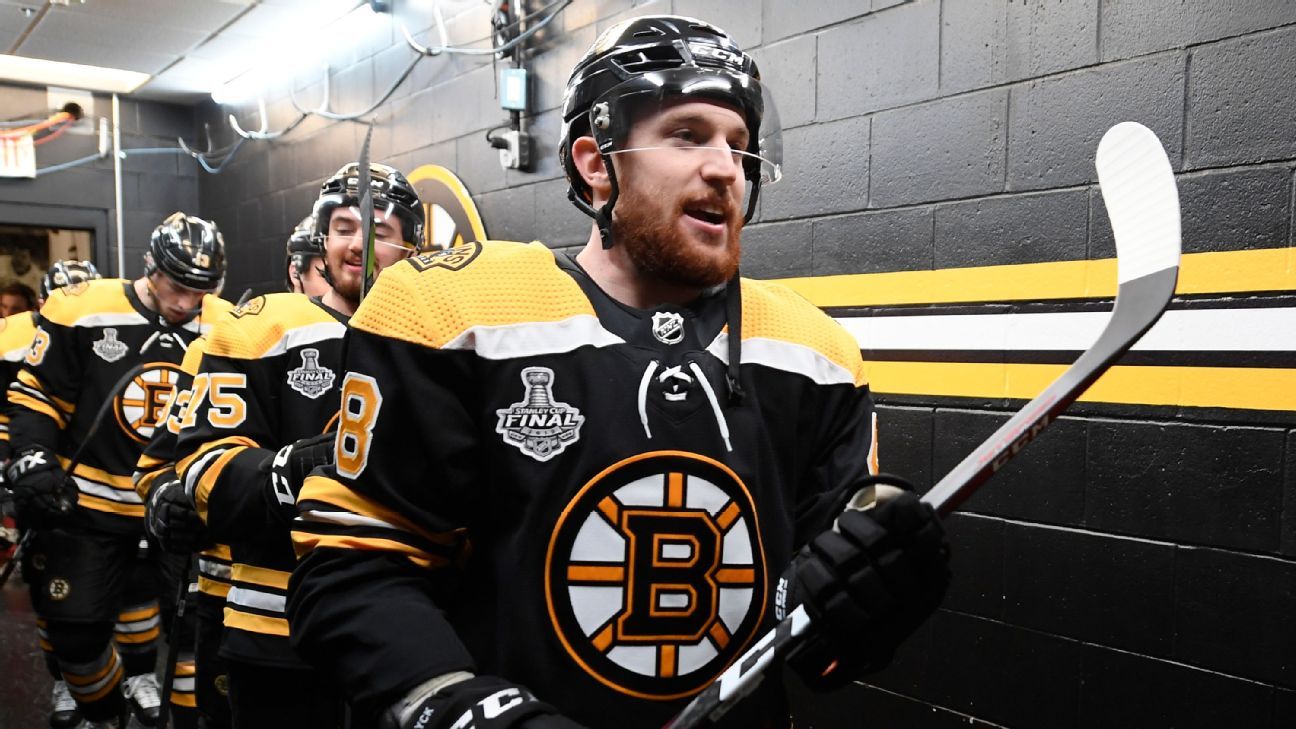 BOSTON -- Bruins defenseman Matt Grzelcyk has been medically cleared from a concussion and is likely to play in Game 7 of the Stanley Cup Final on Wednesday, coach Bruce Cassidy said.

"He'll be a game-time decision," Cassidy said. "But looks like he'll go in."

Cassidy said rookie Connor Clifton would probably be bumped from the lineup if Grzelcyk goes in against the St. Louis Blues.

Grzelcyk has been sidelined since Game 2, when he was boarded by Blues forward Oskar Sundqvist, who served a one-game suspension for the play.

The Bruins were hopeful that Grzelcyk could return as soon as Game 5, but team doctors would not medically clear him from concussion protocol.

Grzelcyk, though, has been skating with the team for the past week in a maroon noncontact jersey.

Cassidy said he was not worried about Grzelcyk needing time to find his game because, with such a high-stakes situation, "adrenaline would probably get you through."

"One thing about Matt, if he does go in [after] missing some games, is he's been skating with us," Cassidy said. "It's not like he just jumped on the ice yesterday. He's been participating, albeit noncontact, so it's a little bit of a different animal there.

"But at this time of year, you're not getting a lot of contact in practice anyway. So he's just going to have to understand -- because he did obviously live the first game and a half or whatever it is in St. Louis -- that it is going to be physical. He's been there, he's been watching. He knows he has to get back in a hurry, make the decisions with it and take a hit to make a play. That's what's required. It usually is against this team."

Grzelcyk, 25, played in 66 regular-season games with the Bruins and 19 games this postseason. He has three goals and four assists while averaging 16:22 of ice time in the playoffs.