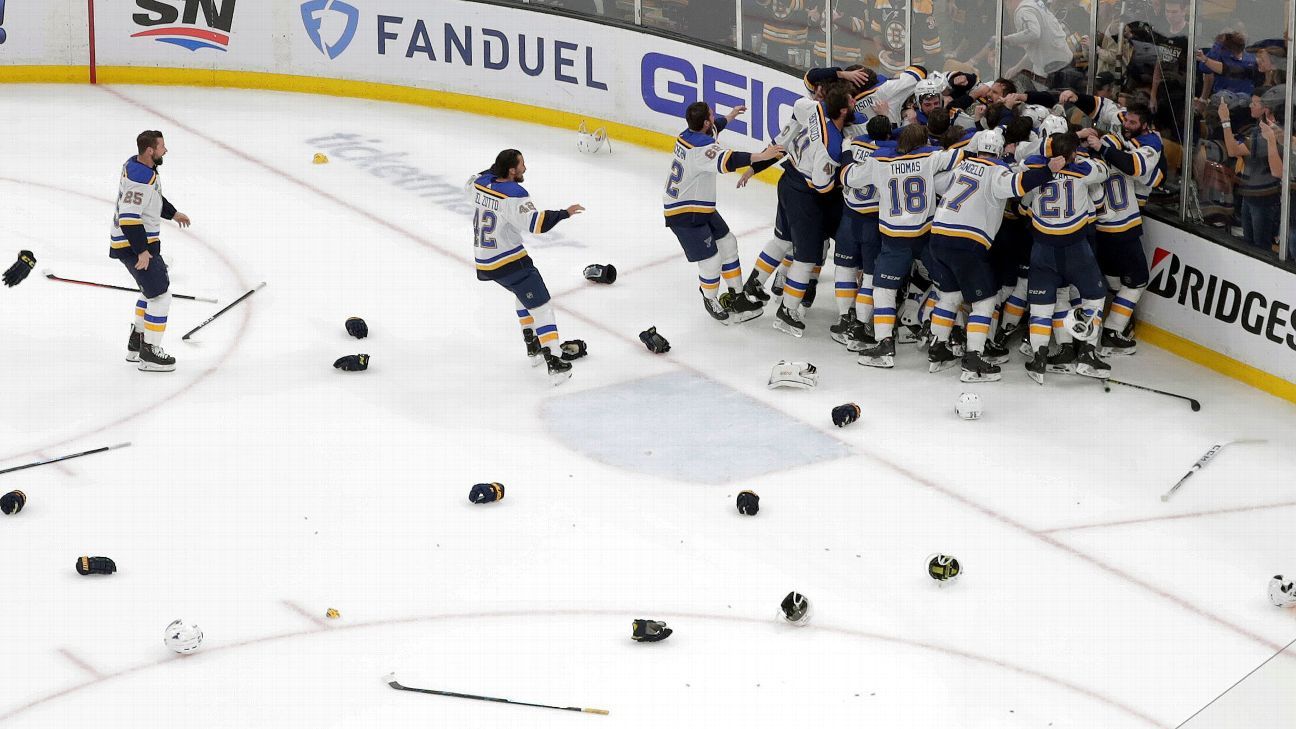 Oddsmakers are not allowing a historic payout and overall financial loss to influence their bookmaking protocol.

The St. Louis Blues are Stanley Cup champions, costing Caesars sportsbook "well into the six figures" after they became the first team in the expansion era to win the championship after owning the NHL's worst record at any point following their 30th game.

It goes beyond Berry's ticket. Tallying its 18 properties over four states, Caesars finished with a red number on its entire NHL future book.

"The Blues were just a popular team at the window. It was one of those weird things," Davis said. "They were a public team and the money never really stopped. It's weird. It's just a one-off."

The stars almost aligned last season. The Vegas Golden Knights nearly capped an improbable title run before losing in the Stanley Cup Final to the Washington Capitals. Bettors throughout Las Vegas held long-shot tickets in the neighborhood of 500-1 odds, given it was the local team's inaugural season. Sportsbooks did fall victim to beefy payouts when the Knights won the Pacific Division and the Western Conference.

The Tampa Bay Lightning are the favorites with 5-1 odds, fresh off capturing the Presidents' Trophy with the league's best regular-season record, though they were upset in the first round.

"There's no reason to think they're not going to be a buzzsaw again," Davis said. "They have a top-three goalie. All lines can score. They have to be the favorite and they have to be a sizable favorite."

Now, after the Blues' unlikely title and Berry's six-figure payday, all odds seem to have life.

"It's sports. Things happen. That's a bet you generally want to take. It's usually 400 free dollars," Davis said. "Now it's not, though."