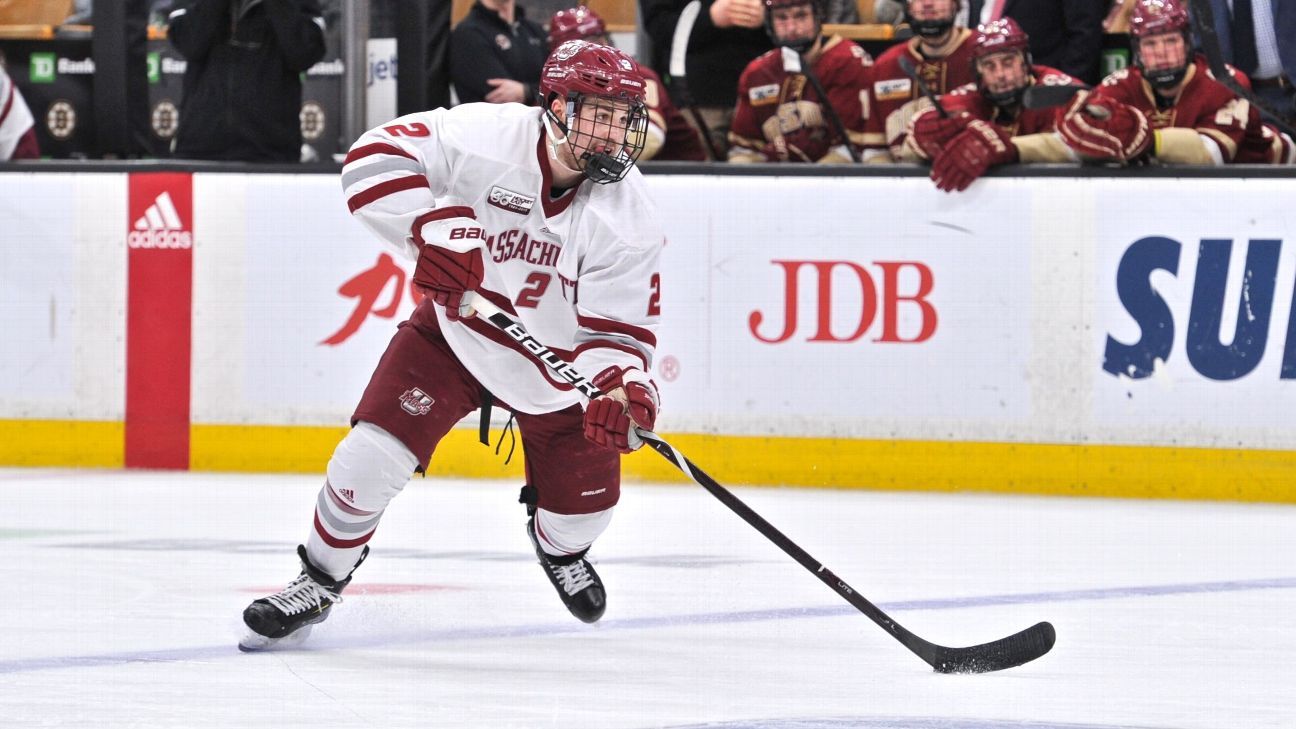 Every year's NHL draft class features some prospects who don't make my final top-100 rankings -- which will be published early next week -- but make for decent value picks in the mid-to-late rounds. These draft sleepers stand out to me mainly for their potential upside as low-risk, high-reward swings after the top names are off the board.

Here are 14 such players who make for intriguing depth draft selections.

Undrafted a year ago despite winning the USHL's Defenseman of the Year award, Del Gaizo is a tad undersized, but he plays an aggressive brand of defense aided by his strong gap control and ability to close on forwards quickly. While he certainly benefited from pairing with Cale Makar at UMass last season, Del Gaizo handles his own business quite well. The main thing holding him back at this point is his skating, which is probably average. But he has a lot of other tools that suggest he can make a case for himself this draft season. I was especially impressed with his maturity and the effectiveness of his game as a freshman defenseman.

He was one of my sleepers for last year's class, and I simply won't give up on the kid. I put a lot of value in versatile, multidimensional players, and that's exactly what Blumel is. He's aggressive, physical and smart, and he has good defensive skills. He'll be headed to UConn next season, where he should get a pretty decent opportunity to play a key role right away. I think his work ethic, compete level and versatile game could get him to the higher levels of the game.