Ranking the top goalies in the NHL draft: How good is Spencer Knight? 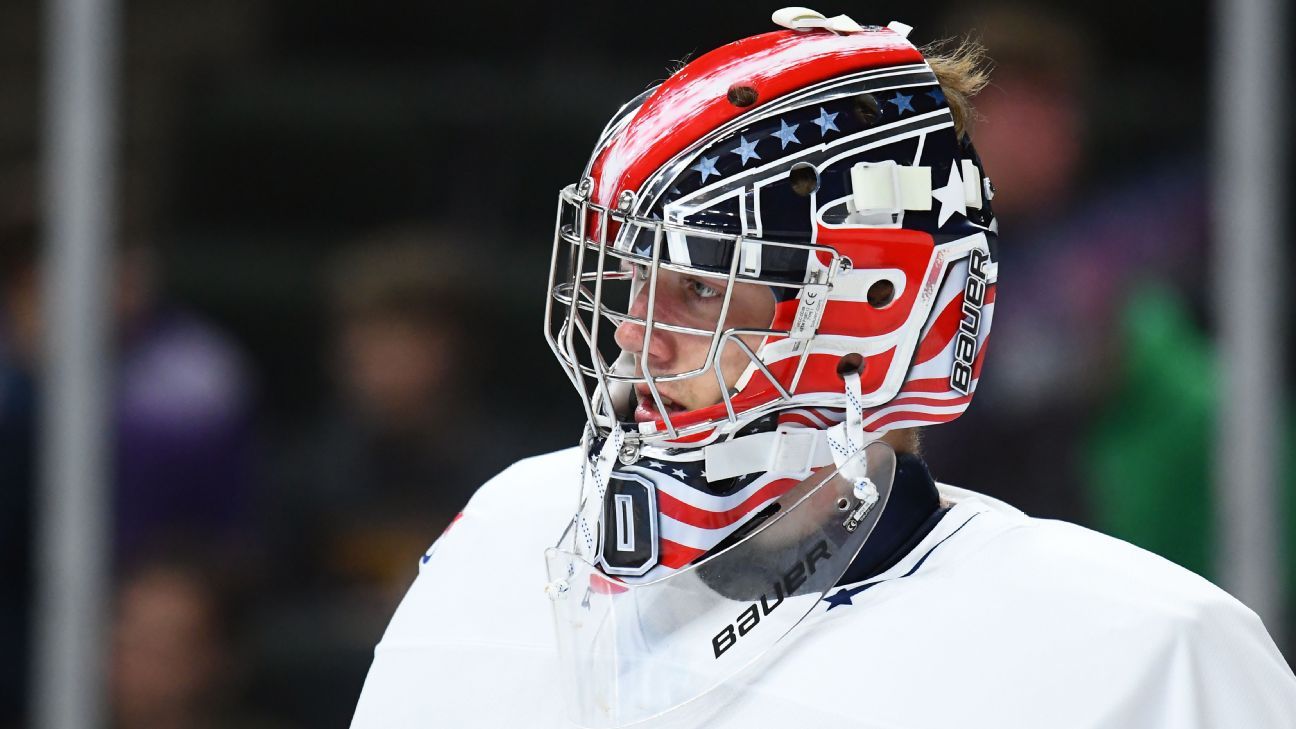 The 2019 NHL draft's goalie class is pretty strong in a lot of ways. It starts as the top with Spencer Knight, one of the more comfortably projectable goalies -- if there is such a thing -- in some time. He is head and shoulders above the rest, but there is quite a bit of depth here, as well.

This year's class features a number of draft re-entries and a fairly big mix of goalies who don't fall under the prototypical size categories. I'll be the first to admit that evaluating the goaltending position is especially difficult for someone untrained in the nuance of the position. That's why I consulted with NHL scouts and some goalie-specific experts to help compile this list. Here is a ranking of the top nine goaltenders.

Note: Heights and weights are via Central Scouting and/or NHL combine testing, stats are from Elite Prospects and ages are representative of how old each player will be on draft day.

One of the goalie analysts I spoke with said that if Knight isn't the top goaltender in this draft class in hockey sense, skating, control, poise, technical skill and athleticism, he is no worse than second. Throw in his elite puckhandling skills and a years-long track record of success and you'll see why Knight is so highly regarded. There isn't much about his game that doesn't fall into the elite category, at least for this stage of his development.

So what makes him special?

"Skating, feet and movement ability," Jared Waimon, a longtime goalie coach and founder of Pro Crease Goaltending, said of a separating skill for Knight. "With the way the position is heading ... his ability to arrive on his feet and limit how much he's sliding [is important]. With the late plays, late guys coming in, if you're sliding, you're in a lot of trouble. He trusts his edges, and he's always had that great sense of balance. He's never on his butt, ever."

Waimon, who has been working with Knight since he was 10-years-old and helps with USA Hockey's national goaltending program, also cites Knight's puck tracking and hockey sense as major skills that allow him to stand out.

The exceptional puckhandling also is one thing that everyone mentions when talking about Knight. He is not just sturdy in that department, but also creative and precise. One scout remarked how his stretch passes hit the tape on his target's stick. Another noted that his ability to move the puck showcases his elite hockey sense.

He always has been a bigger kid, and as he has grown even taller, he has never lost coordination. Everything is in control, and he rarely is out of position. And when it does happen, he is able to shake off the mistakes and keep an even keel.

Knight has been a bit of a prodigy at the position. First, he played for Avon Old Farms prep school, of which Jonathan Quick is an alum, as a first-year student. As Waimon noted, even Quick needed an extra year of public school hockey before he could be the starter there. Then Knight became the all-time wins leader at the U.S. National Team Development Program, was called up to the U18 team as an underager and made the World Junior team, again as an underager. Knight posted respectable numbers over the course of this season, but NTDP goalies don't often produce gaudy save percentages. When he was between the pipes, his team lost just five times. He has excelled on every stage, handling pressure and attention with relative ease.