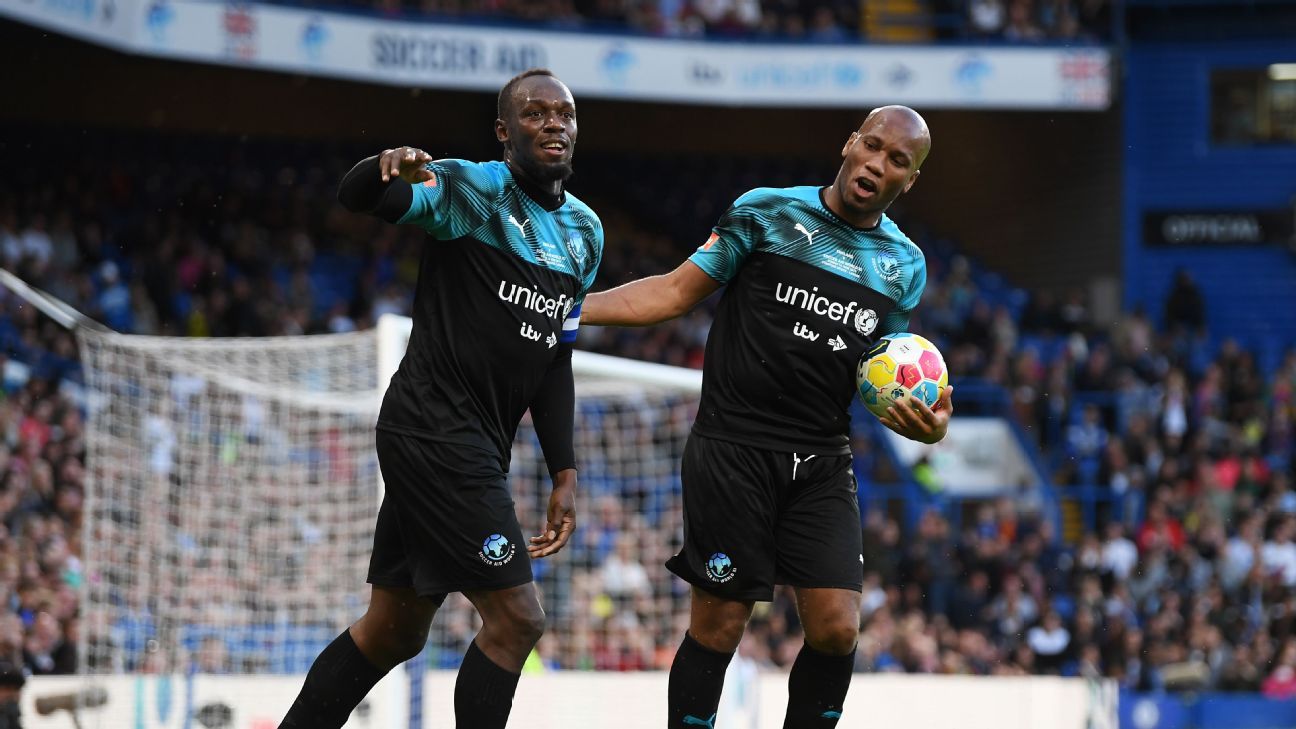 Usain Bolt scored a goal in a UNICEF Soccer Aid charity match as his World XI side beat England on penalties after a 2-2 draw on Sunday.

The world's fastest man had been trying to become a professional soccer player since retiring from athletics in 2017, but after announcing that his "sports life is over" in January 2019, he showed people that he's still got a bit of life left on the pitch.

The 14th edition of Soccer Aid, played on Sunday at Stamford Bridge, pitted a selection of England players and personalities against a World XI captained by Bolt, and was notable for being the first to feature female players. Yet it was Bolt who stole the show with a well-taken goal before half-time.

After former England and Liverpool defender Jamie Carragher hesitated when trying to defend an awkwardly bouncing ball, his mis-timed header allowed Bolt to steal in on goal with the loose ball, before finishing with a powerful, left-footed drive beyond former England goalkeeper David Seaman.

Bolt's goal for the World XI, which saw the Jamaican line up alongside Chelsea legend Didier Drogba, looked to be in vain as England were on course to win for a sixth time as they held a 2-1 lead late in the match thanks to a pair of goals from Jeremy Lynch. But up popped TV personality Kem Cetinay right before full-time to level matters and Bolt's team went on to win the match from the penalty spot.

Bolt first expressed a desire to play professional football in 2016, mentioning how he'd love to play for the club he supported, Manchester United.

Since then, the decorated Olympian has had trials and training sessions at several teams in a bid to realize his dream, including training with Norwegian side Stromsgodset in early 2018, a summer training spell with Borussia Dortmund, and a trial with Australian A-League outfit Central Coast Mariners for whom he made his debut on Aug. 31.

Despite accepting a pro contract on Oct. 21, 2018, and having previously turned down a two-year offer from Valletta in Malta earlier that week, he made just a handful of appearances, scoring twice in an Oct. 12 friendly against amateur side Macarthur South West United before leaving the club in early November.

And while Bolt's professional career never quite got on track, he and the rest of the stars of the match can take heart in knowing they helped raise over £6 million for the charity in Sunday's game.

More in this category: « Ramsey has played last Arsenal match - Emery PSG chief says 'ciao' to stars with bad attitudes »
back to top