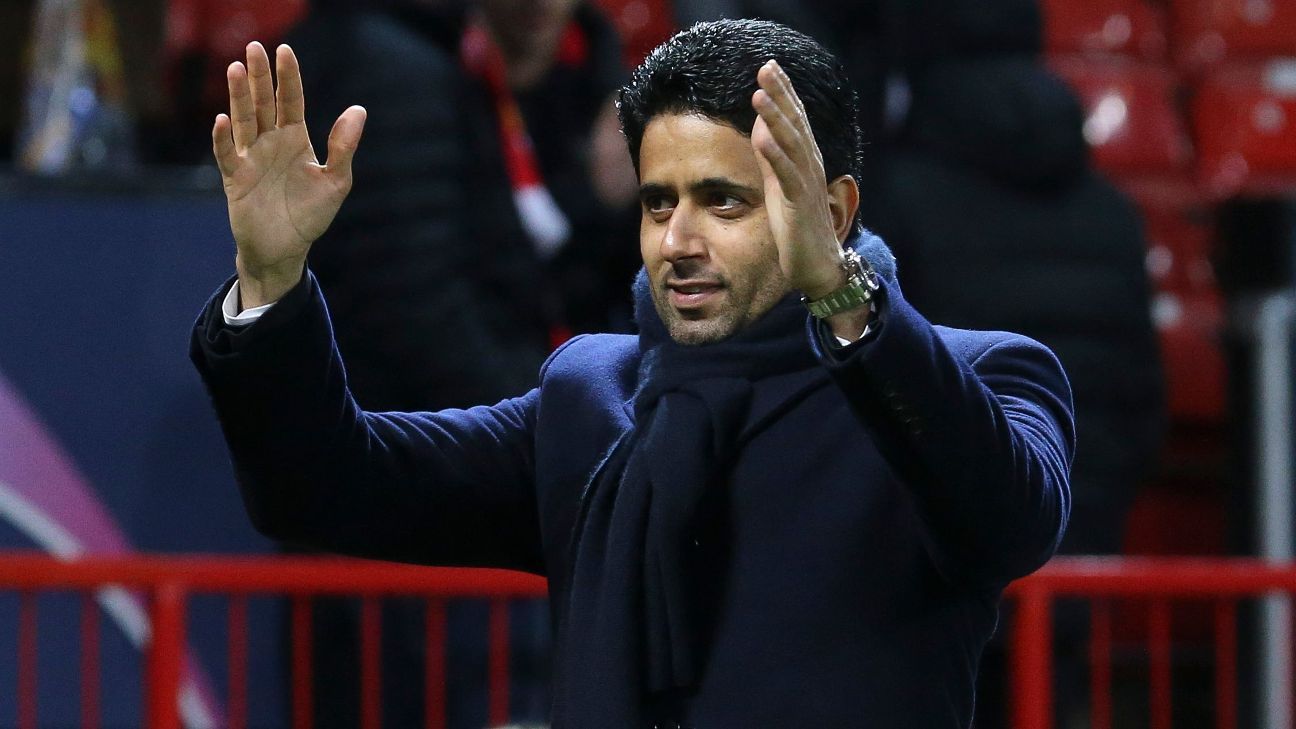 Paris Saint-Germain chairman and CEO Nasser Al-Khelaifi has said that the French champions will no longer tolerate superstar attitudes from their biggest players after a forgettable 2018-19 season.

PSG moved to replace sporting director Antero Henrique on Friday by welcoming back Leonardo after nearly six years away and the Brazilian will be tasked with disciplining a talented but unruly squad that saw no shortage of controversy last campaign.

"Players will have to be more responsible than before," Al-Khelaifi told France Football. "It must be completely different.

"They will have to do more and work harder. They are not there for their own amusement. If they do not agree, the doors are open -- Ciao!

"I do not want star behaviour anymore."

PSG's ultimately disappointing term saw Champions League humiliation at the hands of Manchester United, Kylian Mbappe's unexpected end of season declaration, further injury and a spate of suspensions for Neymar, as well as the internal suspension and freezing out of Adrien Rabiot.

Al-Khelaifi said that it reached a point where enough was enough, which prompted the move to reinstate Leonardo.

"I realised changes were essential," he said. "Otherwise, we were going nowhere."

In order to bring Leonardo back after his AC Milan exit, the Ligue 1 giants had to part company with Henrique after two unsuccessful years together.

"In two minutes, it was settled between us," Al-Khelaifi said. "Leonardo will have absolute sporting power.

"Leo is my guy -- incredible. He has my total confidence. His natural authority will be good for everybody -- especially the players."

The South American transfer guru's mission is similar to when he first laid Les Parisiens' foundations when Oryx Qatar Sports Investments (QSI) took over at Parc des Princes back in 2011.

More in this category: « Ramsey has played last Arsenal match - Emery Record-setting Lloyd leads U.S. past Chile »
back to top