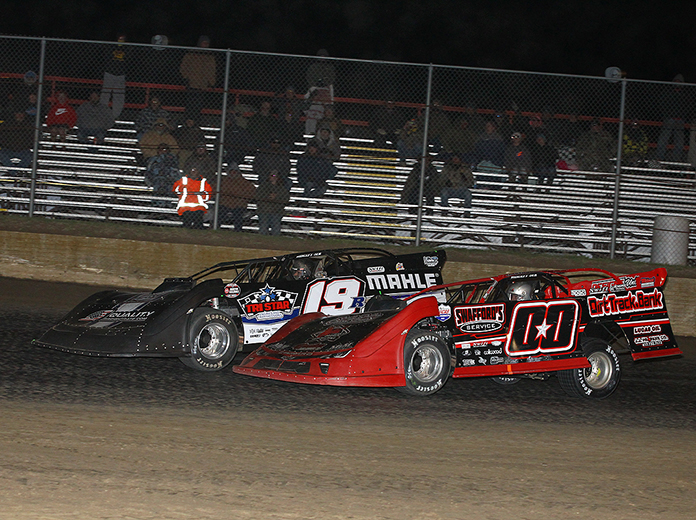 Gustin originally took the lead from Stovall on the 30th lap of the 40-lap feature and led the remainder of the race to claim the apparent victory.

However, during post-race inspection it was discovered that Gustin’s car had an illegal rear suspension component installed. As a result, MLRA officials disqualified Gustin and awarded the victory in Wednesday’s feature to Stovall.

More in this category: « Mid-East Mania Offers $25,000 Bonus At Carolina F-1 Confirms Addition Of Miami Grand Prix »
back to top