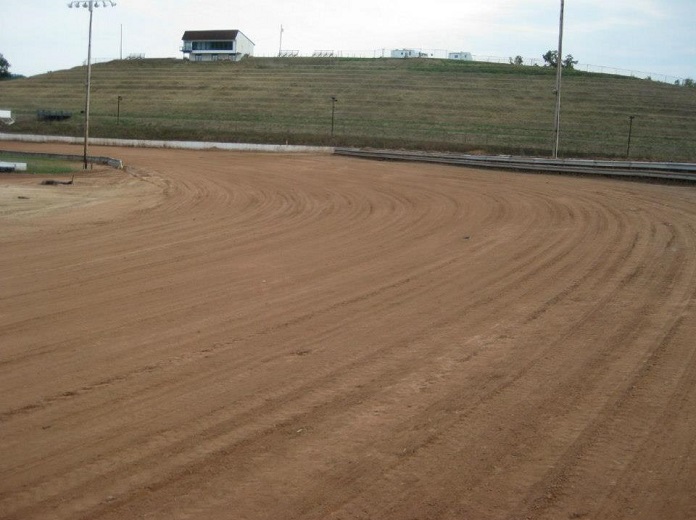 Cody Watson, the man behind WVMS Promotions, LLC, is leasing the five-eighths-mile West Virginia Motor Speedway from the PM Company in a five-year deal.

He’s announced a 14-date schedule with 10 race dates and four other days for things like a mud bog, monster trucks and a music festival. Super late models and modifieds will be the featured classes and four 410 sprint car shows are also scheduled.

The World Race of Champions on Aug. 6-7 will feature winged 410 sprint cars, UMP modifieds and one other class yet to be announced.

The track is located off Exit 170 of Interstate 77 in Mineral Wells, W.Va. It has both permanent seating and terraced hillside space for fans for total seating of around 9,500-10,000.

The track has been idle since 2013. Its renovation began last August with new roofs going on some buildings, water lines replaced, weeds cut back, electric upgraded and a host of other jobs completed.

Getting the track back in shape and ready to host a race is a big investment.

“I’m taking the responsibility for the purses, but the renovations have been a mutual effort between the PM Company and me,” Watson said. “The owners have funded some of the major upgrades and my team has done a lot of the manual labor to save money. We’ve picked up some of the smaller expenses too, like radios, scales, the track maintenance vehicles and things like that.”

The track has a storied history. It was built in 1984 and originally opened on May 19, 1985, with an All Star Circuit of Champions late model race. The original plan was to run special events only, which Watson is continuing.

The last time the track ran in its original configuration was in 2010. At that point it was converted to a four-tenths mile oval before closing in 2013 due to poor attendance.

Watson is betting fans will flock to the renovated and rejuvenated track.

Watson comes from a racing family. Both his dad, John Watson, and he drove race cars at various times, and his uncle, Dan Patterson, promoted Tyler County Speedway in Middlebourne, W.Va., before the senior Watson took over that lease. Cody’s father is still the promoter of that quarter-mile dirt track, which hosts the Hillbilly 100 super late model event.

In 2012, Cody Watson started the Renegades of Dirt Modified Tour. He ran it for several years before and after selling it to another party and then buying it back. Last October he sold the series to All-American Motorsports Promotions.

“When I took over the lease of WVMS, they made me an offer I couldn’t refuse,” Watson said. “I didn’t really want to sell it, but it was too good of an offer to pass up.”

The 31-year-old promoter has a lot on his plate. Why is he taking this risk, especially when COVID-19 has complicated so many things?

“Some of my motivation is my passion for racing. I love promoting racing events,” he said. “Another thing is timing. In 2016 and ’17 the state put in an all-new underpass, which greatly improved access to the track,” he said. “Before that, you had to go way down a back road to reach the track. With this new underpass you can access it right off the interstate, and it’s much easier for big rigs. When the state fixed that problem, it made the place much more accessible and attractive.

“We, meaning my family, made about a half-million dollars in improvements at Tyler County Speedway and I’m taking what we learned there and applying it to WVMS,” he continued. “West Virginia has a lot of racing history and a big racing population. This track will hold about 12,000 people and I believe it can be lucrative.

“The other part of the timing was seeing WVMS sitting idle was not good for the sport or the region,” Watson continued. “I knew we couldn’t wait too much longer. Somebody had to do something, or it would add even more money to the rebuild and make it off limits.”

So COVID-19 or not, Watson is putting in the work, doing his best to stage exciting events and depending on race fans to support the endeavor.

More in this category: « Bagnaia Fastest In Portugal As Marquez Returns F-1 Confirms Addition Of Miami Grand Prix »
back to top