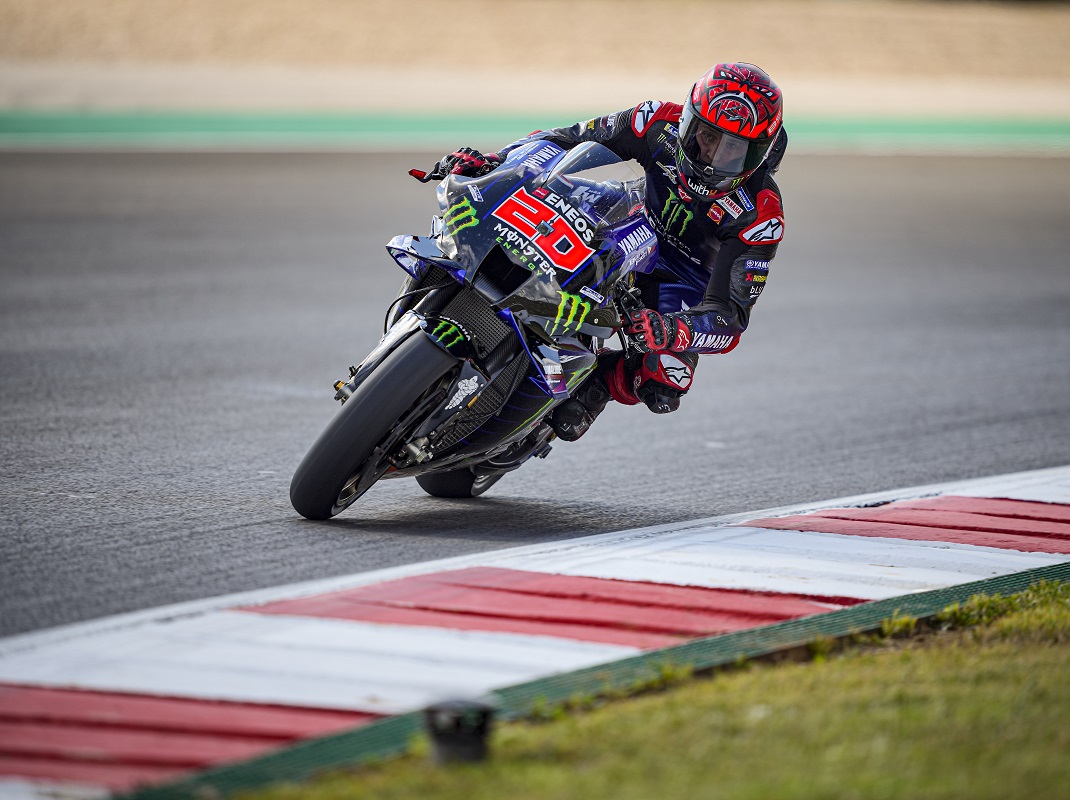 Quartararo lapped the 2.891-mile, 15-turn Algarve Int’l Circuit in 1:38.862 to become the third MotoGP pole winner in as many rounds this season.

Team Suzuki Ecstar’s Alex Rins was less than a tenth of a second off of Quartararo’s pole-winning time, posting a lap of 1:38.951, with Pramac Racing’s Johann Zarco completing the front row with the third-fastest time of the final qualifying session at 1:38.991.

The result gives three of the major manufacturers – Yamaha, Suzuki and Ducati – representation at the front of the grid for Sunday’s 25-lap headliner.

Meanwhile, after advancing into Q2 from a frantic Q1 session earlier in the day, Marc Marquez will make his return from injury to Repsol Honda from the sixth starting position.