Bolts' Callahan to long-term IR with back issue 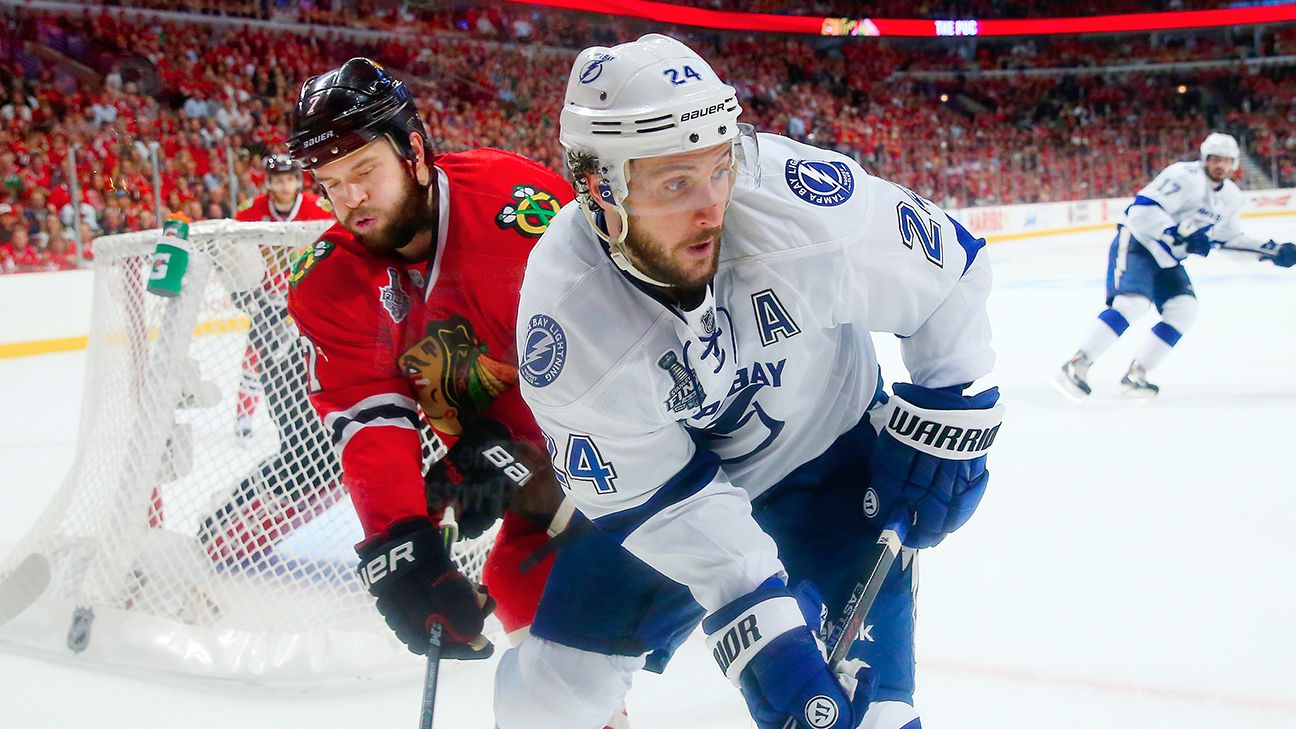 Tampa Bay Lightning forward Ryan Callahan is being placed on long-term injured reserve after he was diagnosed with a serious back issue, the team announced.

General manager Julien BriseBois said that doctors recommended that he no longer play hockey because of degenerative disc disease of his lumbar spine.

"He's such a proud competitor, such a fierce competitor. I know he was planning to not only play out this contract, but sign another contract after that," BriseBois said, according to NHL.com

The 34-year-old Callahan had seven goals and 10 assists in 52 games last season. He was a candidate to be traded this offseason as the Bolts try to create cap room to pay restricted free agent Brayden Point. Callahan has one year left on his contract with a $5.8 million cap hit. The Lightning will now be able to exceed the cap to fill out their roster using an LTIR exemption.

Callahan was acquired by the Lightning from the Rangers in 2014 in the deal that sent Martin St. Louis to New York. Callahan responded with 24 goals and 30 assists to match his career high in points in his first full season in Tampa. But his numbers have declined precipitously since then as he battled injuries.

Callahan, who is a New York native, eclipsed the 20-goal mark four times in his career.