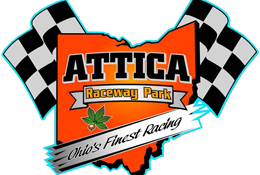 FREMONT, Ohio – D.J. Foos and his Burmeister Racing Team just seem to know what adjustments to make when Fremont Speedway slicks off.

The Fremont, Ohio, driver took the lead of the Fort Ball Pizza Palace 410 sprint feature on lap six and drove to the victory on Custom Metal Works Night Saturday evening.

Foos had to hold off several challenges from Fremont’s 2020 track champion Nate Dussel for his 18th career win at Fremont Speedway.

“I’m just so blessed to have this opportunity to drive for this team. The Burmeisters and Mike Sommers and all the guys work so hard on this thing. I thought I was too good too early but when the track slicks off like this we shine. I tried changing lanes a few times and it paid off,” said Foos.

Craig Mintz and Travis Philo brought the field to green flag for the 410 sprint car A-main with Mintz grabbing the lead over Foos, Philo, Chris Andrews, Dussel and Ryan Broughton. Dussel quickly moved into third on lap three with Foos battling side by side with Mintz for the lead before edging ahead on lap six.  Foos was able to pull away slightly while Mintz battled with Dussel and Philo for the runner-up spot.

Dussel took second on lap 10 just before a caution flew. When the green reappeared Dussel applied heavy pressure to Foos for the lead but once things got going Foos pulled away ever so slightly with Philo taking third on lap 15. The car on the move was 12th-starting Cole Macedo who moved into fifth at the halfway point.

Dustin Stroup came alive with just five laps to go in the Fremont Federal Credit Union 305 Sprint feature and drove to his third career win at the track.

Shawn Valenti took the lead in the 20 lap Burmeister Trophy Dirt Truck A-main on lap five and pulled away for his 62nd career Fremont Speedway win. He is now tied with hall-of-famer Gug Keegan for second on the track’s all-time win list behind Art Ball.

Cory McCaughey dominated the dirt truck feature earlier in the night, which was a make-up from last week’s rained out affair. It was McCaughey’s sixth career Fremont win.