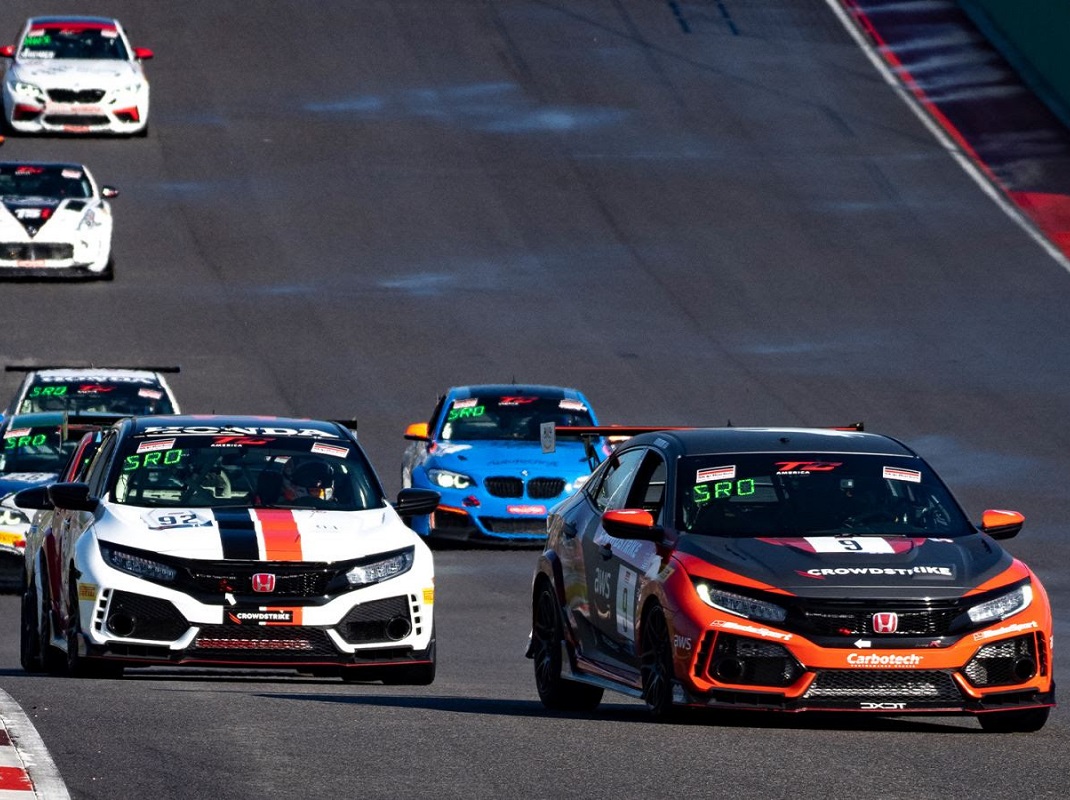 AUSTIN, Texas – Jacob Ruud and the No. 81 Classic BMW took a flag-to-flag win in round four of the TC America season at Circuit of the Americas Sunday.

It was Ruud’s fourth consecutive win to kick off the season.

After a disappointing overall finish on Saturday, Ruud came back strong on Sunday, winning by 31 seconds over his closest rival.

“I’m very comfortable on COTA in the dry, so I was able to start out in front and keep it there. Very happy with the team and car today!” said Ruud.

After a wet and rainy race on Saturday, the sun was shining early Sunday morning for the final TC America presented by Skip Barber Racing Schools round in Austin.

TCX championship leader Ruud led the field to the green flag with Samantha Tan and the No. 488 ST Racing BMW slotting into second position in class.

Back in TC, two Honda competitors pounced at the start on the pole-sitting and race one-winning Hyundai of Jeff Ricca, with Kevin Boehm and the No. 9 DXDT Honda taking over the lead with Eric Powell and the No. 2 Skip Barber Honda grabbing second in class.

TCA saw Carter Fartuch, who started seventh in class, quickly charge through the field and take the lead in the No. 16 Skip Barber Honda over Saturday’s winner Caleb Bacon and the No. 18 Forbush Hyundai.

Derek Jones and the No. 61 Mini ran third, with the No. 2 Honda of Mike Stillwagon stalking in fourth.

At the halfway point of the race, the TCA battle raged on as Fartuch and Bacon fought for the lead, with Stillwagon getting past the No. 61 of Jones, who would end up falling to ninth in class.

Two laps later, Bacon would slip past Fartuch for the lead, but incurred some slight body damage, dragging trim at the side of the Hyundai.

Seven minutes later, the final step for the TCX podium battle was hot as Steve Streimer’s No. 30 Hard Motorsport BMW gave John Hennessey’s No. 50 Classic BMW a love tap coming out of the final corner and won the drag race up the main straight to claim third position in class at Big Red.

Back in TC, Toby Gravhovec and the No. 26 Classic BMW would get past Ricca’s No. 78 Hyundai for third in class, but was 12 seconds behind Powell in second.

As the checkered flag flew, Rudd took the TCX class win ahead of Tan and Streimer.

Boehm claimed his second TC class win of the season, with Eric Powell and Toby Grahovec second and third.

“The team never stops trying to find the little things and it helps on and off the track,” said Boehm. “It’s a really strong crew and I couldn’t be happier.”

“It’s just great to get the win in the rain and back it up in the dry, I’m just so excited. Thanks to the crew!” said Bacon.

More in this category: « Xfinity Series Veteran Eric McClure Dies At 42 Two More For Dotson During California IMCA Speedweek »
back to top