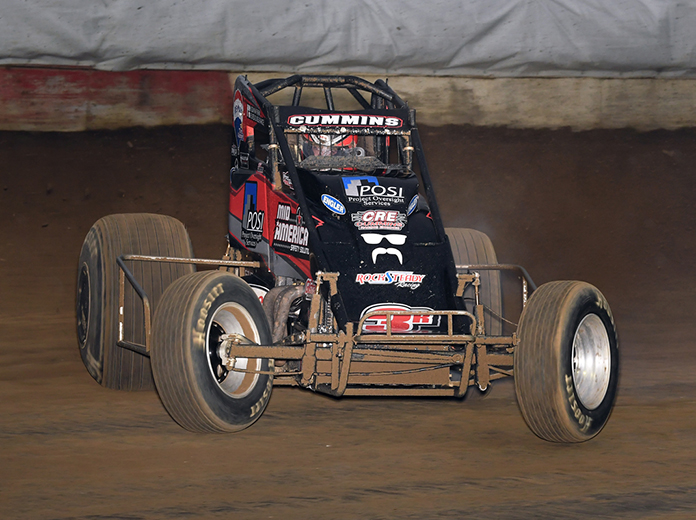 Following an opening lap flip by Robert Ballou, the race got underway with Nick Harris leading the opening lap after starting second. Behind him Cummins was already up to third and looking for more. Cummins blew by polesitter Tye Mihocko coming out of turn four on lap two to take second before setting his sights on Harris.

Running the top to perfect, Cummins roared past Harris coming out of turn four on the fourth circuit to take the race lead.

The only thing that could slow Cummins down at that point was the caution flag, which would fly twice for cars flipping in turn one. The first victim was Max Guilford, with Cole Bodine following suit a few laps later.

Those would be the only slow downs during the 25-lap feature, with Cummins taking the checkered flag well clear of runner-up Carson Short.

“Best car I’ve ever had at Terre Haute in my life,” Cummins said after emerging from his car. “It made me feel comfortable and when I’m comfortable I can get on it.”

Jadon Rogers was third, followed by Chase Stockon and Mihocko.

More in this category: « Hafertepe Leads Them All At Tri-City Two More For Dotson During California IMCA Speedweek »
back to top